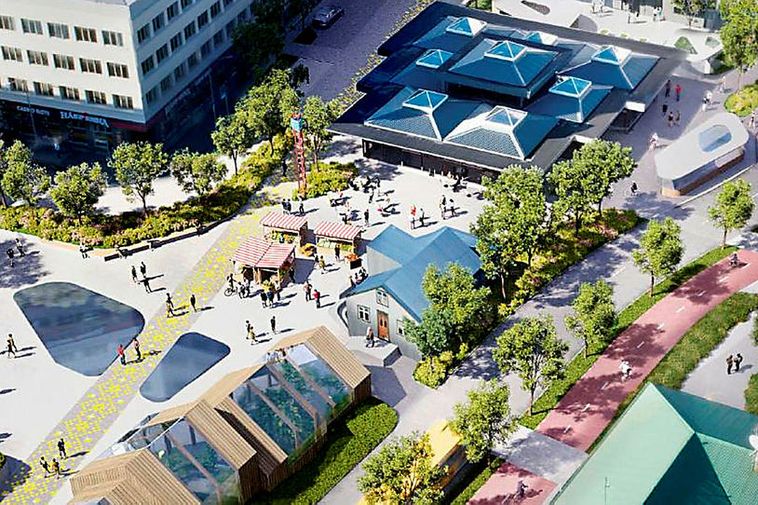 This is what Hlemmur square may look like in the future. Drawing/Dagný Land Design
Vala Hafstað
vala@mbl.is

There are plans to create a large pedestrian zone around Hlemmur square in Reykjavík. Work on the project is set to begin next year, Sigurborg Ósk Haraldsdóttir, chairperson of the city’s planning and transport committee, tells Morgunblaðið.

The City of Reykjavík held a contest for future planning for the area in 2017. The winners of that contest, architect offices Mandaworks and Dagný Land Design were selected to conduct further planning and development.

A study done last summer showed that during an eight-hour period, the Hlemmur area was visited by 23,000 pedestrians, 1,400 cyclists and 7,000 motorized vehicles.

The idea is to move the Reykjavík Police Station away from Hlemmur.  “Of course, we’re considering making Laugavegur a pedestrian street in the future and Hlemmur [a pedestrian zone],” Sigurborg states.

Hlemmur, she notes, will be one of the city’s main shopping squares. It will have room for food carts, vendor booths and the old wooden house Norðurpóllinn, which will be moved there.

Traffic on Hverfisgata may be reviewed, possibly limited to public transport only.