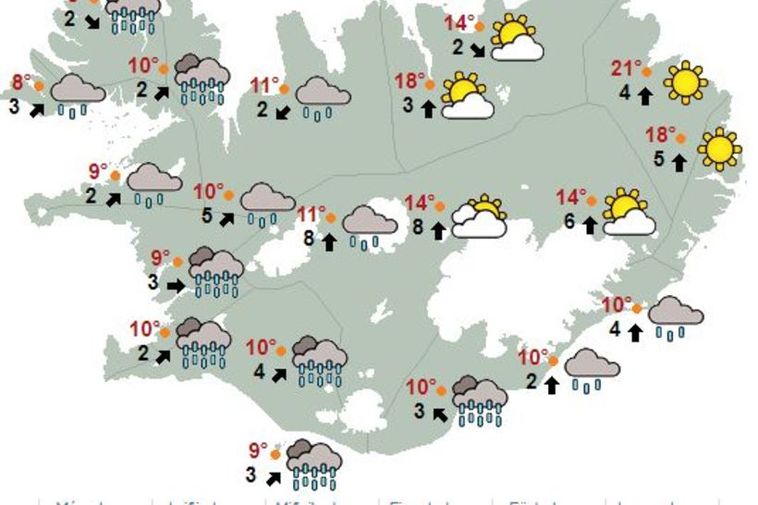 Image 1 of 2 Typical weather map for Iceland from June 29th, showing rain in the west and south and sunshine in the northeast and east. Screen shot/Icelandic Met Office
Image 2 of 2 Meteorologist Trausti Jónsson.

It is official. The weather in Reykjavík so far this summer has been excessively cold, wet and cloudy. This is confirmed in meteorologist Trausti Jónsson’s blog, who has just posted a weather review for the first 14 weeks of summer. We are approaching mid-summer, which this year falls on the 29th of June.

Trausti reports that the summer so far has been exceptionally warm in the East Fjords, with some places seeing the warmest summer since 1949.

In Reykjavík, the average temperature so far this summer is only 7.7 degrees C (45.9 degrees F). With the exception of 2015, when respective number was 7.6 degrees C, one has to go back to 1993 to find such a cold summer.

Precipitation in the capital city has been unusually generous, or exceeding 300 mm (close to 12 in), or by far the most on record. Sharing a distant second place with 250 mm are 2014 and 1887.

Trausti reports that somewhat warmer days are ahead, although not dry ones, but he does not guarantee that the warmth will last. In fact, historical records show that July and August tend to work in unison more often than not, when the weather is concerned. “They are, in fact, the only two months to cooperate to a statistically significant extent,” Trausti concludes.

Clearly, the residents of Reykjavík would not profit from such cooperation.

Related news: Our Moment in the Sun