Our Moment in the Sun 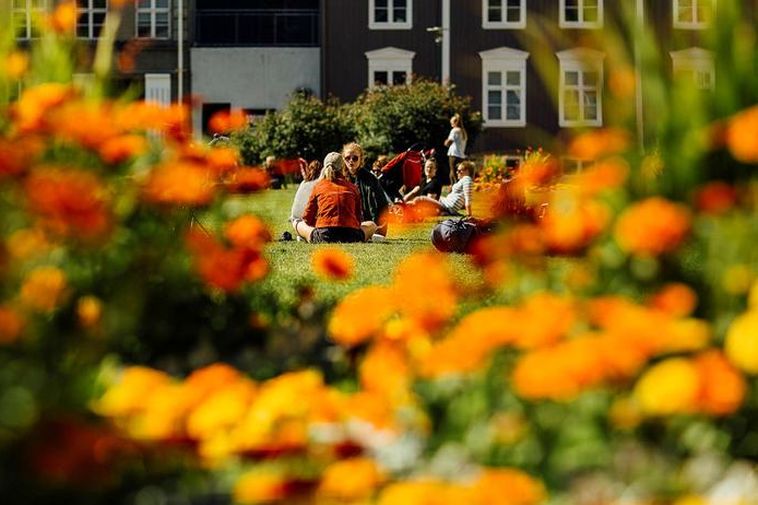 Residents in the southwest part of Iceland could hardly believe their eyes when they took a lunch break today. Outside, they saw something they had not seen in weeks, namely sunshine. Some decided to look twice, fearing they were daydreaming or hallucinating.

Slowly, terraces outside workplaces filled with workers on lunch break, raving about the weather. Some remarked they had not seen glittering leaves since last summer, while others did recall one Wednesday in June when the sun made a rare appearance. That same day, many residents of the capital suddenly had the energy to purchase flowers for their balcony, which they planted with great care. That happened more than a month ago. Not a single flower on a balcony in Reykjavík has required watering since that day.

Until now, we, the residents of Reykjavík, have bitterly watched the weather report every night, where bitter meteorologists and news anchors have reported no change in the weather night after night, grudgingly remarking that, as usual, it is the East Fjords that have been granted sunshine, not us. One night, the news anchor coundn’t avoid adding to his report, “There is no prize offered to those who can predict where in the country the warmest temperatures are forecast for tomorrow.”

Those of us who haven’t had a chance to head out east to sunny fjords have engaged in conversation upon conversation about the impossibility of this intolerable situation continuing yet another day. All flights to sunny beaches sold out long ago. Batteries must be charged someplace before winter hits again, so away we fly.

But today, life is beautiful again, and the skies are clear. Even news reports of biting midges in the capital area can’t ruin our happiness. We’re determined to enjoy our moment in the sun.