Watch Icelanders do a snow "swim" 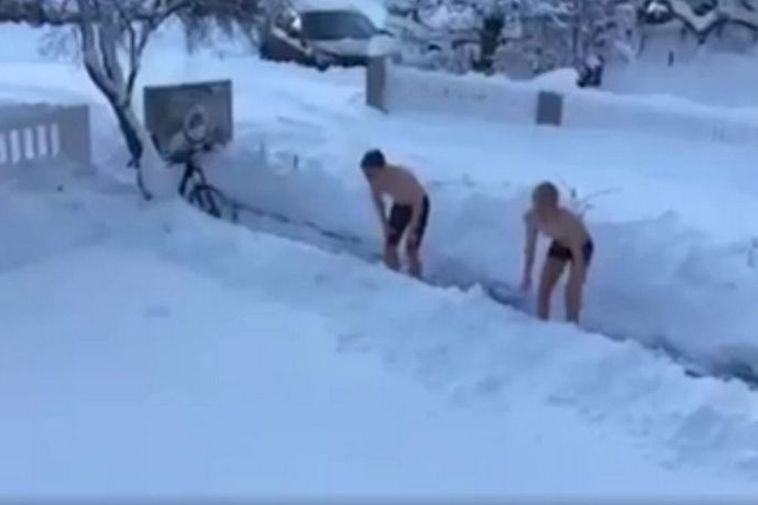 A new sports trend for winter? Screenshot/ Facebook
A video of two teenage boys in Reykjavik competing in a "snow" swim has gone viral in Iceland. On Sunday, people in the city woke up to a record amount of snowfall as such an amount of snow in one day is very unusual. The snowswim made news on Rúv this morning.
Kjartan Valgarðsson published this amusing video on Facebook, filmed by his daughter Ásdís of two teenage boys in the Hlíðar area of Reykjavik.  They're dressed only in swimming trunks and did a "snow" swim contest through the fresh thick layer of snow.
Facebook
Twitter
Email
Reddit