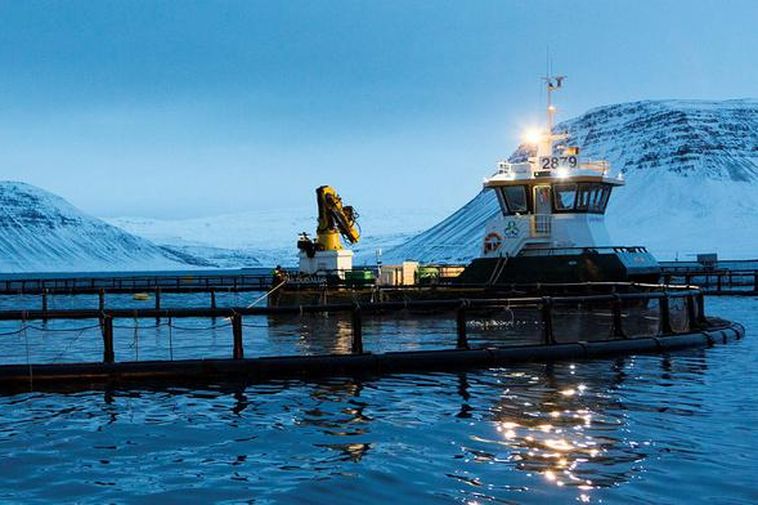 Farming salmon and trout has been a rapidly growing industry in Iceland over the last decade, much to the despair of anglers. The fear is that the farm fish will escape and compromise the ecosystem of surrounding rivers and fjords.

Companies that farm fish in the West Fjords have stated that the pens are completely safe. Last autumn however rainbow trout, which isn’t indigenous to Iceland and only lives on fish farms, was caught on numerous occasions in rivers all over Iceland.

Recently a large hole, 80cm x 50cm was found on one of the pens from Arctic Sea Farm, located in the West Fjords. Research has shown that the trout caught this fall was not from this particular pen, but there is no knowing how long the hole has been there and not yet known how much fish has escaped. The fish from the pen is sterile and free of any disease.

Orri Vigfússon, chairmen of NAFS (North Atlantic Salmon Fund) criticizes Icelandic Food and Veterinary Authorities’ surveillance of the fish farms, calling the industry “out of control”. The trout is from USA and the salmon is from Norway, “it doesn’t belong in Icelandic nature!”