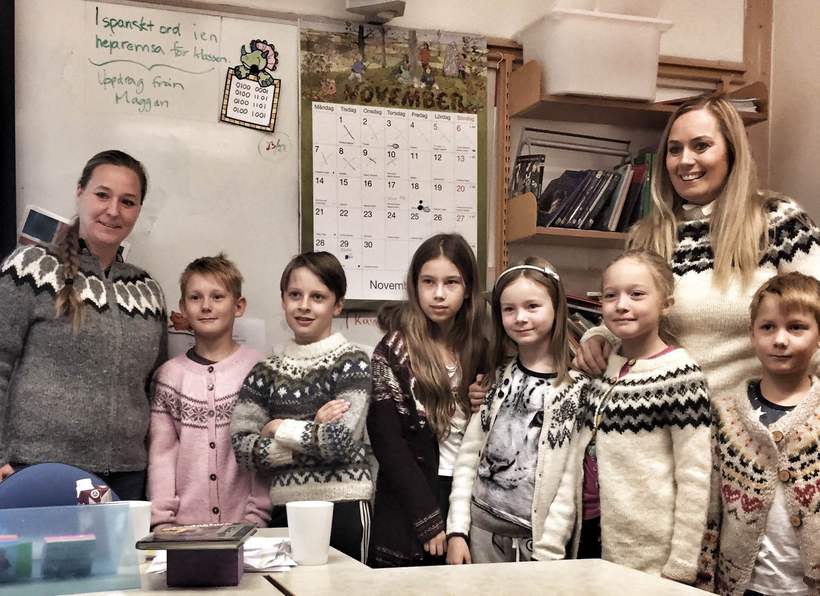 As part of celebrations for Saint Lucia’s in Sweden this week, the talented pupils of a Stockholm school learnt and performed the Icelandic version of a well-known Christmas carol.

Dögg Gunnarsdóttir, an Icelandic teacher at the Runbacka primary school in the Stockholm suburb of Sollentuna, taught the 6-9 year olds the Icelandic words to the carol English speakers know as ‘Good King Wenceslas’.

The pupils have spent the winter term learning a smattering of Icelandic and other foreign languages and incorporated this Icelandic song into the traditional Lucia celebrations for which Sweden is famous.

Swedish and Icelandic children communicating in their respective classrooms.

Gunnarsdóttir was assisted by fifth-grade pupils from Háteigsskóli in Reykjavik, who practised the Icelandic version of the carol (‘Bjart er yfir Betlehem’) and other songs with the children using videos and Skype.

You can see the video of the children’s performance and have a bash at singing along yourself with the lyrics below: