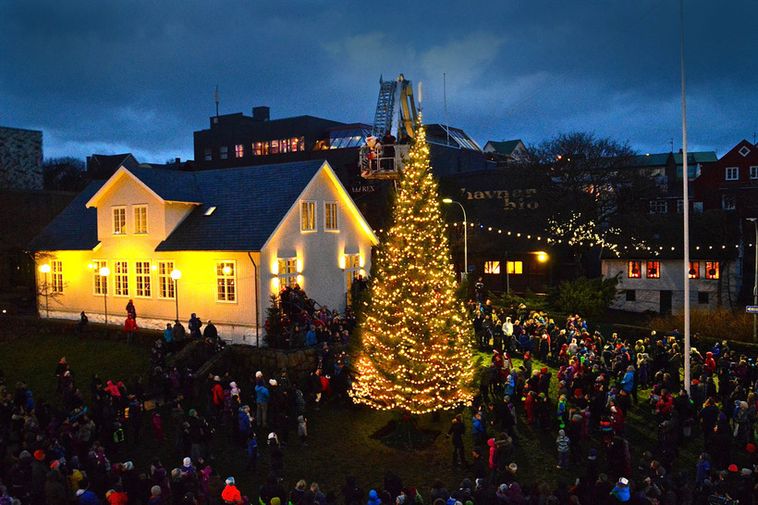 Reykjavik City has for the first time ever gifted an Icelandic Christmas tree to the Greenlandic capital of Nuuk.

The ten-metre tall tree comes from the Heiðmörk municipal conservation area in Reykjavik, and has been erected near the Hans Lynge primary school in the Qinngorput district of Nuuk. Head of the Reykjavik City Council Líf Magneudóttir will formally hand over the tree during a special ceremony later this afternoon.

After a speech by the Mayor of Nuuk Asii Chemnitz Narup, the lights will be turned on and Christmas carols will be sung in both Icelandic and Greenlandic.

A second tree from Heiðmörk has been sent to the capital of the Faroe Islands, Tórshavn – the fourth time that Reykjavik has made such a gift to the people of the country. Mayor of Reykjavik Dagur B. Eggertsson will formally hand over the tree during an official ceremony tomorrow.