Letter with no address goes viral 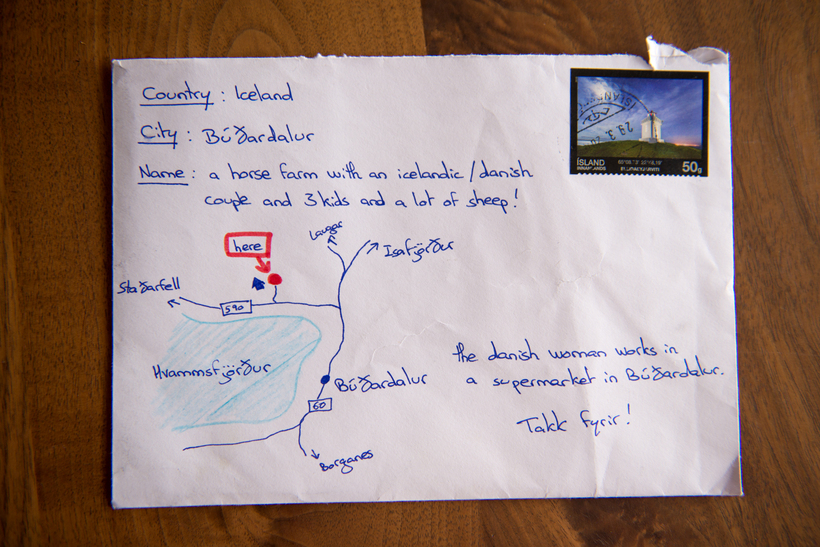 The letter had no address but arrived at the right location. Photo/ Skessuhornið

Farmer Rebecca Catherine Kaad Ostenfeld received this amusing letter, which has since gone viral, in May. In 2014, Ostenfeld also went viral with her footage of a crazy Icelandic storm which you can see here before.

The story of the letter was originally reported by local paper Skessuhornið and was later picked up on by media such as the Condé Nast Traveller.

"The letter was mailed in Reykjavík by a tourist who had visited the Hólar farm earlier in the year, but couldn’t seem to find an exact address, according to West Iceland news service Skessuhornið. The farm is considered a small tourist attraction in the area as it boasts a “mini zoo” where the owners encourage visitors to pet their horses, goats, sheep, pigs, and other animals. It does have an address, but when you search for the one listed on its Facebook page, you're placed smack dab in the middle of a lake."

The letter is now viral on IMGUR and has resurfaced on a Redditt thread.

Interestingly, this is not the first time that farmer Rebecca Catherine Kaad Ostenfeld receives worldwide attention via the internet. In December 2014, Iceland Monitor published Ostenfeld's footage of a crazy storm filmed at her farm in Iceland.  The video, which went viral, can be seen HERE.

In the video, which Ostenfeld sent to us, you can hear her say in Danish, "Well, it's morning now. Let's have a look at the weather, the lovely Icelandic weather," before she opens the front door.

The blizzard became world-famous and resulted in a video news report which you can see HERE.