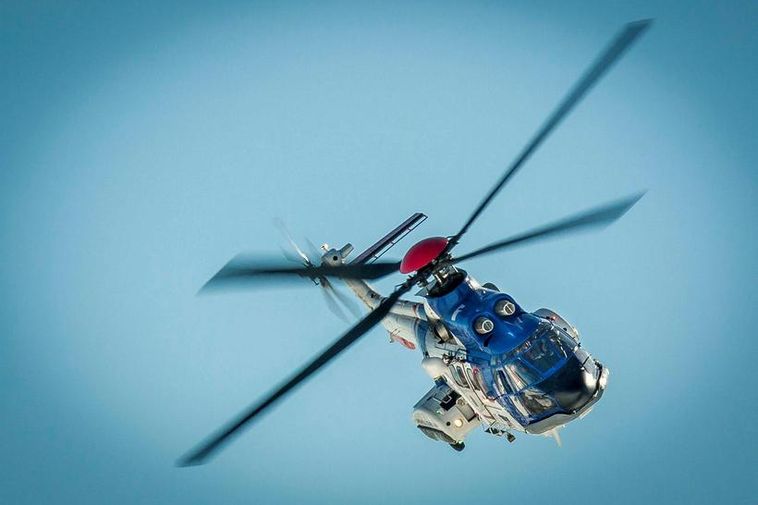 The wedding photographer CM Leung captured a pretty amazing moment during a wedding photo shoot in Iceland earlier this month. A search and rescue helicopter from the Icelandic Coast Guard flew by the bride, dressed in a white wedding gown on a black glacial ridge.

The photograph was taken on July 15th, when search and rescue operation was underway near Sólheimajökull glacier in South Iceland, but as it happened, Leung was doing a wedding photo shoot nearby. When the helicopter took off, the photographer asked the bride to pose, but when the helicopter passed by, the downdraft messed up the dress, the hair, and the stoic moment.

View the video below. We saw this story on Metro.co.uk.