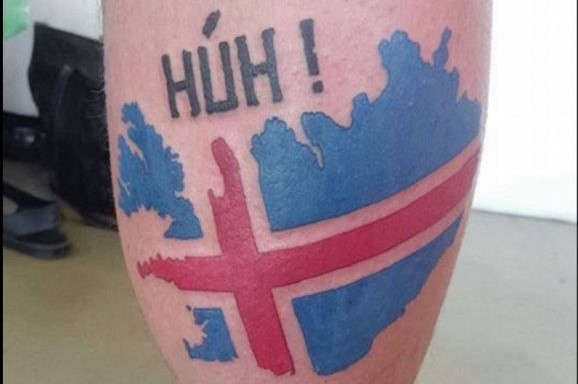 Iceland supporter Bjarni Þór Kristjánsson has taken football fandom to a new level by getting a tattoo on his calf of Iceland and the now-famous HÚH! Viking clap chant.

“I had wanted to get a tattoo of Iceland and the flag since I was seventeen, just because I love my country,” he says. “Once Iceland qualified for Euro 2016, I decided to go for it.”

MORE: One final Iceland HÚ! from football fans in Reykjavik

“Seeing all those wonderful fans in the terraces shouting ‘HÚH!’ filled me with national pride so I decided to add that to the design,” Kristjánsson explains.

He was not in France for Euro 2016 but is determined to follow Iceland to their next international tournament . He has been a life-long supporter of the Icelandic team Leiknir and England’s Manchester United. 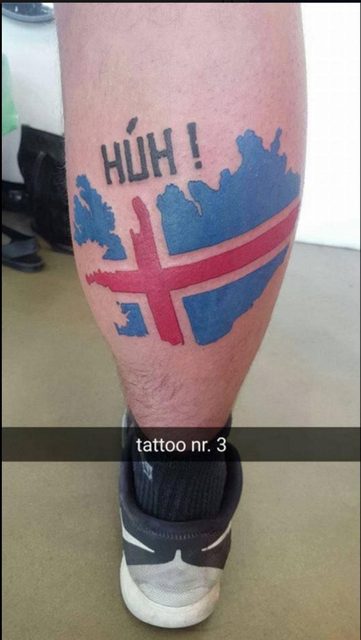