Support Iceland in Euro 2016 with your own Icelandic name! 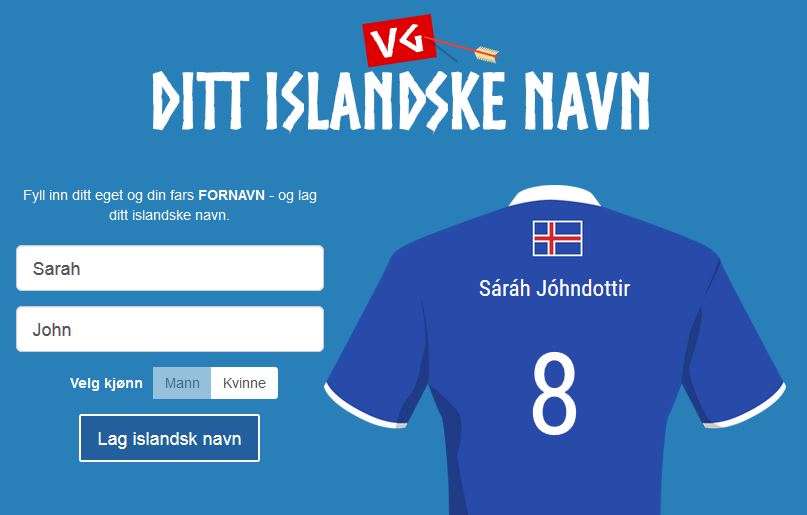 As Euro 2016 Iceland-mania sweeps the continent, a Norwegian news outlet has put together an amusing ‘Generate your own Icelandic name’ function for readers to play with.

The vast majority of Icelandic names consist of one of two given names followed by a patronyms – names based on the filial relationship with a male parent. 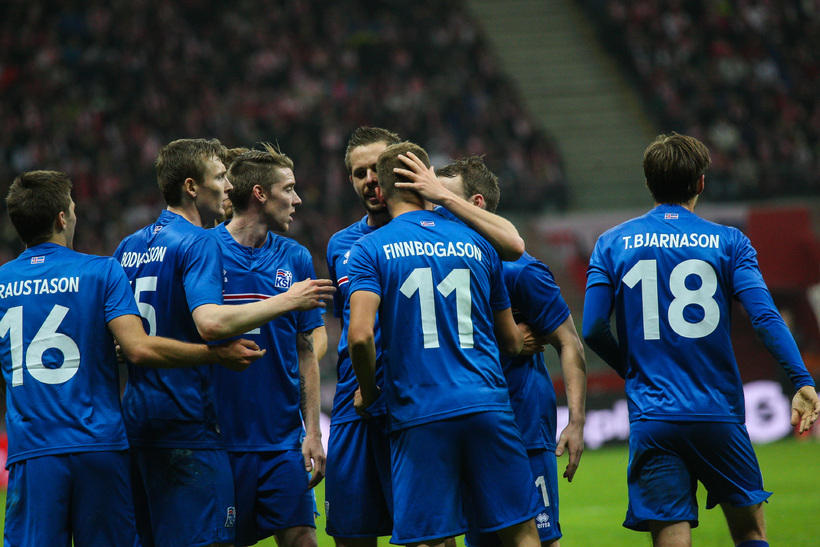 Lots of 'sons' on our TV screens at the moment... Photo: Foto Olimpik

Norwegian news website VG.no allows you to put your details in and generate a football shirt with your Icelandic name on it to post on social media.

A few tests run by Iceland Monitor suggest that VG haven’t totally nailed the niceties of constructing grammatically perfect Icelandic names, but the gadget is quite fun nevertheless!