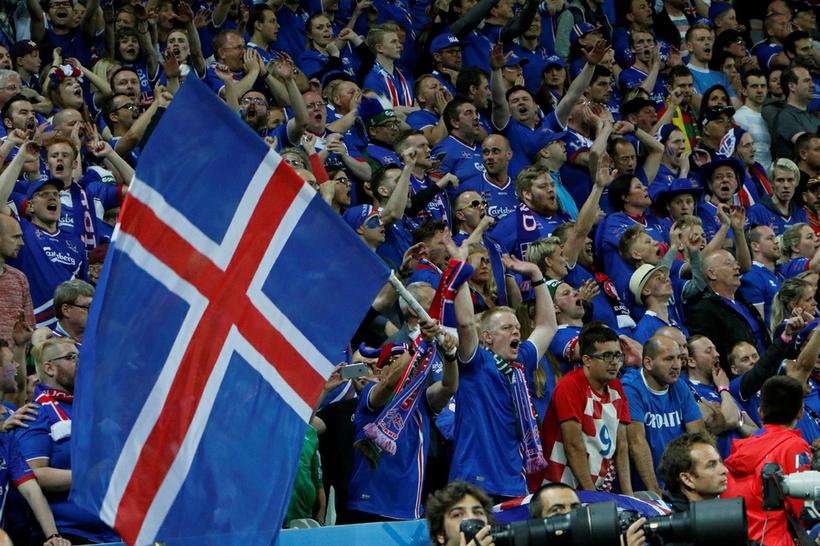 Who wouldn't have wanted to enjoy this party? Photo: Iceland Monitor/Skapti Hallgrímsson

As can be seen in the minute-by-minute graph below from Icelandic travel search engine website Dohop, searches for France rose during the half-time break and spiked after the final whistle.

According to Dohop, this spike was the single biggest jump between hours in the website’s history and “the amount of visits at the peak (9:20pm) is also the highest number of concurrent sessions on Dohop in many weeks.”

The second chart shows searches to France as compared to other destinations. 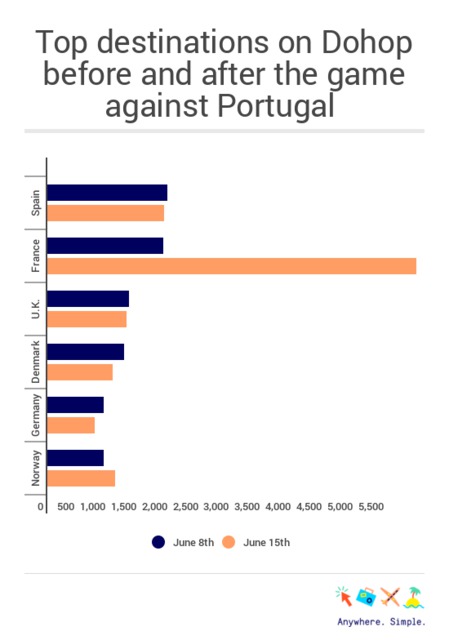 Do you know Iceland’s national anthem?