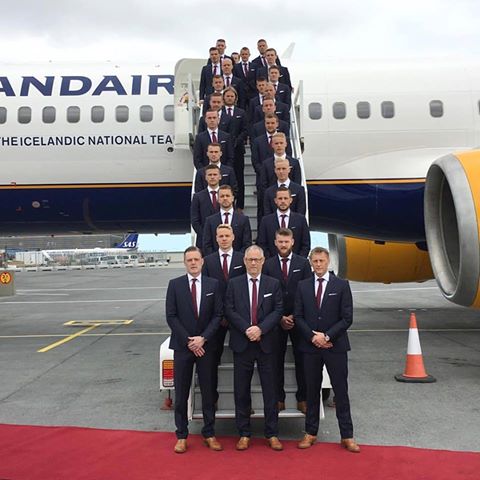 Iceland’s national men’s football have departed for France to compete for the first time ever in the UEFA Euro football finals.

Euro 2016 gets under way on Friday, with Iceland making their debut against Portugal next Tuesday.

The team was greeted by enthusiastic fans at Keflavík International Airport as they made their way to their flight to France, and posed for a group photograph on the steps up to the jet.

Iceland will be facing Austria, Hungary and Portugal in the group stages.