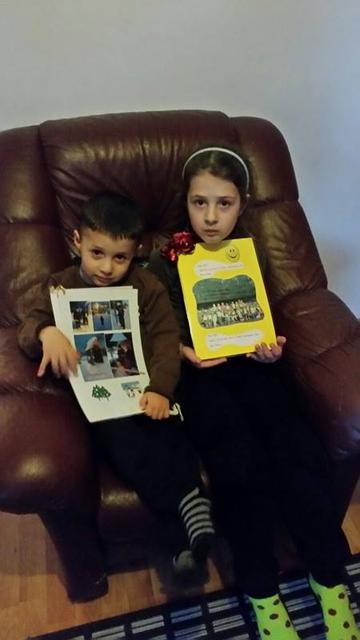 Kevi, aged three, and his sister Klea clutching their memento books from playschool before being deported. Photo: DV

There is a lot of outrage amongst the general public today following reports that an Albanian family with two young children, one of them suffering from cystic fibrosis, were fetched by police, taken to the airport and deported at 4 am this morning.

They were among a group of Albanian refugees all also deported from Iceland back to Albania via Germany this morning. No Albanian asylum seekers have received asylum in Iceland as, according to information at the Icelandic Directorate of Immigration, Albania is a peaceful democracy where there is neither war or a rule of fear. Speaking to mbl.is, Skúli Á. Sigurðsson, project manager at the Icelandic Directorate of Immigration dealing with asylum seekers each case is looked into specifically. "If the circumstances surrounding any of the cases involving Albanian citizens warrant international protection or asylum, the individuals in question will be granted such according to the law."

The press officer for the Icelandic Directorate of Immigration has been uncontactable this morning.

Three-year-old boy with a long-term illness

Kastrijot and Xhulia Pepoj and their children aged 3 and 5 were picked up from their home in Barmahlíð, in the Hlíðar district of Reykjavik in the middle of the night and transported in a coach along with other Albanians. Kastrijot was working for brick layer Hermann Ragnarsson doing construction work for three months in Reykjavik. Ragnarsson has been helping the family to settle in Reykjavik and plans to visit the family in Albania next summer.

Asked by mbl.is whether he had witnessed the deportaton last night he replies, "I just couldn't do it." He adds that the family were devastated at the news as they had wanted to stay in Iceland. Kastrijot feared for his life in Albania as his cousin has been in trouble with the law there. The two children had started playschool in Iceland and made friends. "Their son has a longterm illness, cystic fibrosis and here he had started to receive medicine here in Iceland that helped him. This medicine is not available in Albania."

The employer helped the family to settle

Ragnarsson didn't know Kastrijot was an asylum seeker when he started to work for him. "He had been working for me for two weeks when I found out, he'd received a phonecall from the Directorate of Immigration to go to a meeting there and I offered to give him a lift. He describes having stopped at Kastrijot's home first to pick up his wife and children who were supposed to accompany him to the meeting. "These poor little things had basically had to stay at home with their mother for six or seven months. They were hanging onto her dress, they were so shy. "

When Ragnarsson started looking into the matter and read a press report stating that the children of asylum seekers had the right to go to school and playschool he immediately started to help. He also helped them to obtain a car so they could drive the children to playschool. "I just don't understand it, he just wanted to work here in Iceland and to get by on his own. He wasn't trying to live off the welfare system."

MP for the Social Democratic Alliance Party, Katrín Júlíusdóttir wrote a statement on her Facebook page this morning deploring these actions. "A child with a long term illness in a beautiful family, shipped off in the middle of the night by police. They were looking for a better life. Why do people do this? They're taken from their jobs, their playschool, all social context, just because they didn't tick the right boxes? Ólöf [Nordal, Minister for the Interior] speaks nicely but she hides behind criteria which removes all humanity from our system. I'm ashamed."

Author Auður Jónsdóttir writes on Facebook that the regulations place the family in a rubbish bin because they're from Albania. "But the little boy is ill, and both children have adapted well at playschool and they had new friends. The father has an employer who supports him and cares for the family. The father is in danger of being murdered in Albania and the little boy can't get the medical care he needs. When he's having his worst episodes he can't even breathe."

Footage captured of the deportation

DVeports that the children's playschool teacher was in tears when she had to say goodbye to them, and that the children had received books with photographs of themselves with their best friends to take home as a keepsake. The children reportedly slept clutching these books.

The following video was published by Óðinn S. Ragnarsson when the family was deported last night. 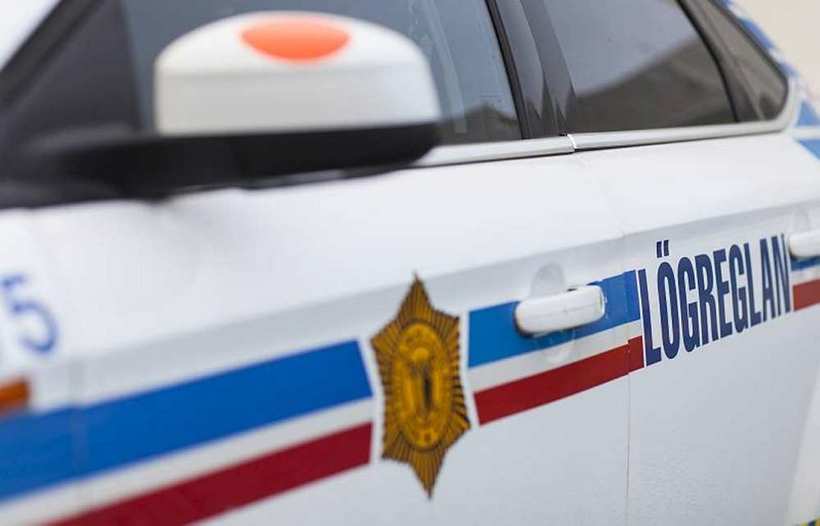 Public outcry in Iceland today asking why an Albanian family were deported in the middle of the night. Photo/mbl.is