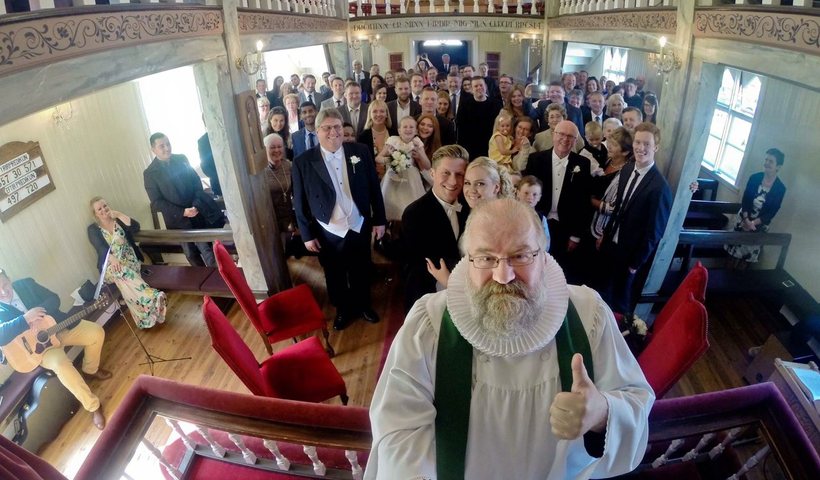 With the help of a 'selfie stick', Rev. Ægisson caught the entire congregration in one smily shot. Photo: Sigurður Ægisson

Iceland has been in the news before as a top destination for those seeking an older – even ancient – and more traditional kind of marriage ceremony. But it appears that Iceland is also ready, willing and able to embrace the other end of the spectrum, with one priest at least gladly incorporating the latest technology into his services.

Last month, Rev. Sigurður Ægisson joined Rögn­vald­ur Magnús­son and Birna Páls­dótt­ir in holy matrimony. Once the groom has kissed the bride, Rev. Ægisson deployed the now ubiquitous ‘selfie stick’ and took a clever group selfie of the happy couple and the entire congregation.

The idea of a group selfie came from Birna. “It was no problem at all – it’s not sacrilegious,” says Rev. Ægisson. “It’s perfectly fine to use new technology since it exists. It’s a great idea to have a photograph of that moment, just after the kiss.” 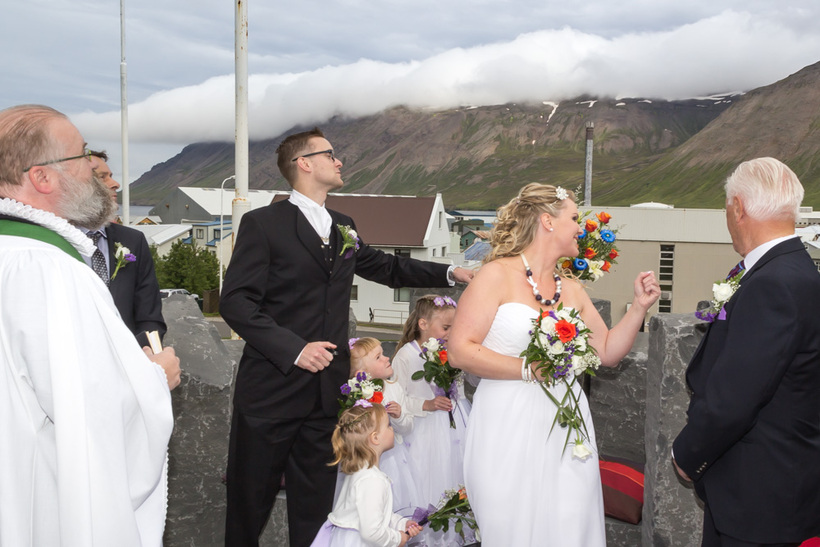 What are they waiting for...? Photo: Kristín Sigurjónsdóttir

Later in the month, Rev. Ægisson arguably went one better by presiding over a wedding where the traditional ring-bearer was replaced… by a drone!

“It was originally my father’s idea,” explains bridegroom Aron Guðnason. “My partner and I have three daughters and it would have been difficult to choose just one to be the ring-bearer. A relative of mine has a very nice drone, which he leant us.”

The wedding guests were amused and surprised to see the drone hove into view. The bride, Harpa Hauksdóttir, caught the suspended bag while the groom detached the ring. Guests has originally mistaken the sound of the drone for the sound of somebody mowing grass. 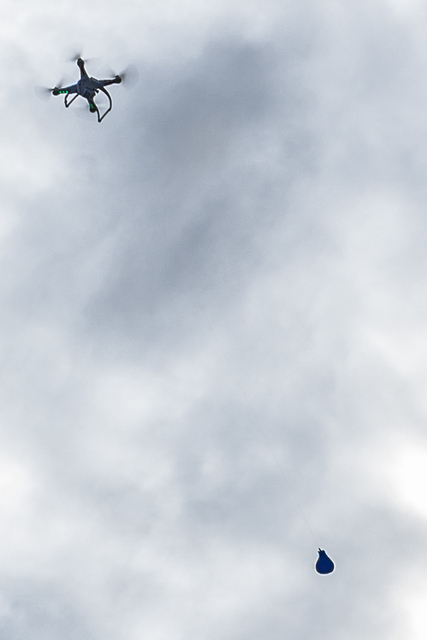 The ring is in a bag suspended from the drone. Photo: Kristín Sigurjónsdóttir