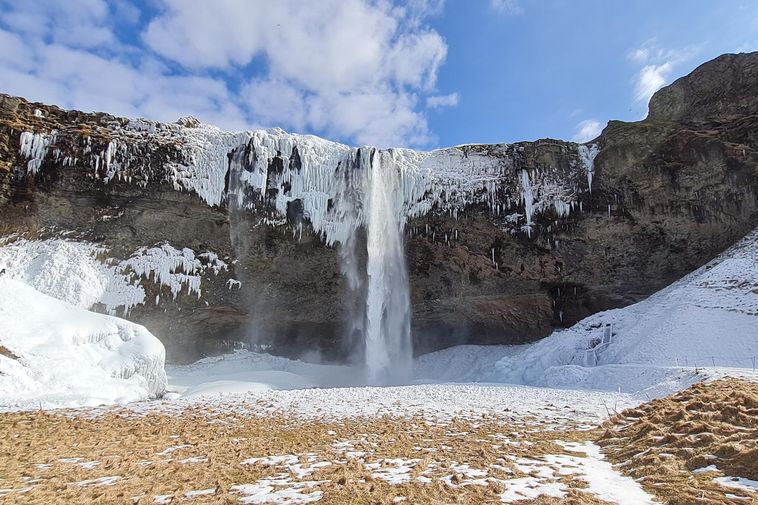 There is much need for construction projects by Seljalandsfoss waterfall, South Iceland, to ensure the safety of tourists, Morgunblaðið reports. There is need for a system of trails, observation platforms and rails, as well as measures to protect against falling rocks. Improvements are needed as well by the nearby waterfall Gljúfrabúi.

That is the conclusion of a risk assessment of tourist attractions in the municipality Rangárþing eystra, South Iceland.

The report was written by Guðrún Guðjónsdóttir, a student of environmental studies at the Agricultural University of Iceland.

It is popular among tourists to hike behind Seljalandsfoss waterfall, and the report states that you can assume the travelers who do so are not aware of the existing risk of rocks falling from the rock face.

“Although people familiar with the area are aware that it is fairly common for rocks to fall by Seljalandsfoss, it is generally not formally announced,” the report states.

Among the suggestions for improvement is installing a sign that warns of dangers, building permanent steps, improving access by building better trails and observation platforms, putting up warnings about the risk of falling rocks, installing ropes or chains for support, enacting measures to protect people against rocks falling from the rock face, and preventing people from hiking to the upper edge of the waterfall, due to danger they create for those standing below.

During the past decade, nearly ISK 20 million (USD 152,000; EUR 134,000) has been spent on infrastructure by Skógafoss waterfall, South Iceland — projects that have greatly improved tourist safety.