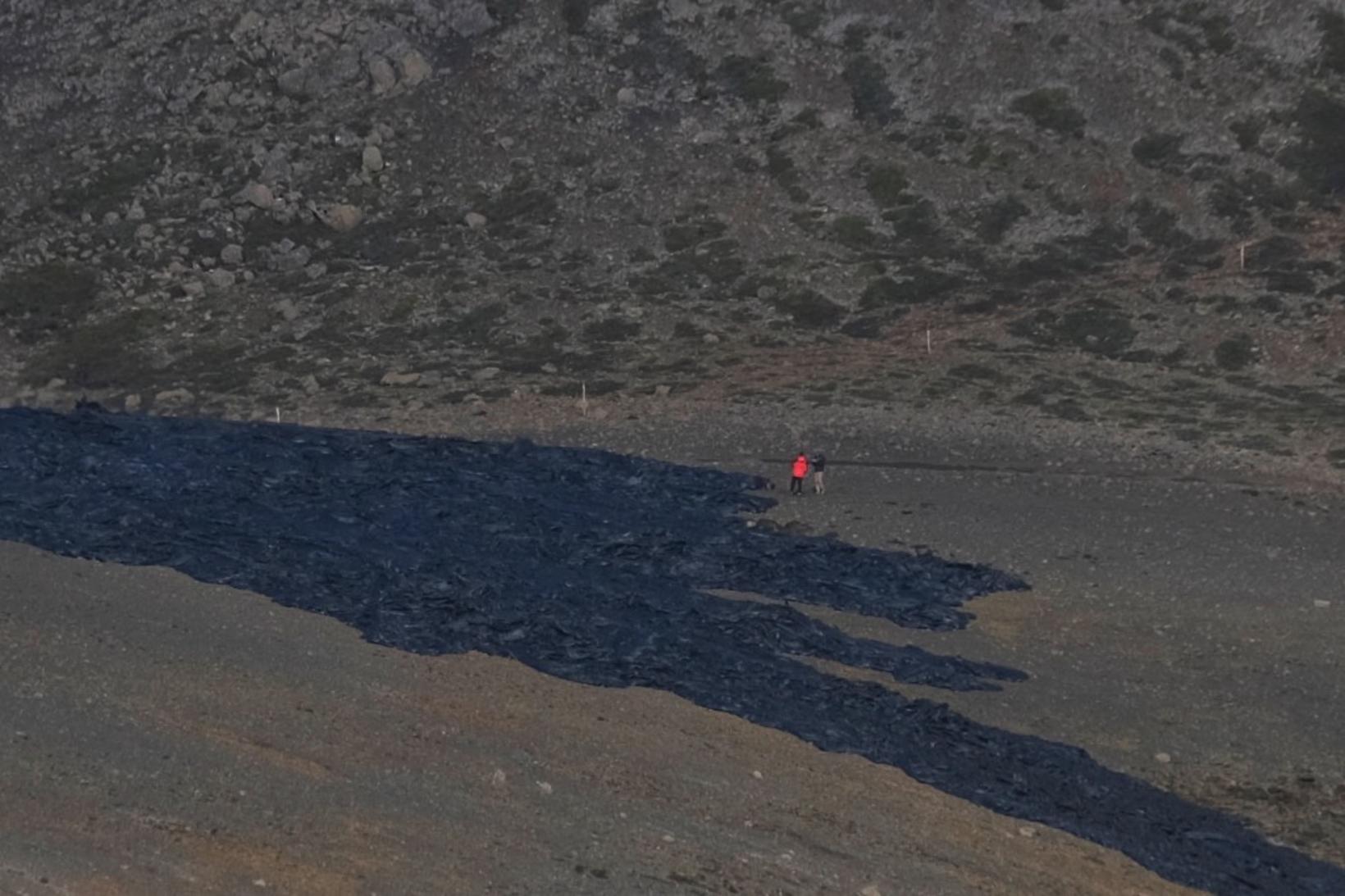 The two hikers near the lava flow. mbl.is/Kristinn Magnússon

The eruption site by Fagradalsfjall mountain, Southwest Iceland, is again open to the public, but the area was briefly evacuated yesterday when lava began flowing over one of the hiking paths (see our previous report here ). Intense heat and pollution accompanied the sudden increase in lava flow, and police and rescue workers feared for the safety of visitors, which is why they evacuated the area. 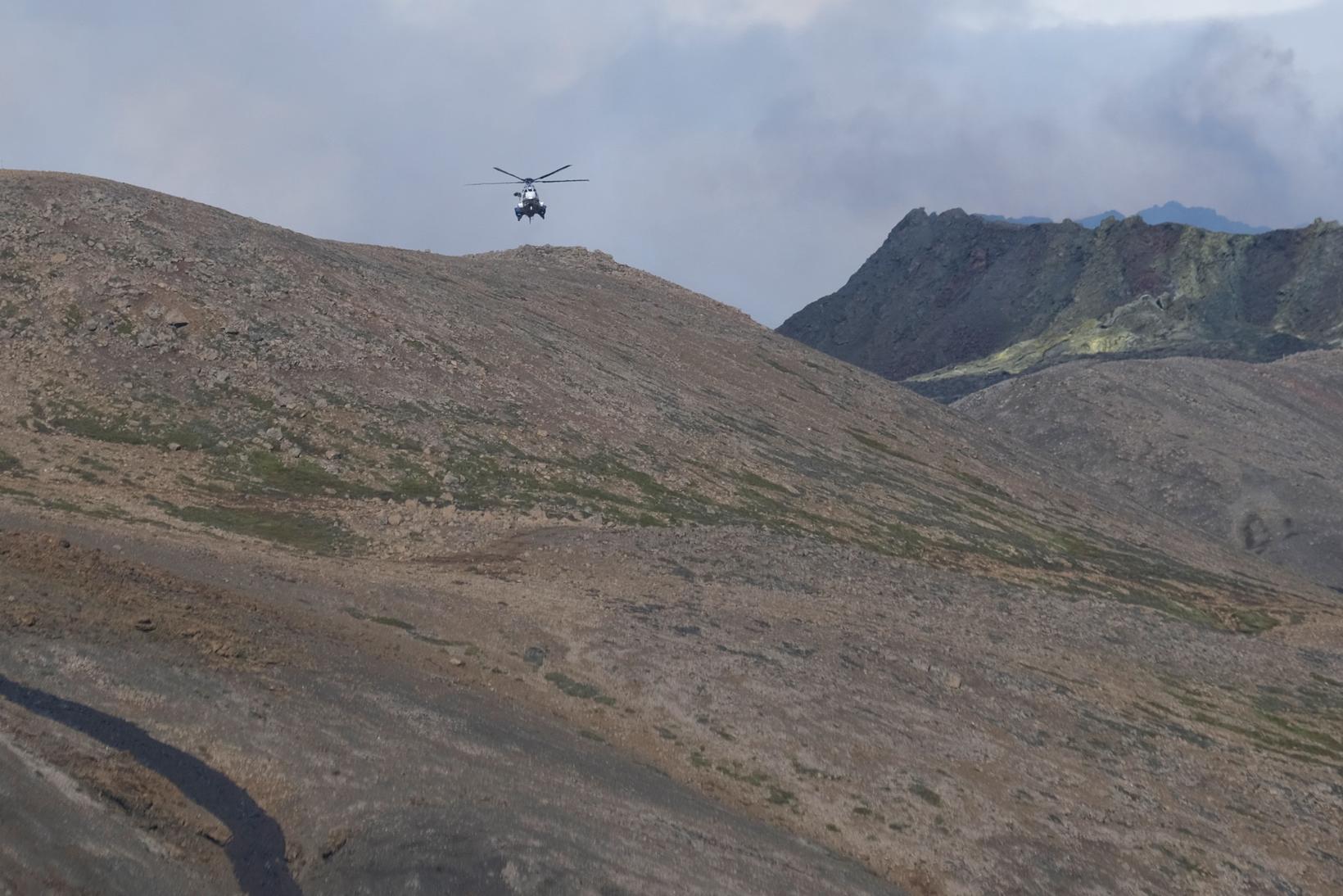 
Yesterday afternoon, the Icelandic Coast Guard helicopter picked up two hikers on a hill that used to be a popular observation point at the eruption site, mbl.is reports. The two had crossed recently solidified lava to get there. At the same time, the helicopter brought equipment to the hill from the Icelandic Met Office and specialists to install it. That was confirmed by Sigurður Bergmann, from the Suðurnes Police Department. He stresses that crossing newly solidified lava is very risky. 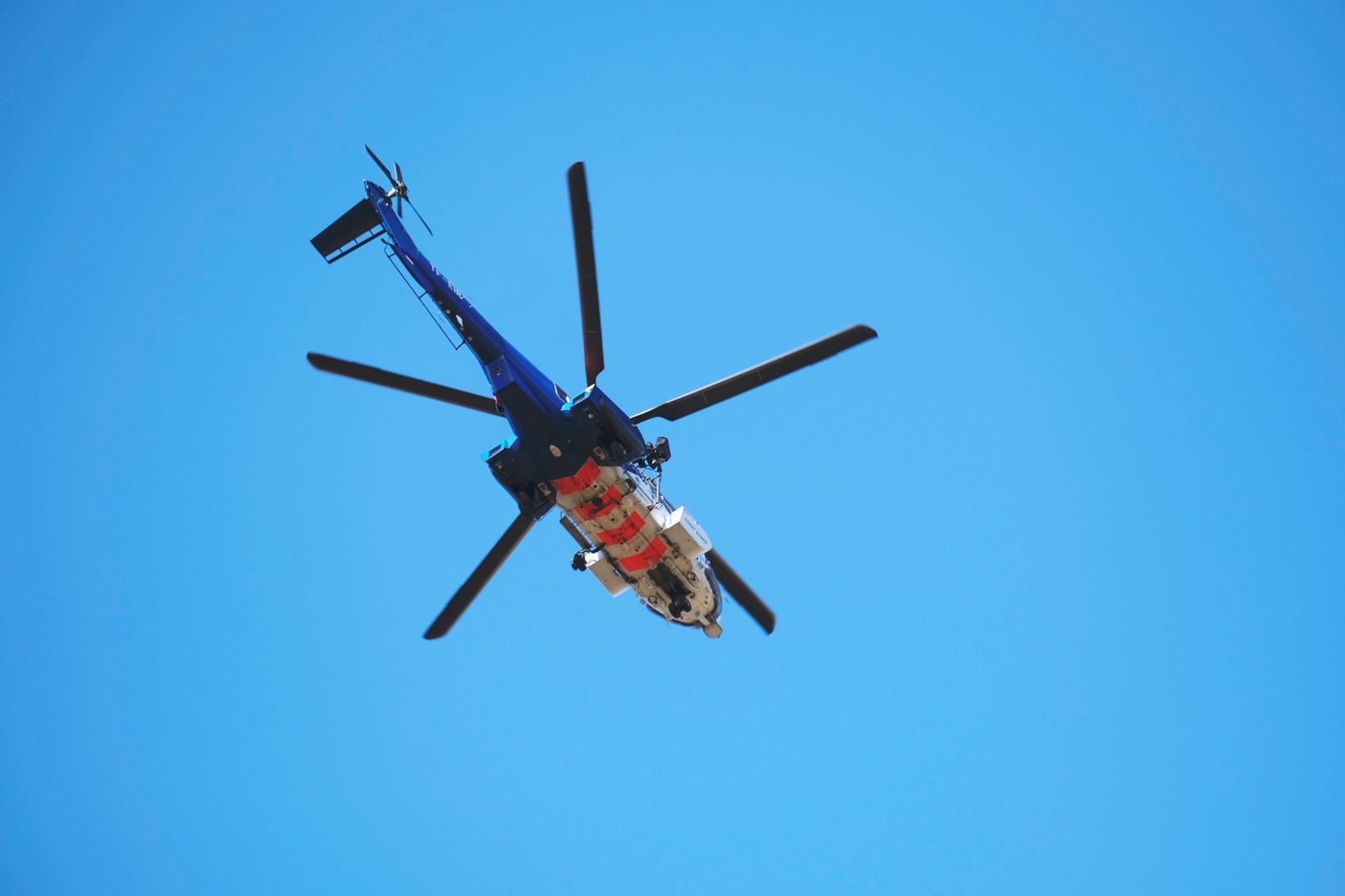 
Sigurður states that first responders were quickly able to control the situation at the eruption site by instructing hikers to leave the area where the lava was flowing fast. Hiking path A remains closed, but it was soon possible to reopen hiking path B, as well as the Langihryggur ridge hiking path. 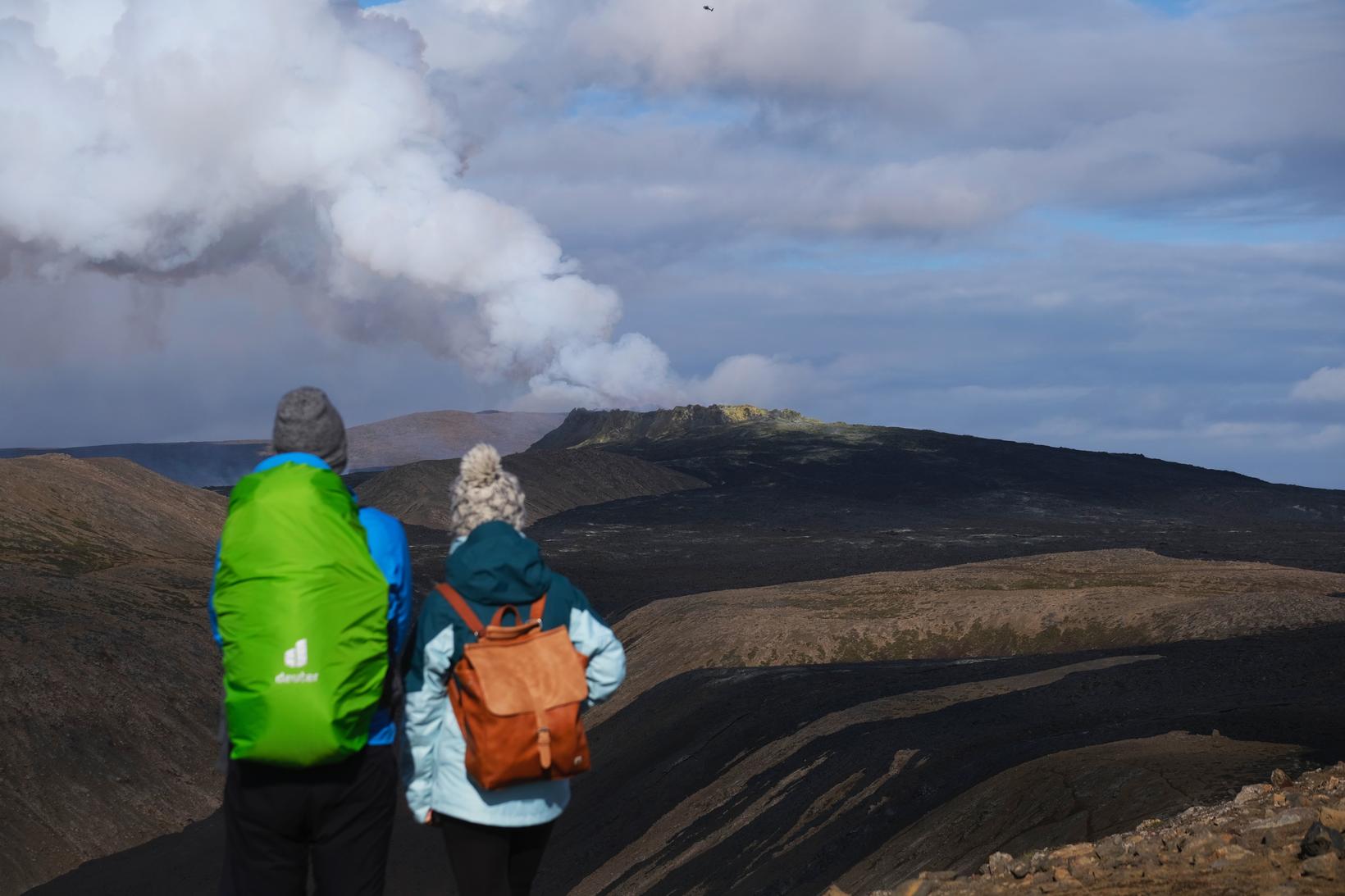 Sigurður states that the lava flowed somewhat more slowly later in the afternoon. Most people, he adds, respected the instructions of police and rescue workers. He stresses that under conditions such as those of yesterday, the danger in the mountain pass is real. There, rescue workers had to retreat, due to heat and pollution. “The heat was intense and the pollution substantial,” he notes.

First responders will remain in the area, he states, and they will update the public about developments.