Rescue teams in South Iceland were called out yesterday afternoon and asked to come to the aid of two foreign tourists who were in trouble on the Fimmvörðuháls hiking trail in the highlands, between Eyjafjallajökull and Mýrdalsjökull glaciers, mbl.is reports. This is the hiking trail that connects Skógar, South Iceland, to Þórsmörk. 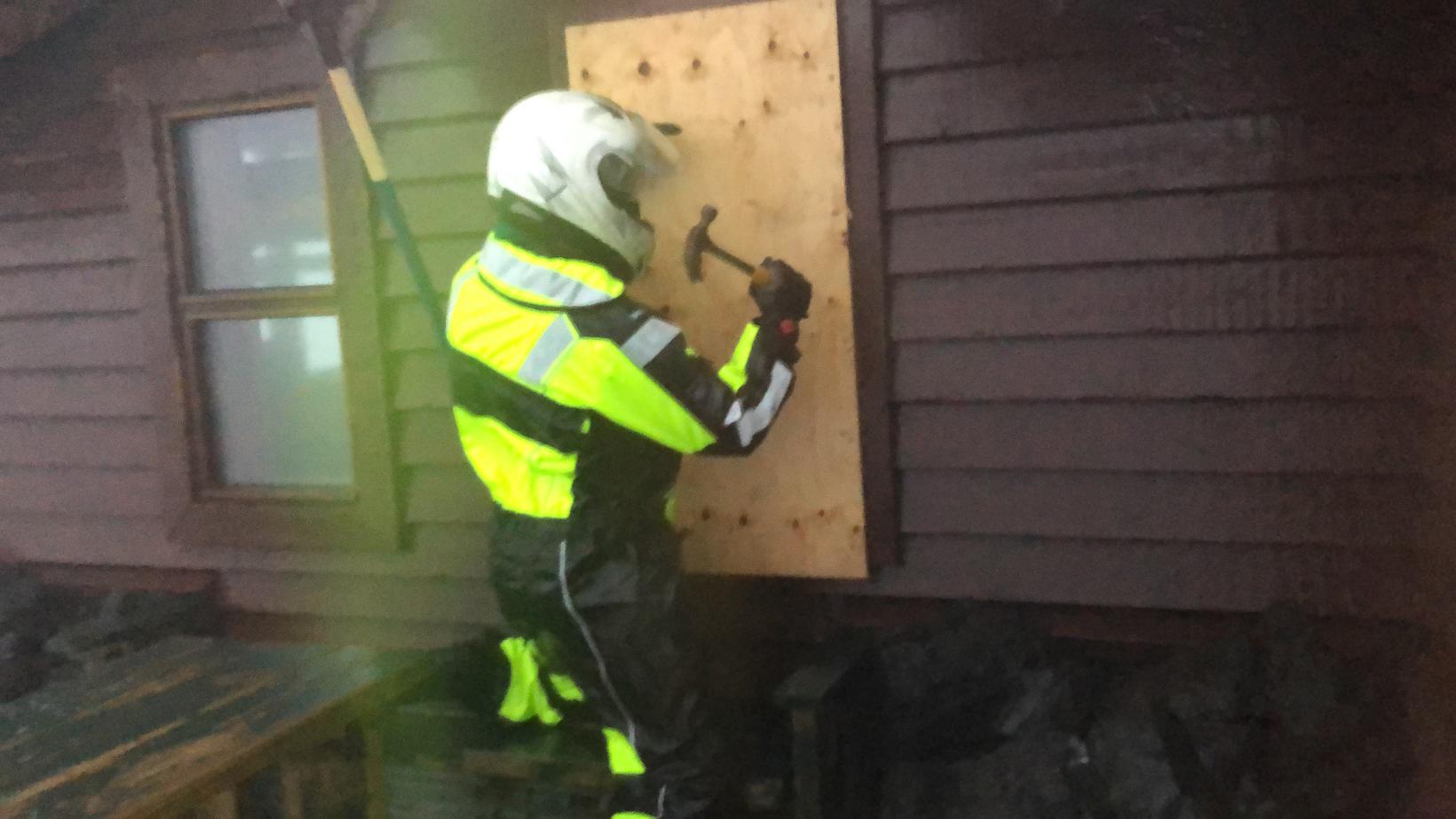 Rescue worker closes the broken window in the storm. Photo/ICE-SAR

According to Davíð Már Bjarnason, media representative for ICE-SAR, the Icelandic Association for Search and Rescue, the men seem not to have been aware of weather warnings in the area. They were wet and cold and decided to seek shelter from the severe weather in a cabin they found. Being unable to enter the cabin, they broke a window pane to get in. In the process, one of them suffered an ugly cut, after which they called the emergency line 112 to request help. 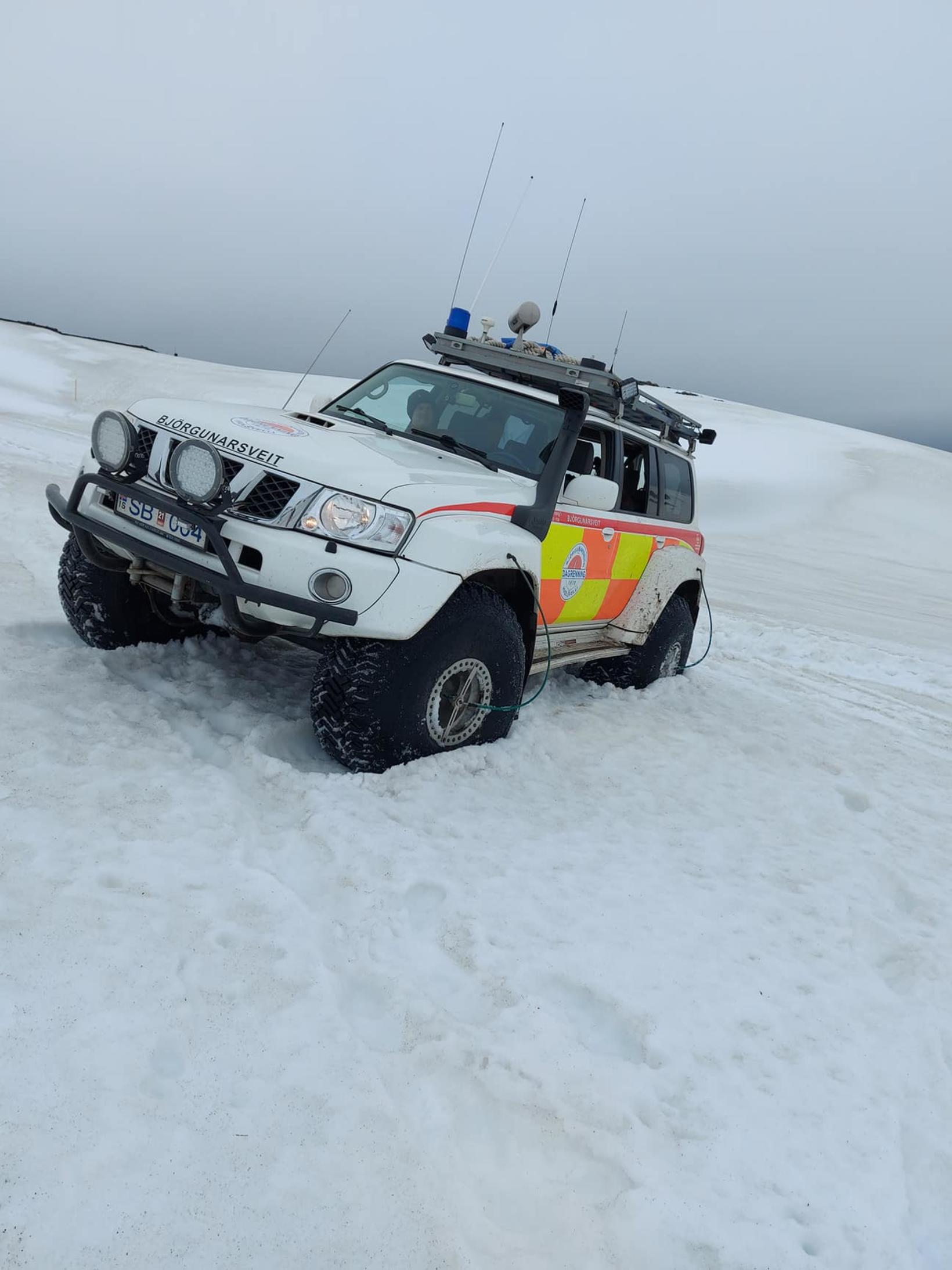 One of the rescue vehicles. Photo/ICE-SAR

Several rescue teams were sent up to Fimmvörðuháls, some on foot, others in rescue vehicles and on snowmobiles. By around 6 pm, rescue workers reached the men by Heljarkambur ridge.

Yellow weather alerts were in effect for the south and west yesterday, due to strong winds and heavy rain. In addition to being called out to Fimmvörðuháls, rescue teams were called out four times yesterday.

The weather in Iceland changes rapidly. Please follow the weather forecast on vedur.is and check travel conditions on safetravel.is , where you can leave a travel plan.