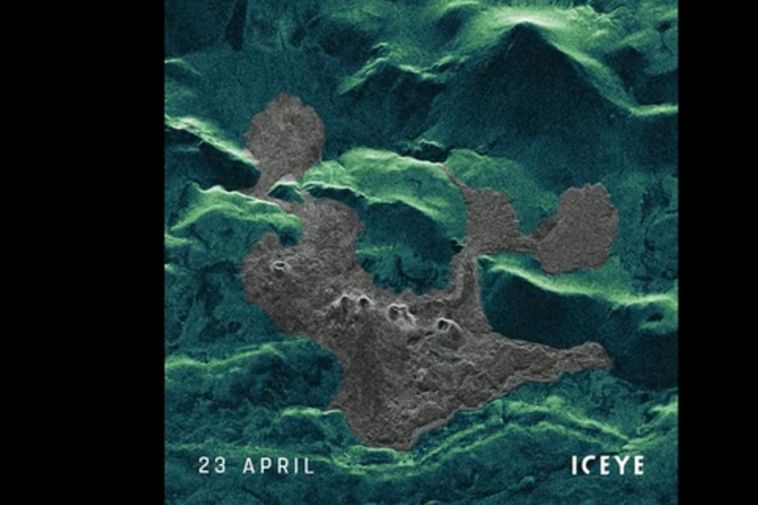 The volcanic eruption by Fagradalsfjall mountain in Southwest Iceland is being viewed from many different angles – even from space. Numerous satellites watch it, sending pictures to Earth. Radar satellites, first launched decades ago, make it possible to take images even when it’s cloudy or dark.

This technology is the subject of an article on bbc.com, quoted by mbl.is.

Large so-called Synthetic Aperture Radar (SAR) networks of spacecraft orbit the Earth, the largest of which is operated by Iceye, a company based in Helsinki, Finland. The company has 14 spacecraft circling the globe.  Six of them return to the same spot every day, creating images from the same height and angle. That makes it possible to create a “movie,” so to speak, of activity on Earth, such as the eruption by Fagradalsfjall.

See for yourself and find out what the craters and lava flow look like, seen from space, April 1-May 6.

An interferogram of Fagradalsfjall was created as well by comparing two aligned images from different passes over the same spot. That sort of image tells scientists how much the ground has moved, thereby helping them in earthquake research.