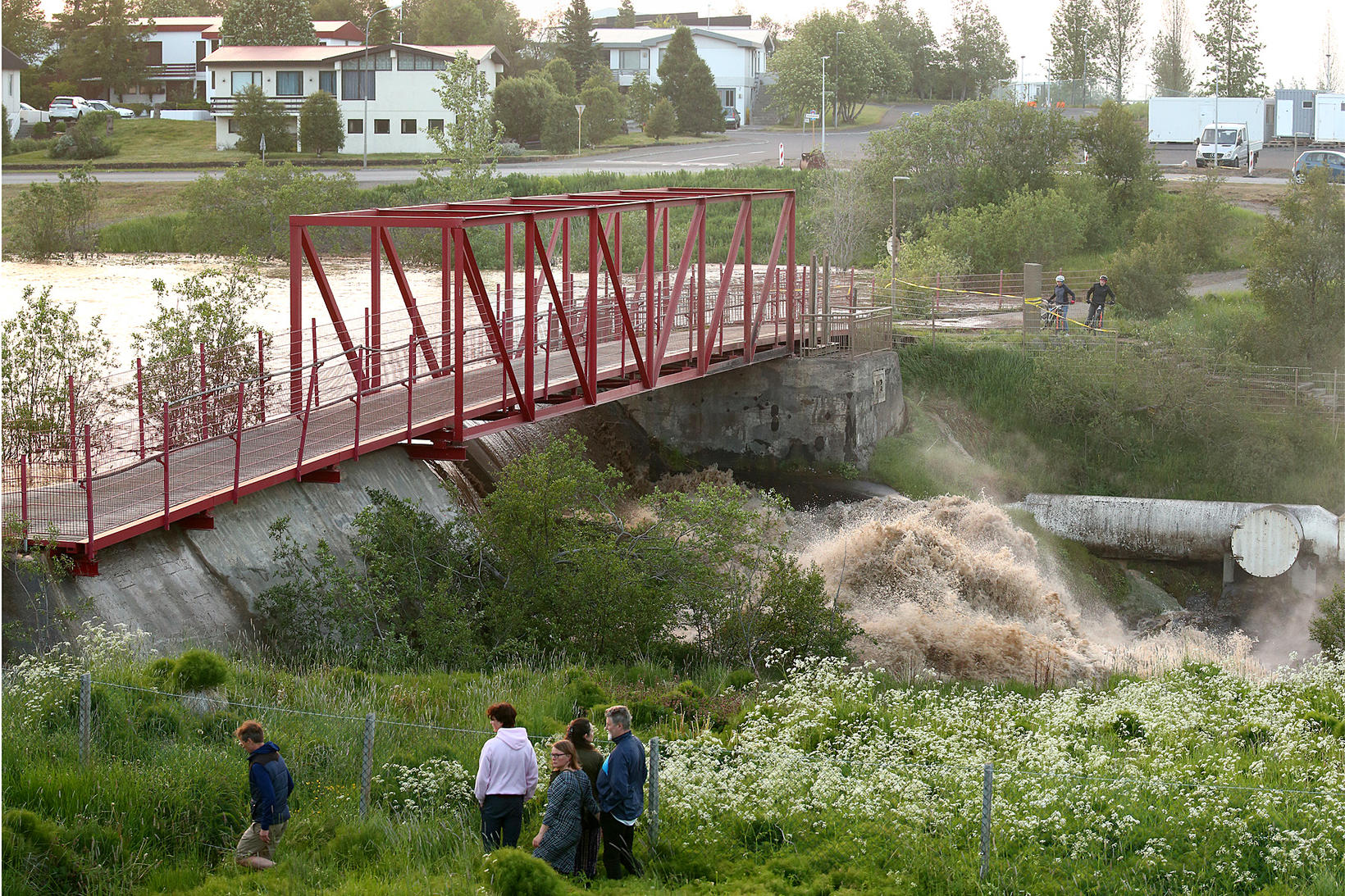 Unusually high water levels in rivers and streams in North Iceland caused the national police commissioner, in consultation with the Northeast Iceland chief of police, to declare an alert phase in the area yesterday afternoon, mbl.is reports. Roads and bridges have been damaged in the area. See our report from yesterday here . 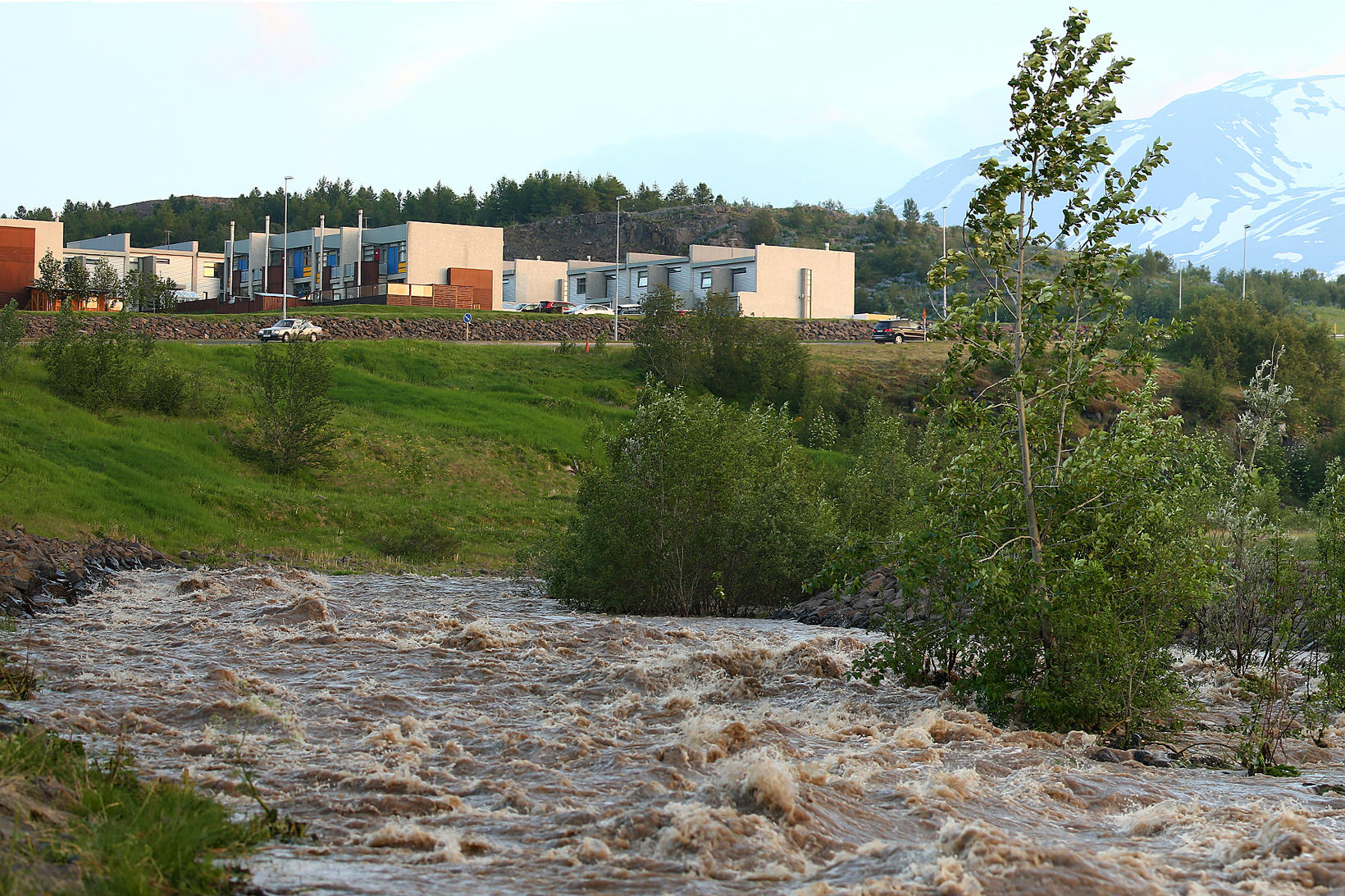 
The floods are the worst in the rivers Eyjafjarðará and Fnjóská. In Akureyri, the river Glerá is very swollen. Hikers have been advised to exercise caution when crossing unbridged rivers. The floods are caused by rapid snowmelt due to unusually warm weather. 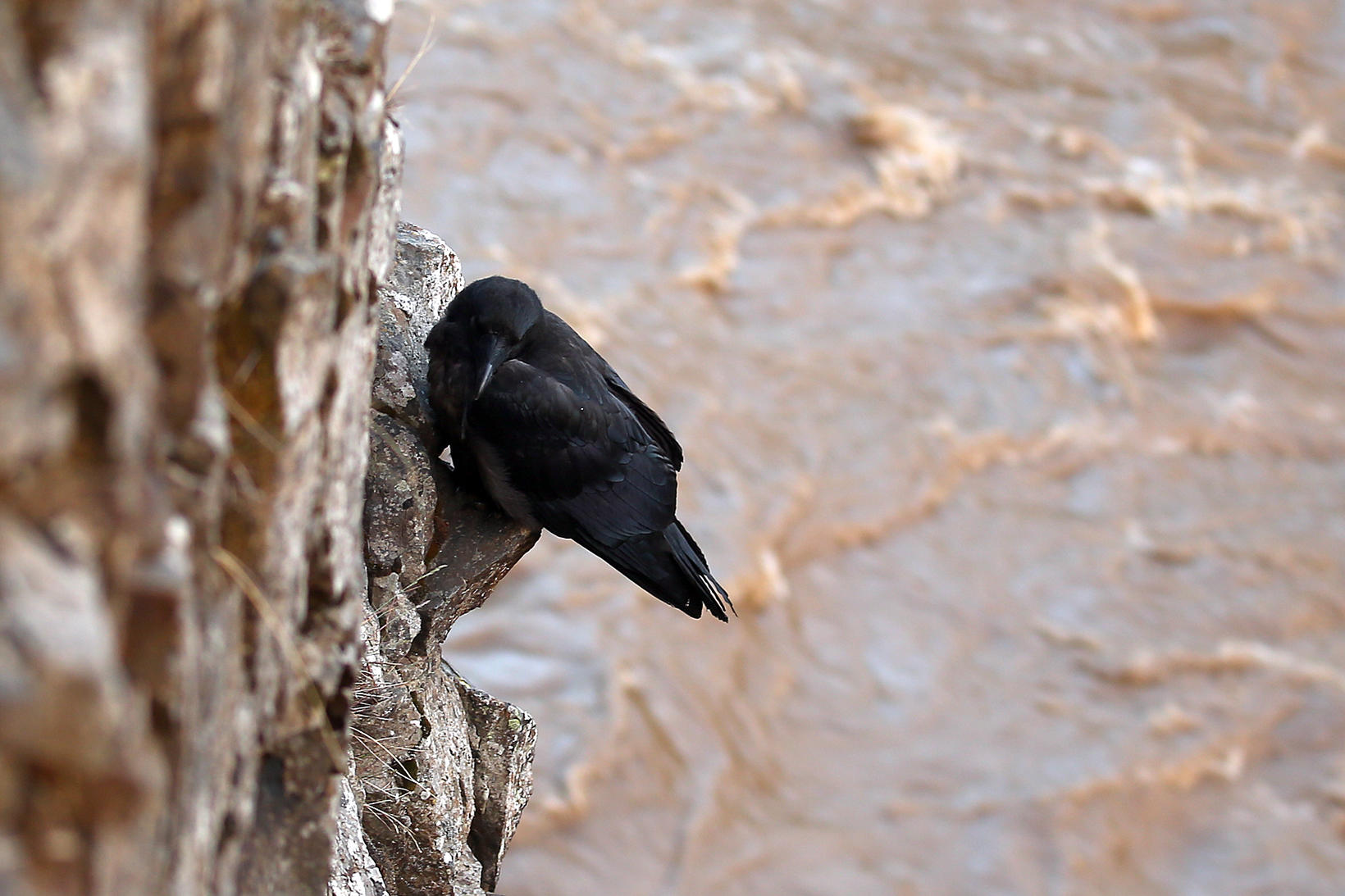 The raven is surprised. Photo/Þórir Tryggvason

Rivers that normally are calm and clear have suddenly become fast-flowing and rust brown in color, as the accompanying pictures clearly show. Attempts are being made to protect bridges where the water level is the highest. Take a look at the pictures and the videos, sent to mbl.is yesterday, to get an idea of how high the water level is. 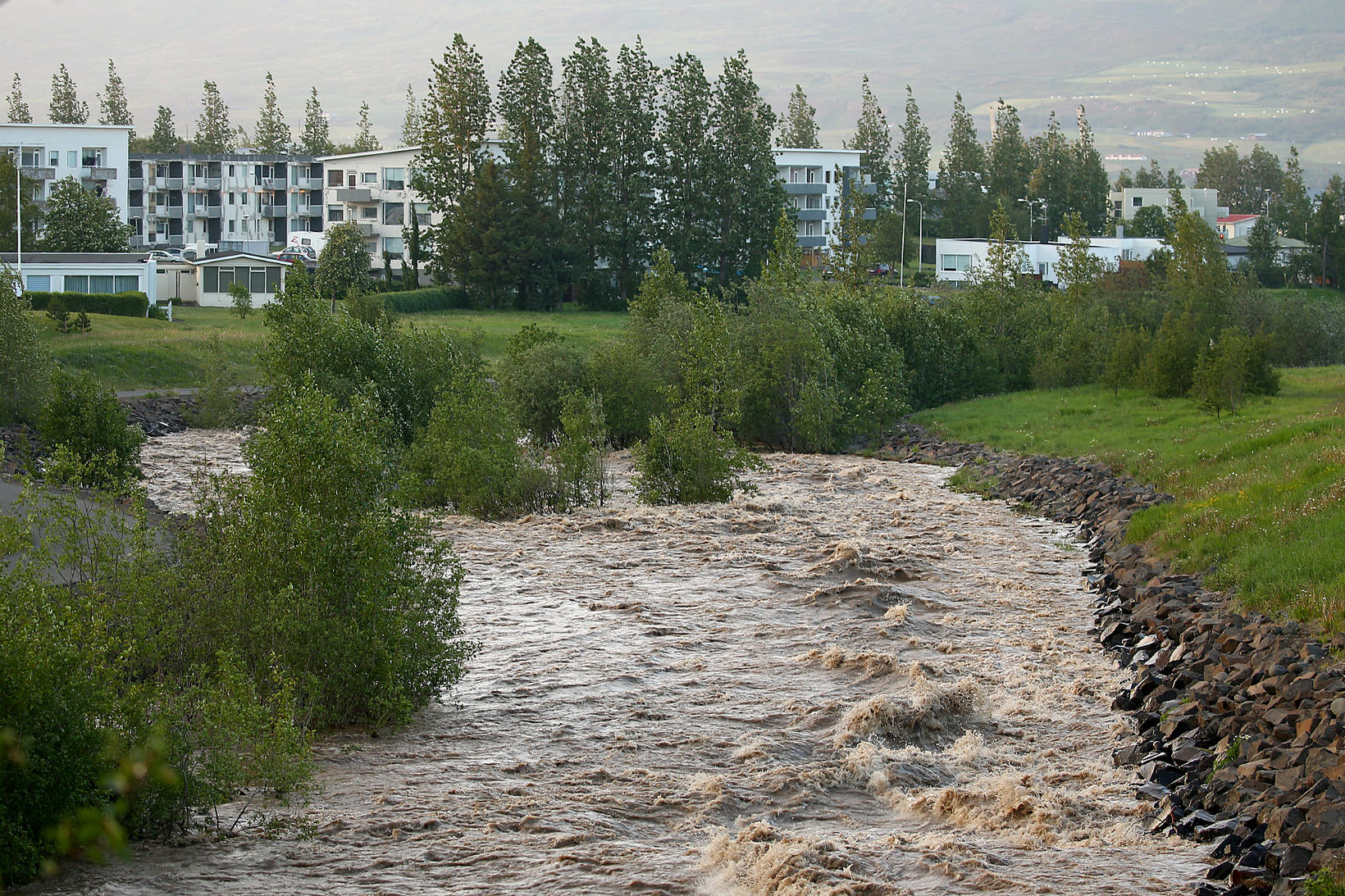 According to Hulda Rós Helgadóttir, natural hazards specialist at the Icelandic Met Office, there was much snow in the mountains when temperatures suddenly rose, following a cold spring. The forecast calls for continued warm weather and snowmelt. Hulda Rós expects rivers in East Iceland to swell as well, since considerable snow remains there in the mountains, and temperatures have been high there lately.

The video shows a swelling waterfall near the farm Ystafell:

The video below is from Eyjafjarðará river. 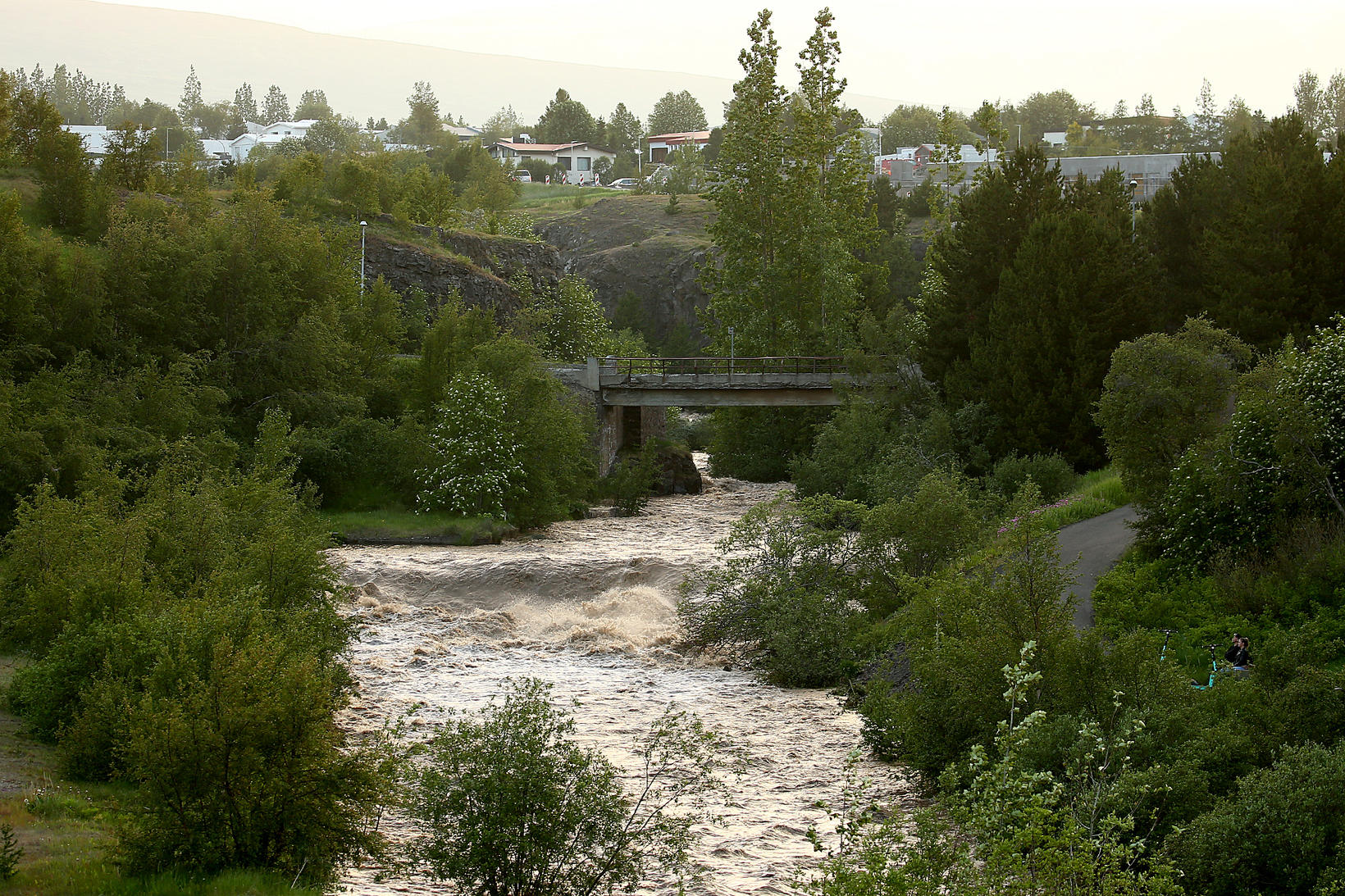 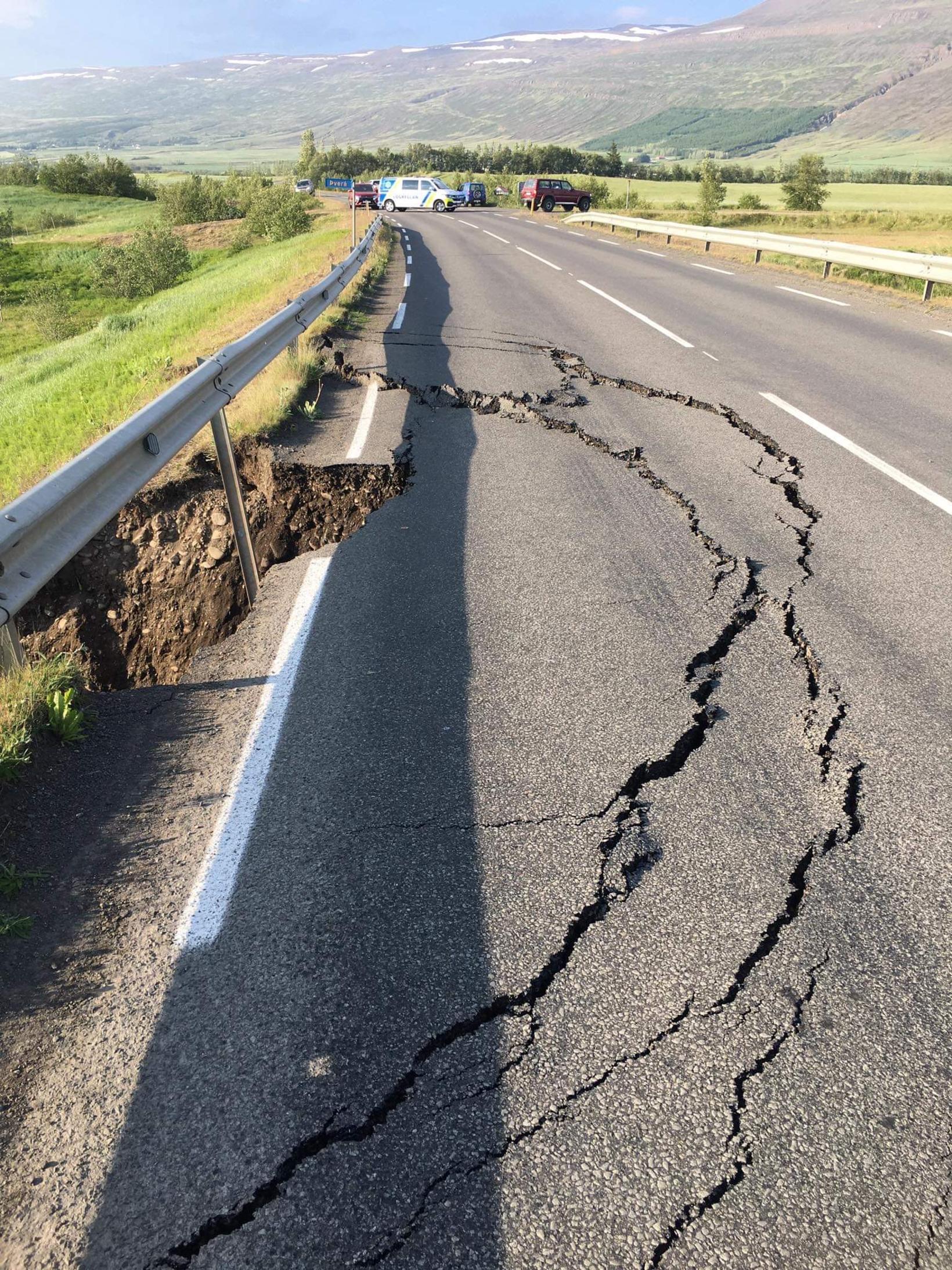 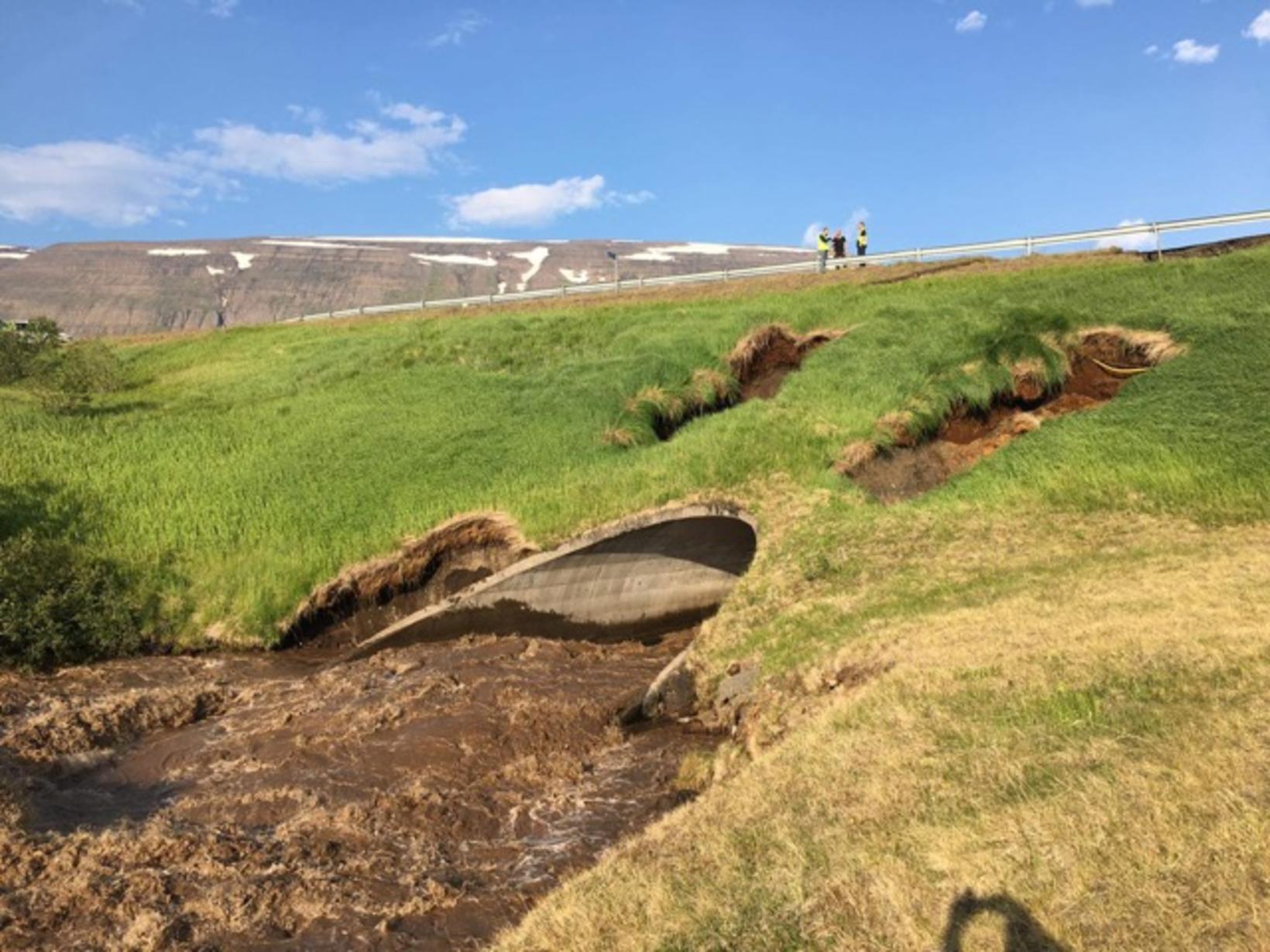 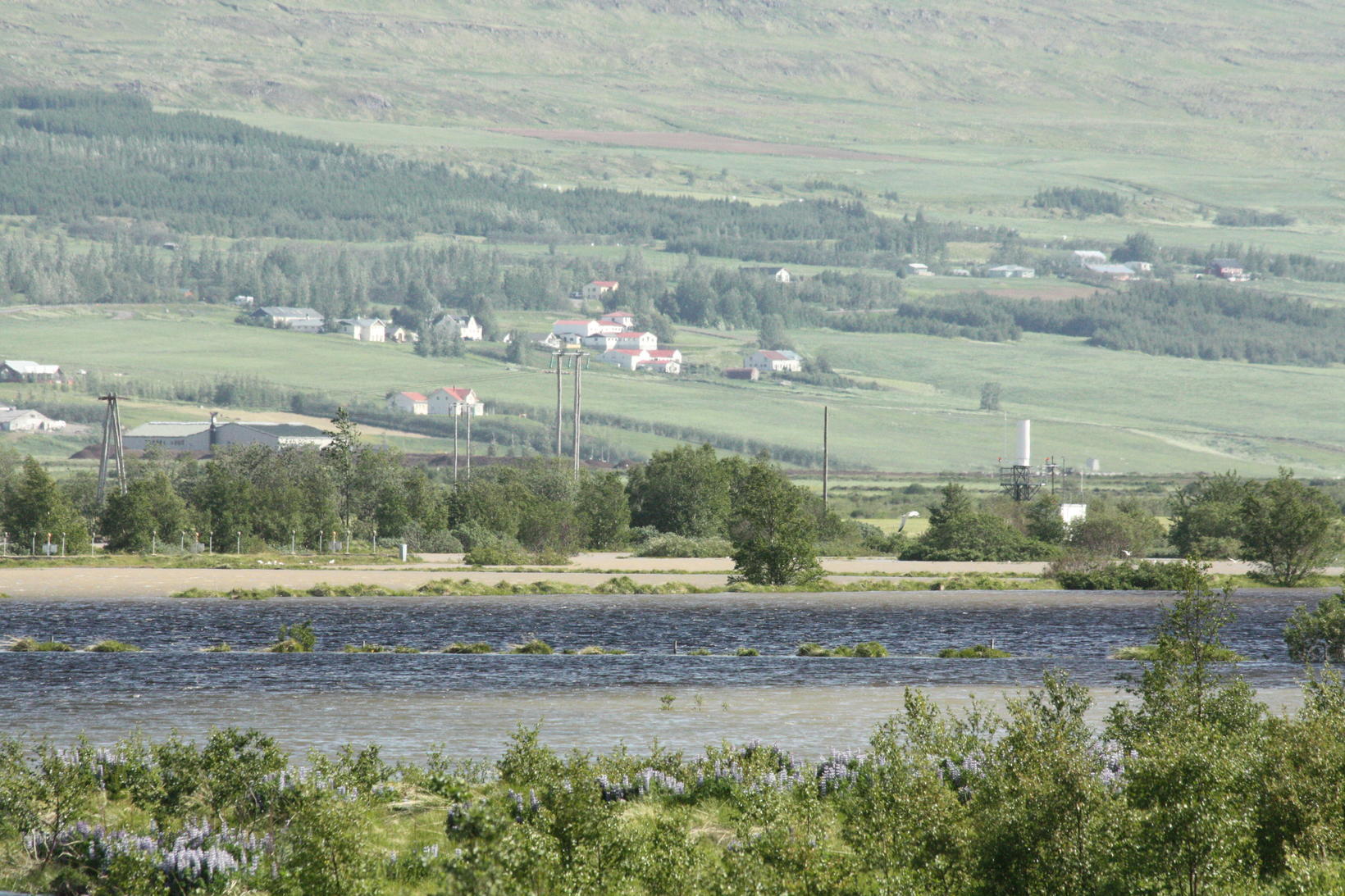 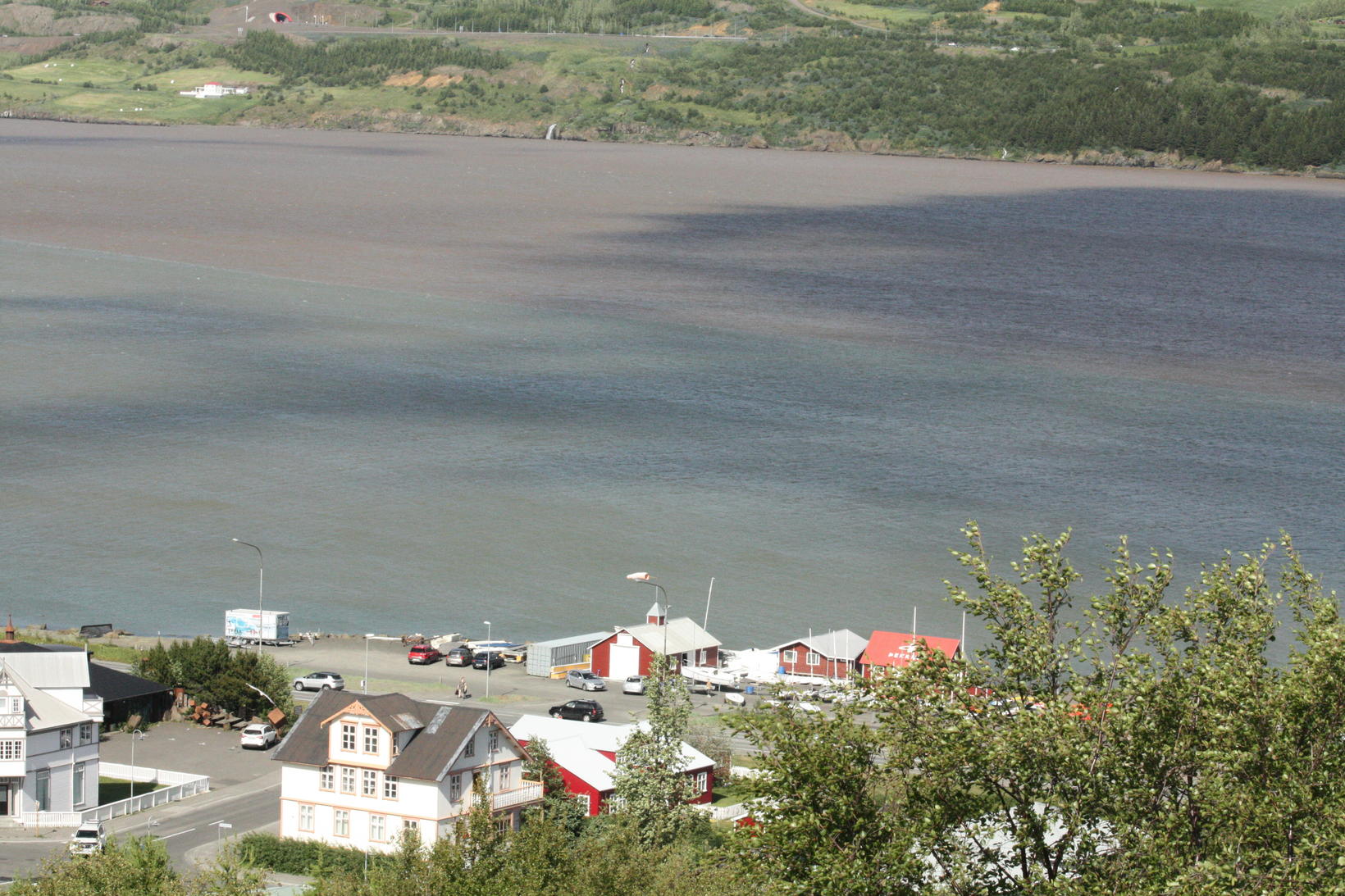 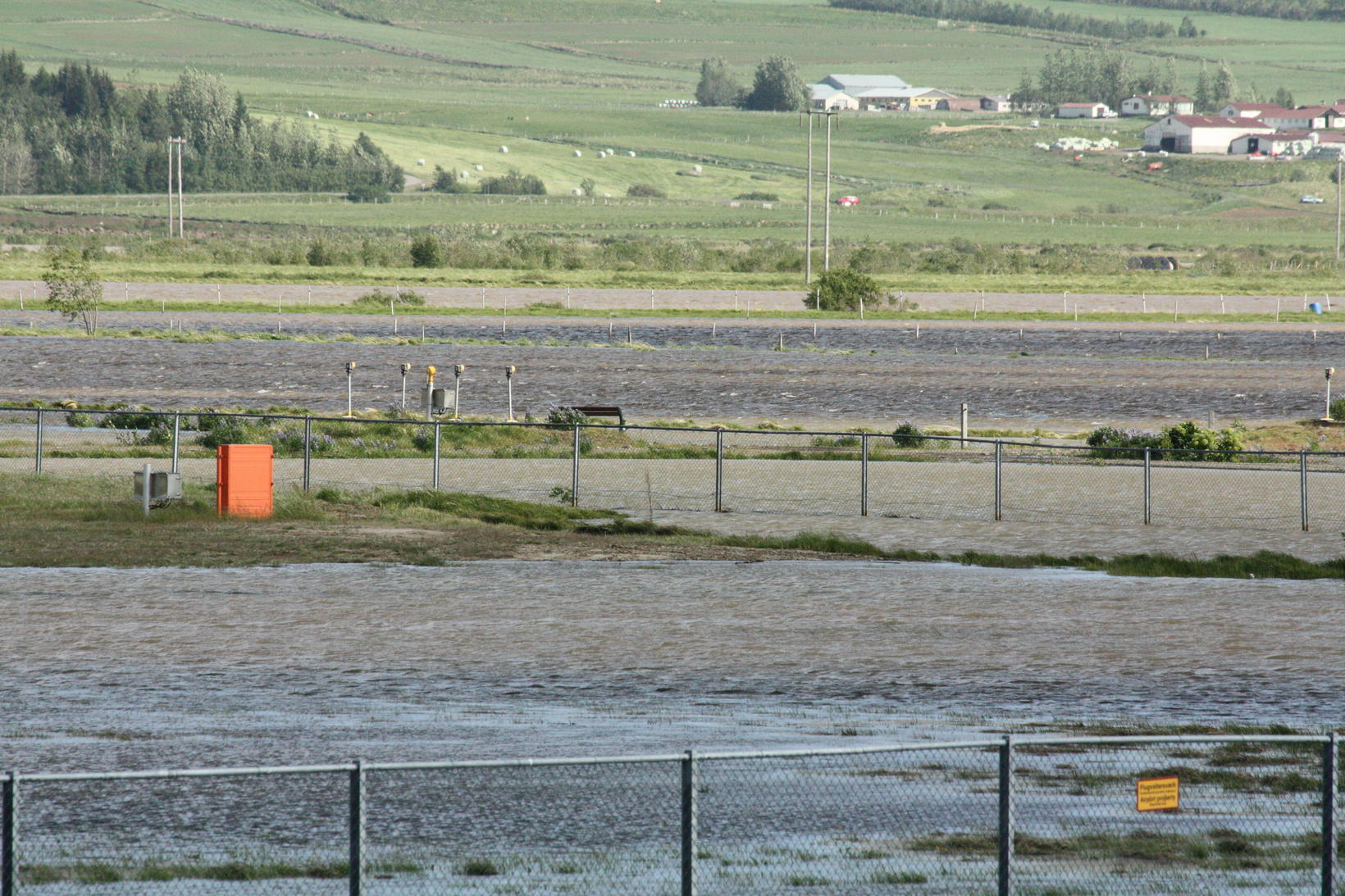