‘He Nearly Died’ at the Eruption Site 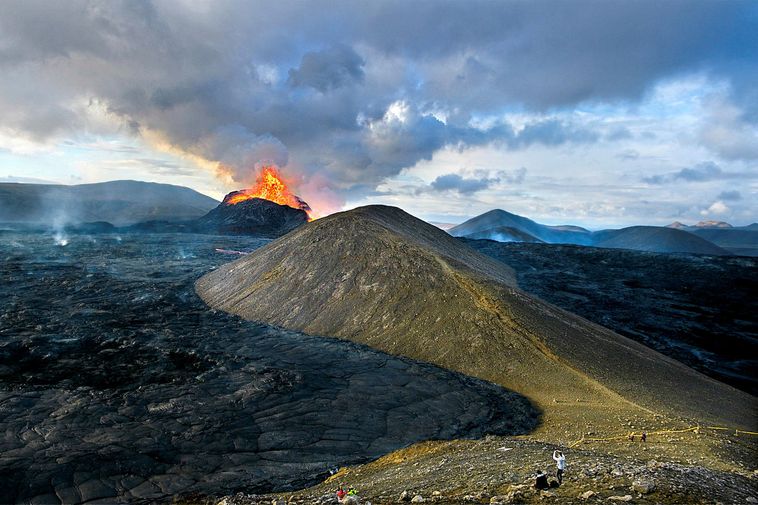 An American tourist, who went missing at the eruption site by Fagradalsfjall mountain, Southwest Iceland, Friday afternoon at about 3 pm, and for whom close to 300 rescue workers searched for more than 24 hours, was found safe and sound shortly before 7:30 pm Saturday night, about 4 km (2.5 mi) northwest of the eruption site, mbl.is reports.

The man, an experienced hiker from Colorado, about 60 years old, had been hiking near Fagradalsfjall with his wife. She hiked ahead of him, and they had planned to meet again at the eruption site. Poor weather conditions and heavy fog caused the man to get lost and walk in the wrong direction.

Once he was found, he was transported by helicopter to Landspítali National University Hospital.

The man had left his cell phone in the car and wasn’t carrying any water. Somewhere along the way, he fell and lost consciousness for a while.

His wife spoke with a reporter on RÚV national broadcasting station after he was found: “You should never leave your hiking partner,” she stated, “and you should always have your water and your cell phone. Those are mistakes we made, and this is the outcome. He almost died.”

She spoke of how professionally rescue workers responded: “I don’t have words to express how amazing it was, not to mention how enormously grateful we are.”