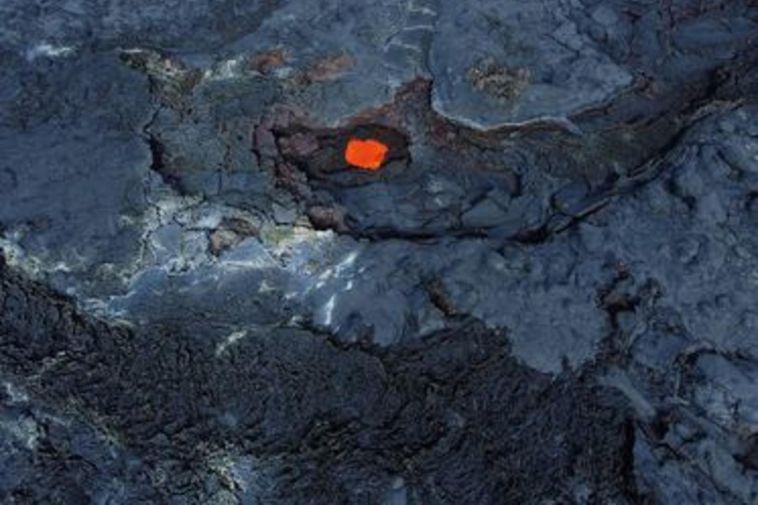 In the lava field in Nátthagi valley, near Fagradalsfjall mountain, Southwest Iceland, a skylight has formed through which a red, lava stream can be seen flowing underneath the solidified surface, mbl.is reports.

Donatas Arlauskas caught this amazing skylight on drone video, which he posted on YouTube yesterday.

On its Facebook page, the Volcanology and Natural Disaster Team of Southwest Iceland states that this skylight is characteristic of an advanced web of lava tubes under the surface.

“As the tubes develop, powerful and large contributing channels form, distributing liquid lava from the crater to the edge of the lava. Near the edge, the tubes spread and become smaller. Such lava tubes are not visible on the surface unless their roof collapses, as has happened in this instance. [Arlauskas’] video captures this extremely well and shows the fast-flowing lava river in a channel under a layer of lava, a few meter thick.”

“Clearly, caves are being formed on the Reykjanes peninsula,” the statement continues, “and clearly, the number of lava caves on the peninsula will grow considerably during the eruption.”