Risking Their Lives for Selfies by Dettifoss: Video

“It made me sick to my stomach,” he states. “It’s not like they were far away. They were right at the edge of the waterfall.”

“They were taking selfies right there. One wrong move, and it’s over,” he adds. He caught the tourists on video, which he posted on the Facebook page Bakland ferðaþjónustunnar, where people involved in the tourism industry share their stories and views. The video has caught a great deal of attention.

In addition he recorded a video of the same tourists dipping their hands into the  river, right at the brink of the waterfall. “It was ridiculous,” Arnar Þór stated.

Dettifoss, located in the glacial river Jökulsá á Fjöllum, is reputed to be the most powerful waterfall in Europe. It is 45 meter (148 ft) high and 100 meter (328 ft) wide. 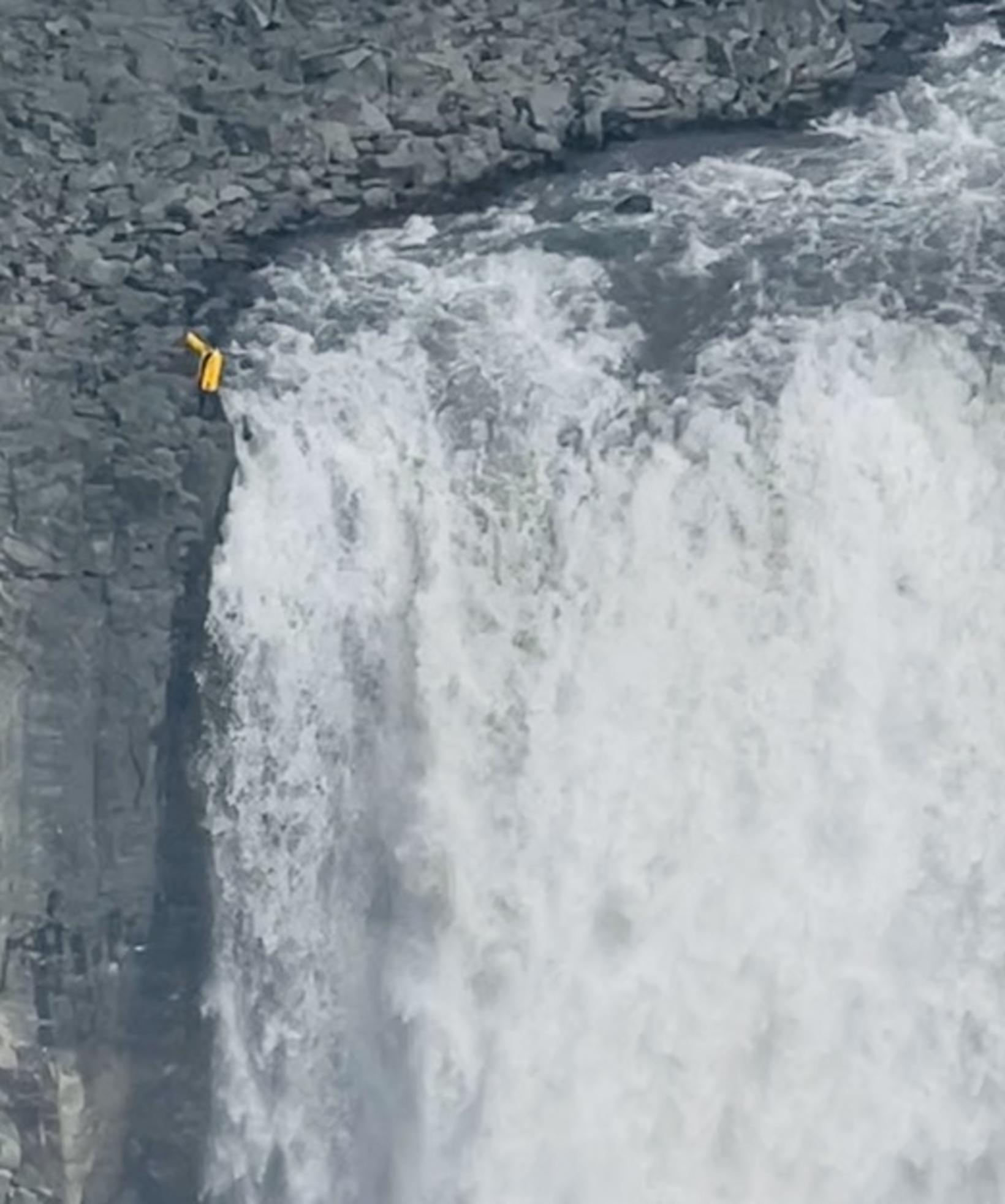 Risking his life for a selfie. Screenshot from video