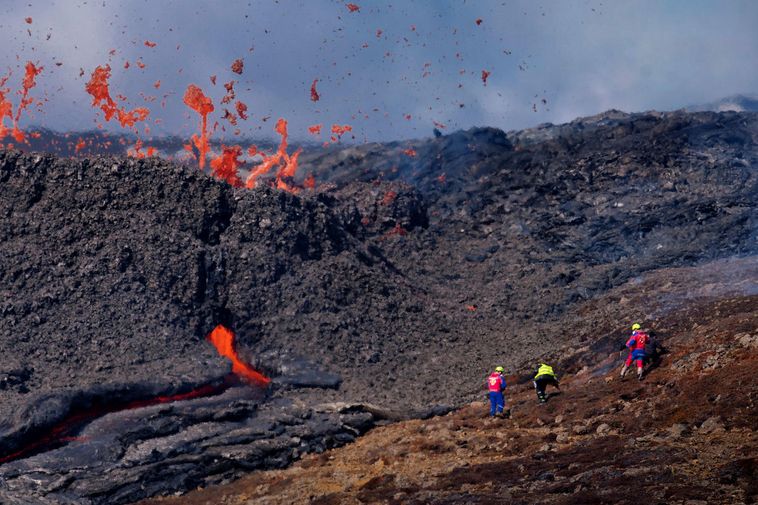 “This is just a question of time,” Suðurnes Chief Superintendent Gunnar Schram tells mbl.is, speaking of a hill about to become an islet, or kīpuka, in the lava field by Fagradalsfjall mountain, Southwest Iceland.

The hill, which has been a favorite observation point for hikers visiting the eruption site, was cleared by police on Sunday and sealed off, when it looked like the lava stream might close it off. The hill is located at the northernmost part of a ridge between Geldingadalir valleys and Meradalir valleys.

“We’ve seen this kind of thing happen repeatedly during the eruption,” Gunnar states, “and it looked like the most popular place for viewing the eruption might become an islet in the lava field.”

Closing off the hill was considered essential. “It had to be done to prevent people from becoming trapped there,” he explains. If the lava stream had left them trapped, the only way to get them out of there would have been by helicopter, and helicopters can’t fly in bad weather.

Some people have disregarded the instructions of the police – and Gunnar states that not much can be done to prevent that from happening. “People keep coming to the area day and night, although not many come at night. We’re unable to be constantly present at a place like this,” he admits. It would require the presence of rescue workers and police. “It’s more than we can handle.” The tape should be a clear enough indication of danger, he concludes.