The Mouth of a Melting Cave 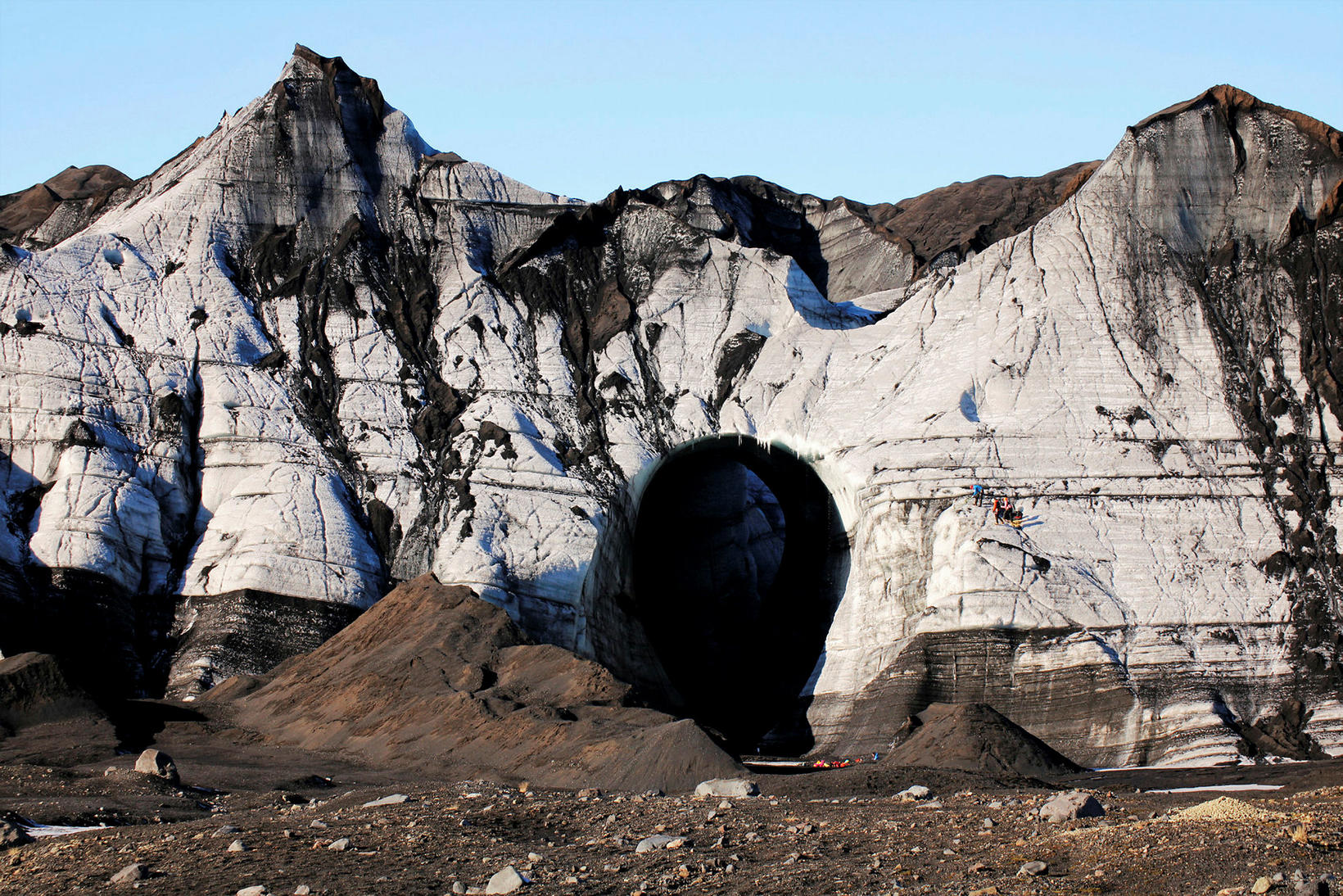 The mouth of the cave. mbl.is/Sigurður Bogi

An ice cave in Kötlujökull, South Iceland - a glacier which extends from Mýrdalsjökull glacier, north of the mountain Hafursey - has lately been a popular destination for people who take organized tours in this area.

Driving to the glacier is tricky and requires crossing rivers only passable by well-equipped 4x4s - a route to be driven only by people familiar with the area. 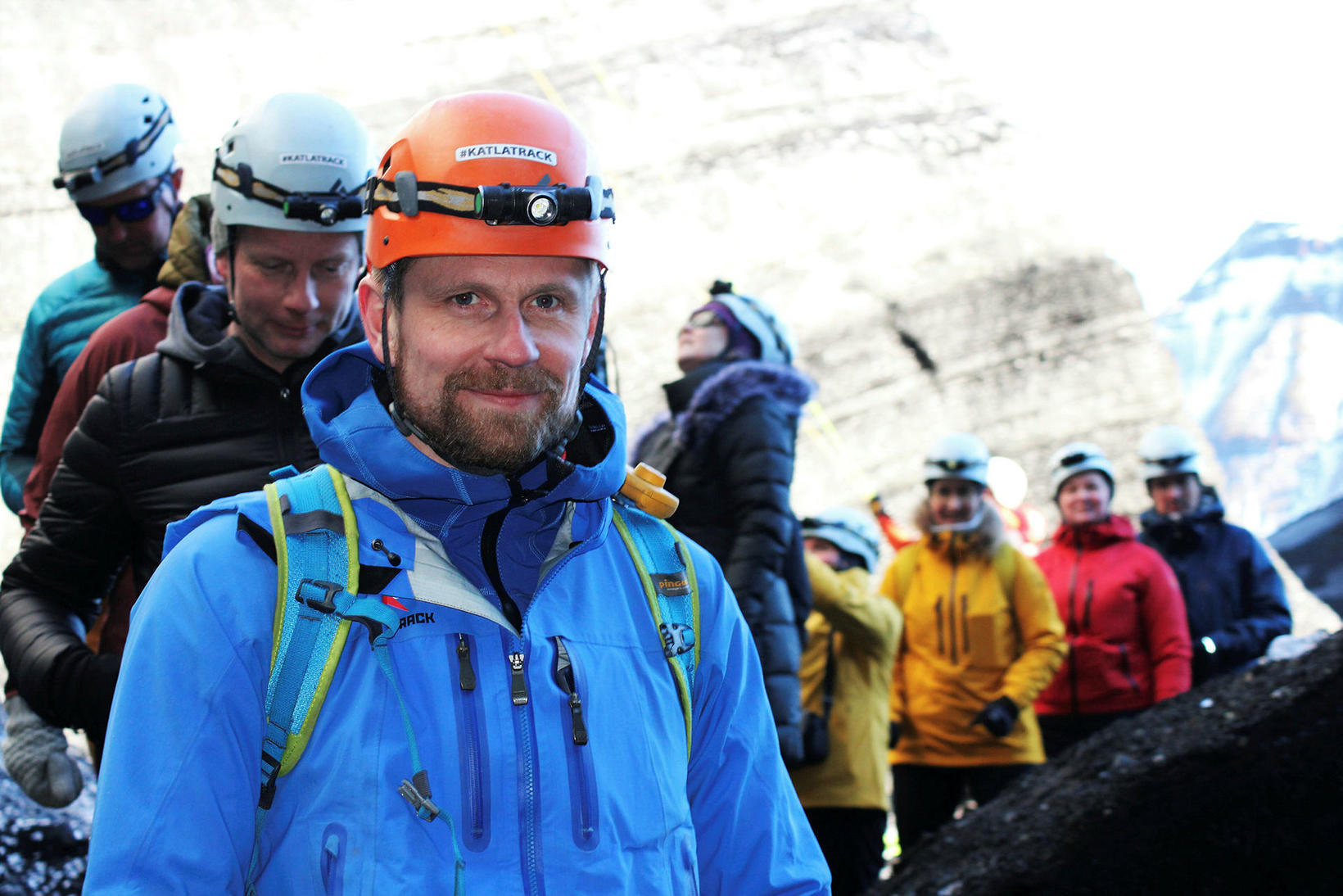 The edge of the glacier rises 100 meters (about 330 ft) above sea level, facing south, filled with deep crevices and sand-covered cirques. The mouth of the cave is prominent, shaped like a keyhole. No one should enter without a guide who possesses a ‘key’ to the cave.

Among them is Guðjón Þorsteinn Guðmundsson, who operates the adventure tour company Katlatrack. Morgunblaðið journalist Sigurður Bogi Sævarsson joined him on a trip to the cave last weekend. 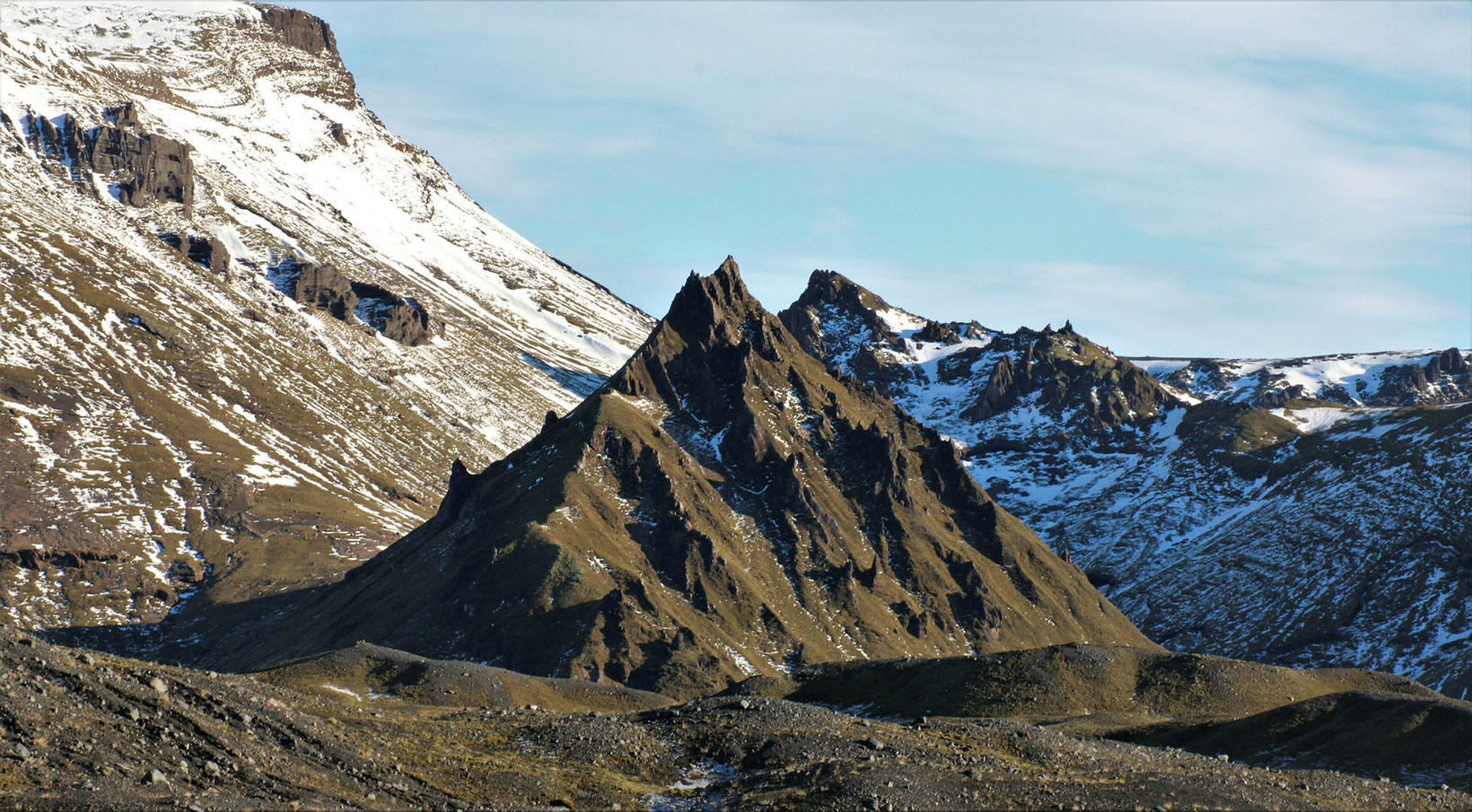 The mountain Kurl, near the glacier. Photo/Sigurður Bogi


“The glacier changes rapidly, making trips to the area exciting,” Guðjón states. “Since I began offering organized trips to Kötlujökull glacier in 2009, the surroundings and appearance of this place have completely changed at least seven times. Crevices have disappeared and new ones appeared, domes have turned into small caves and finally caves, which end up melting. Ice caves like that generally have a life time of a year and a half. Kötlujökull glacier retreats by 25 meters (82 ft) a year, so, naturally, there is a lot that gives way.”

The mountains behind Hafursey mountain have been the scene for at least three movies: Noah (2014), starring Russel Crowe, Transformers: Age of Extinction (2014), starring Mark Wahlberg and Stanley Tucci, and Rogue One: A Star Wars Story (2017), part of which was filmed here.

Katlatrack is one of several tour companies offering trips to the glacier.

“During the first years, mainly foreign tourists traveled with us to the glacier,” Guðjón states. “They have now been replaced by Icelanders – people, for example, who take weekend trips to Vík [í Mýrdal].”

The mouth of the cave is 20-m-high and 10-m-wide. Once you enter, you see a huge dome, where a meltwater creek runs. After crossing heaps of gravel, a large hole appears, offering a view of a glacial bridge and blue sky. To ensure safety, every visitor is required to wear a helmet and crampons.