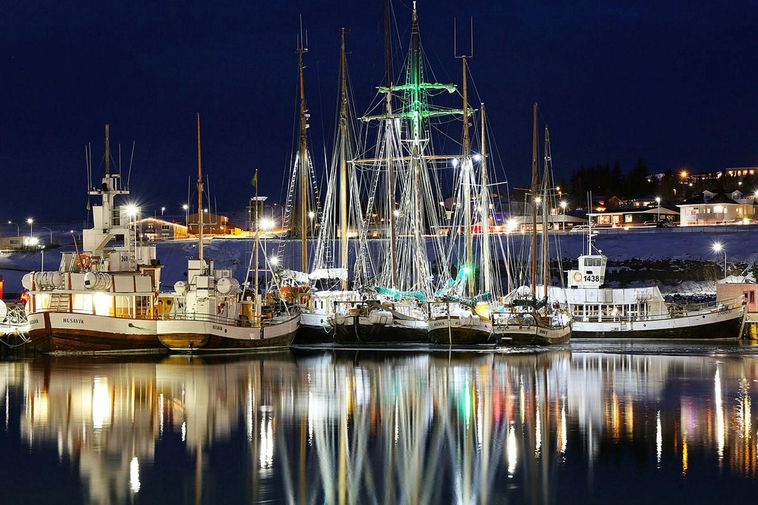 This spectacular picture was taken by Morgunblaðið journalist Hafþór Hreiðarsson at Húsavík Harbor, North Iceland, a few days ago. It shows part of the fleet of the whale watching company North Sailing (Norðursigling). The fleet patiently waits for the return of whales to Skjálfandaflói bay in March.

The whales you’re the likeliest to see when you go whale watching in Húsavík – often called the whale capital of Iceland - are humpback whale, minke whale, blue whale, dolphins and porpoise.

The whales return to Icelandic waters every spring, attracted by the abundance of food in the ocean. In the fall, they migrate south toward the equator, where they mate and calve in warm waters.

The time of year to go whale wathing in Iceland is from April through October, with the peak season being in June, July and August.