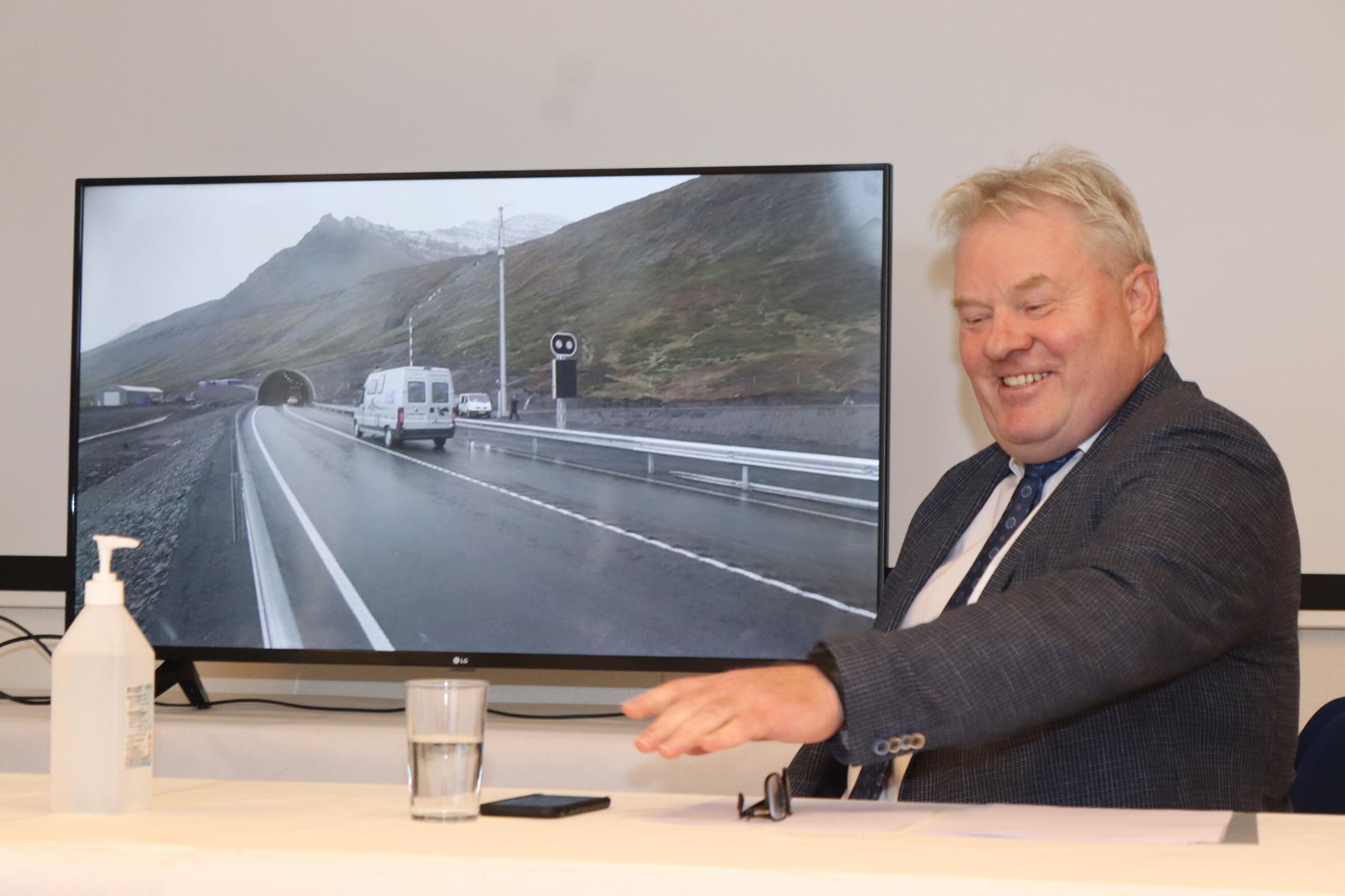 Sigurður Ingi Jóhannsson opened the tunnel by phone from the office of the Icelandic Road Administration in Borgartún, Reykjavík. mbl.is/Íris Jóhannsdóttir

A new tunnel, Dýrafjarðargöng, connecting Arnarfjörður and Dýrafjörður fjords in the West Fjords, was formally opened on Sunday, mbl.is reports. Remotely so, because Minister of Transport and Local Government Sigurður Ingi Jóhannsson opened it over the phone from Reykjavík. 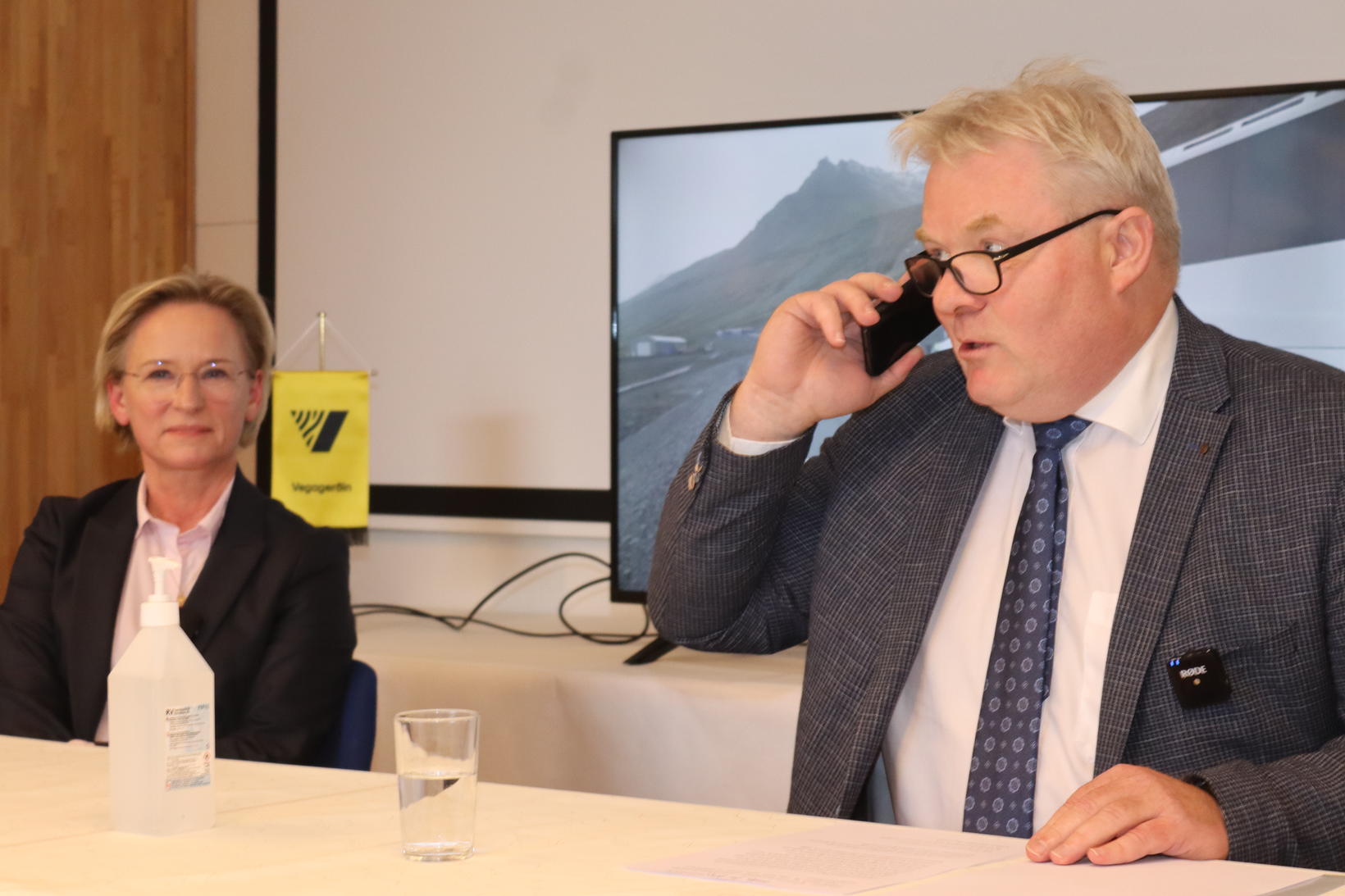 Giving the order to open the tunnel. Bergþóra Þorkelsdóttir, head of the Icelandic Road Administration, is on the left. mbl.is/Íris Jóhannsdóttir


Work on the project began in 2017 and the tunnel is described as one of the largest single projects of the Icelandic road network. The length of the tunnel through the mountain is roughly 5,600 m (almost 3.5 mi).

First to go through the tunnel were grade school children  from the village of Þingeyri, and accompanying them was Gunnar Gísli Sigurðsson, the man who for close to half a century ploughed Hrafnseyrarheiði mountain pass to keep it open to traffic – the road which the tunnel now replaces. 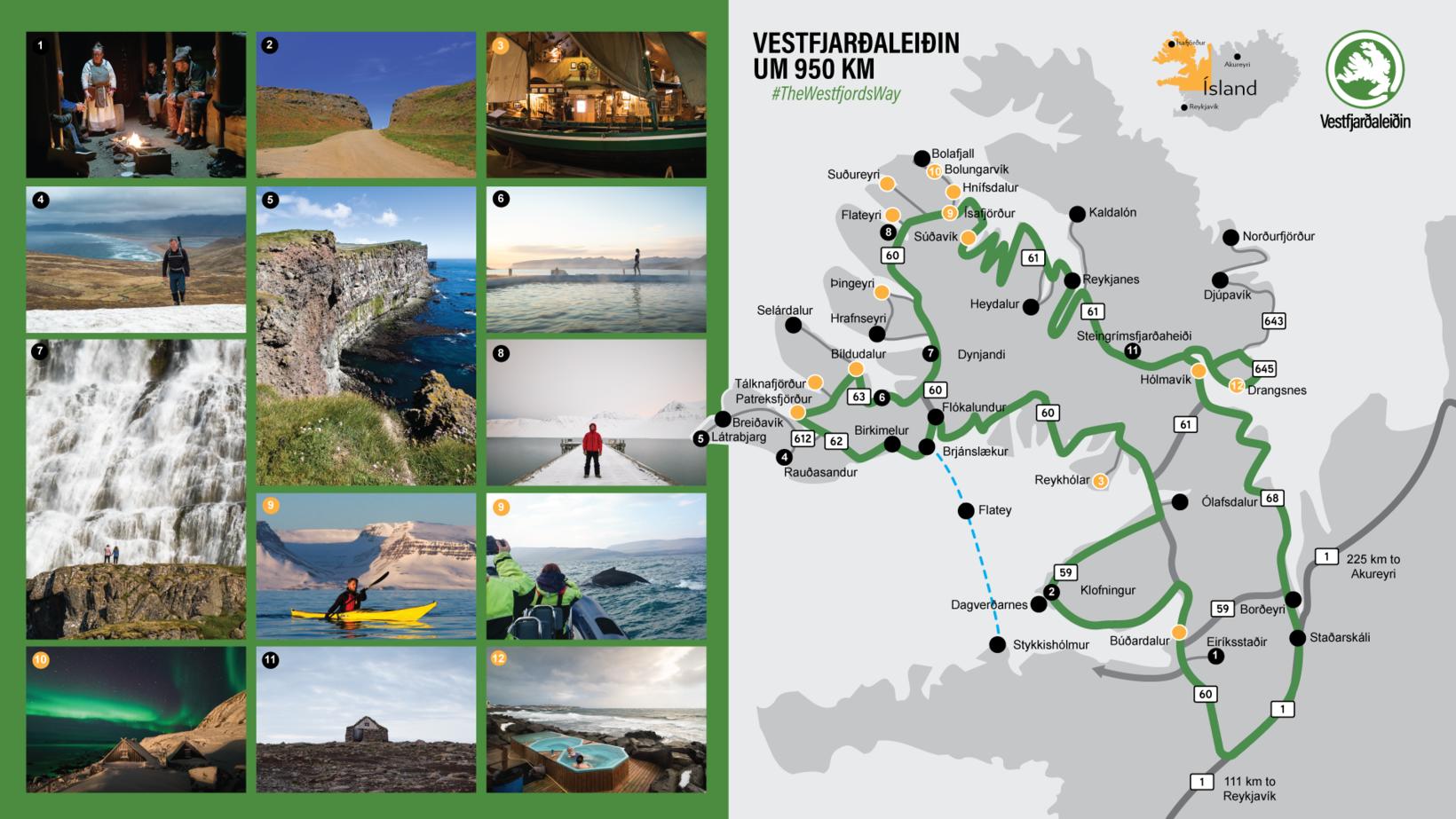 Here you can see Ring Road 2. Photos and map/westfjords.is

At the same time as the tunnel was opened, Ring Road 2, also called the West Fjords Way or Vestfjarðaleið, was formally opened. The route is 950 km (590 mi) long and winds its way through eight municipalities in the West Fjords, in addition to Dalabyggð district in West Iceland.

The new tunnel shortens the distance between Ísafjörður and Reykjavík by 27 km (17 mi).