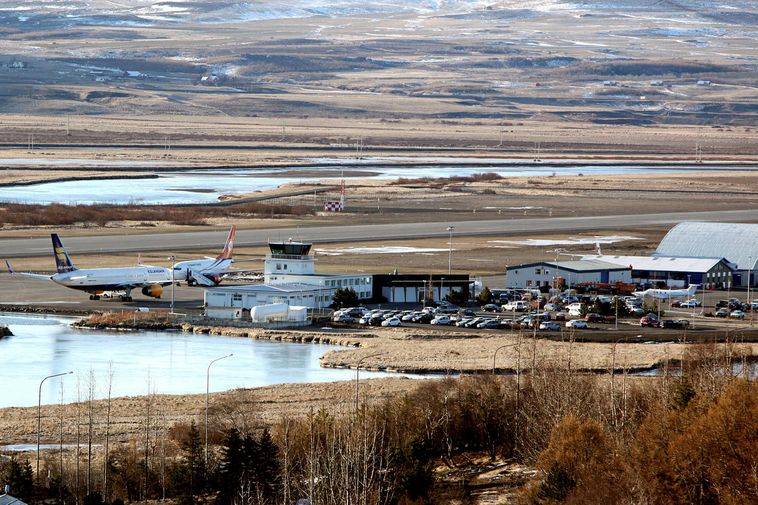 The marketing bureau of North Iceland, Visit North Iceland, is going to ask authorities to take special disease prevention measures to make it possible for direct flight service to Akureyri to begin in February, Morgunblaðið reports.

The Dutch travel agency Voigt Travel organized charter flights between Rotterdam, the Netherlands, and Akureyri last winter. There had been plans to continue that service in the summer, but those were canceled due to the COVID-19 pandemic.

The goal of Flugklasinn Air 66N - a joint project between companies in the tourism industry in North Iceland - has been to market and introduce Akureyri Airport as a new international airport year-round, with the aim of bringing more tourists to North Iceland who stay there longer. Their focus has been to persuade more airlines to fly directly to Akureyri from abroad.

The past months have been used for preparation, states Hjalti Páll Þórarinsson, who works for Visit North Iceland. Airline representatives have been contacted, and they have been introduced to the destination North Iceland. Interest is evident, Hjalti states.

“The Dutch company has planned flights in February and March, and bookings are starting to come in,” he states.

“Receiving specific and well-defined groups by charter flight is less complicated that receiving scheduled flights where people come from various directions,” Hjalti explains. “Therefore, we’re going to ask authorities to seek ways to enable us to receive such charter flights in a way that won’t compromise disease prevention or safety.”

Spokespersons for the tourism industry in North Iceland have pointed out the pandemic has not been as severe there as in Southwest Iceland.

Work is underway in the Nordic countries where certain areas are being defined for travel without endangering those areas. An example of those is the Lapland region in the northernmost part of Finland. North Iceland, too, could be defined as such, Hjalti states.