High waves hit the shore in the westernmost part of Reykjavík Saturday night, throwing large rocks from the breakwater onto the bike trail and damaging it, mbl.is reports. Luckily, no one was injured. Some of the largest waves were caught on video, which you can view above.

This was caused not only by high winds, but also by an unusually high sea level.

Workers were busy yesterday cleaning up the area. Þorgrímur Hallgrímsson, operations manager at the Fiskislóð Public Works Department, states that some of the rocks thrown onto the trail weighed up to 50 kg (110 lbs).

Sod that had recently been put all along the bike trail was all torn up. “All of it is gone,” Þorgrímur states. “We’ll have to cover the whole area again with sod.” 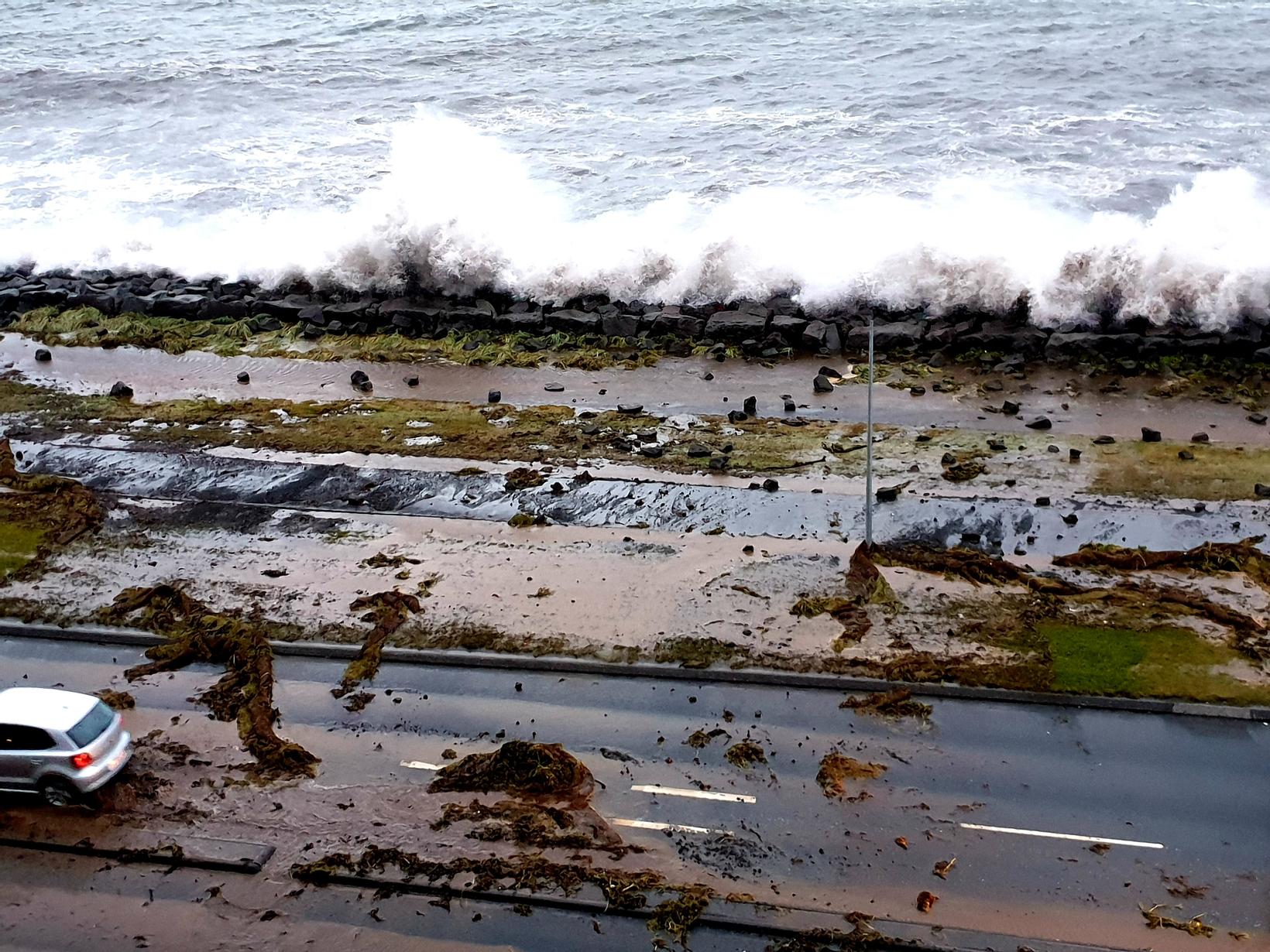 Extensive work is planned on the breakwater along Eiðsgrandi road, Morgunblaðið reports. Saturday’s waves were a reminder that the breakwater is insufficient under certain weather conditions when the sea level is high.

Bids for the project were received a week ago. The plan is to increase the height of  the breakwater to a minimum of 6.5 meters above sea level, and its width to 4 meters.

Saturday’s event was preceded by two similar ones in the same area: On Christmas Eve in 2003, high waves caused extensive damage to the road along the shore, and in March of 2007, pedestrians had to run for their lives when hit by large waves.