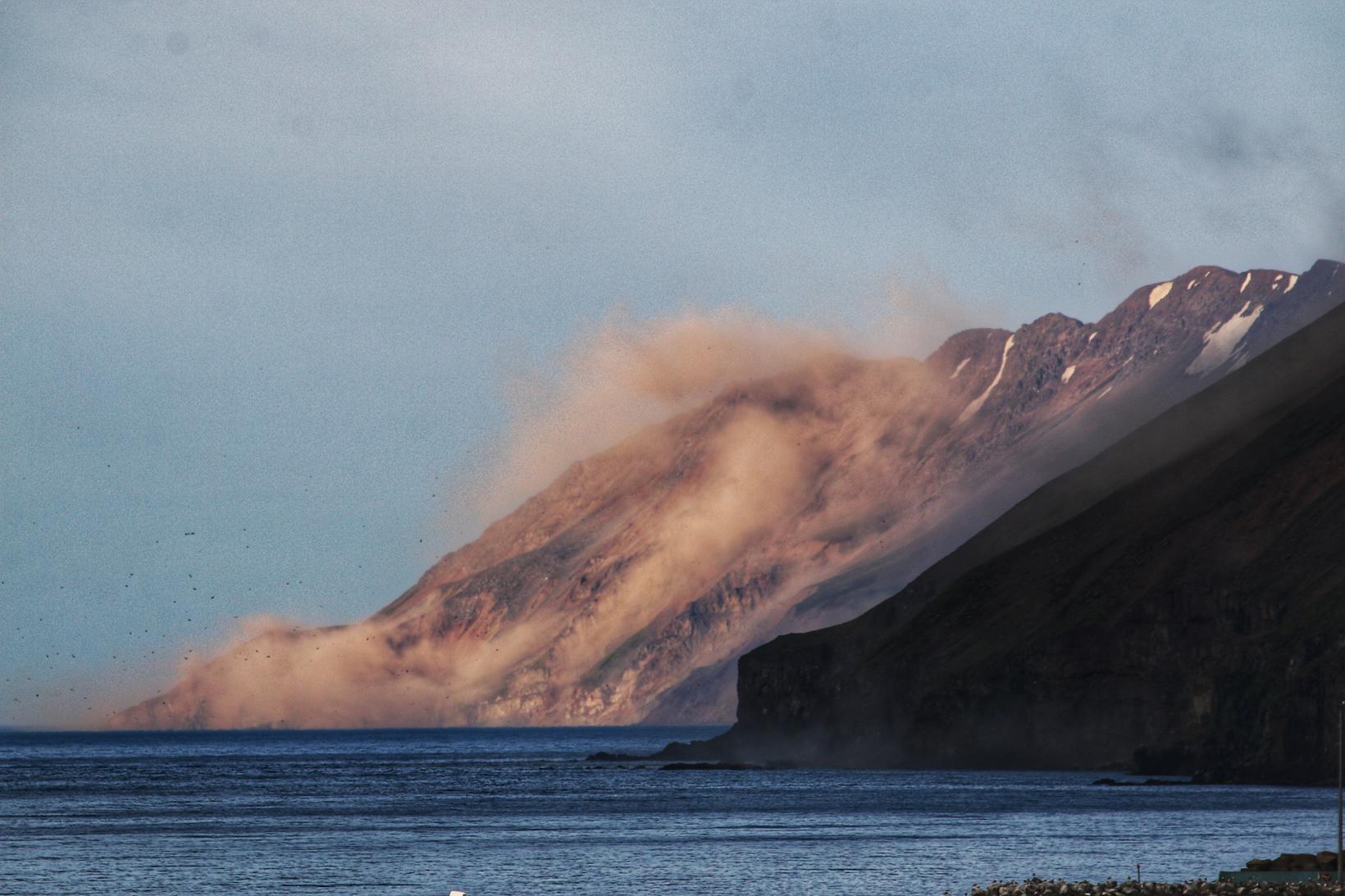 A series of earthquakes hit North Iceland over the weekend. The largest one, of magnitude 5.8, hit at 7:07 last night. Two other large ones, measuring 5.4 and 5.6 hit Saturday, shortly after 3 pm and just before 7:30 pm, respectively. The source of last night’s earthquake was roughly 30 km north-northeast of Siglufjörður, while the source of the other ones was roughly 20 km northeast of Siglufjörður, according to the Icelandic Met Office .

Since noon, June 19, more than 3,000 tremors have been registered in the area by the seismic network of the Icelandic Met Office.

The three largest quakes were felt in many parts of the country. The seismic activity is still ongoing and on Saturday, the national police commissioner declared a phase of uncertainty in North Iceland. 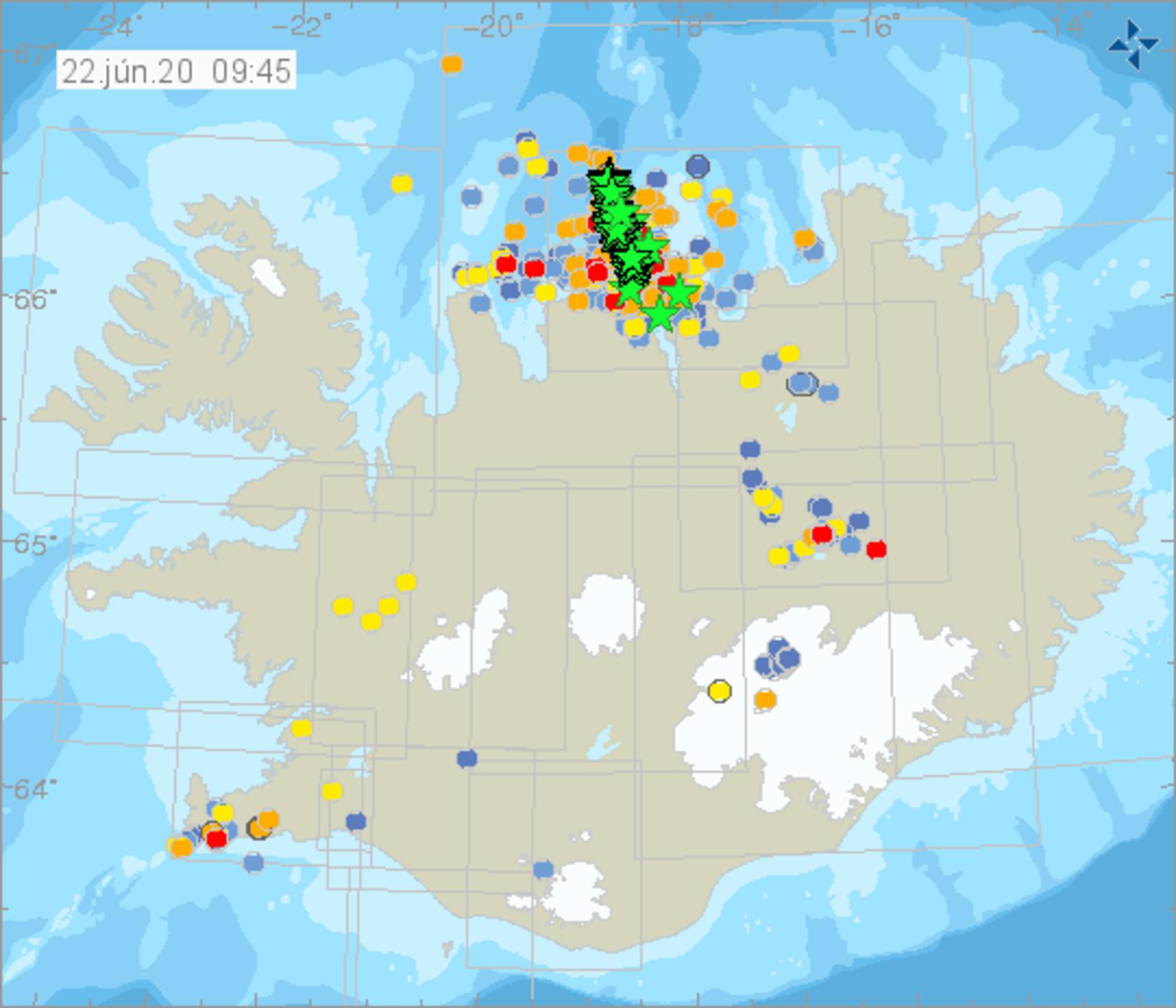 The map shows the location of the earthquakes. Map: The Icelandic Met Office

People who felt the largest earthquakes described how things trembled in their houses and items fell from shelves.

Arnar Sigurðsson, the skipper of a whale watching boat, was sailing north of Hrísey island around 3 pm on Saturday. “There was a blow to the boat,” he tells Morgunblaðið . “I found it surprising, because we were moving very slowly. I thought the engine had malfunctioned, or something gotten stuck in the propeller.”

Ámundi Gunnarsson, Siglufjörður fire chief, was at home when the quake hit Saturday night. He lives on the third floor of a wooden house. “It felt like someone had driven into the house, which shook for about half a minute,” he related.

No injuries or major property damage have been reported. A substantial amount of falling rocks was reported Saturday in mountains near Siglufjörður and Ólafsfjörður.

The Department of Public Safety and Emergency Management has warned that this seismic activity is likely to continue for the coming days, and people have been asked to avoid hiking in the mountains around Siglufjörður and Ólafsfjörður until it is over. The Icelandic Met Office reports there is a chance of more large earthquakes in the area.