About 900 Travelers Tested at KEF Airport 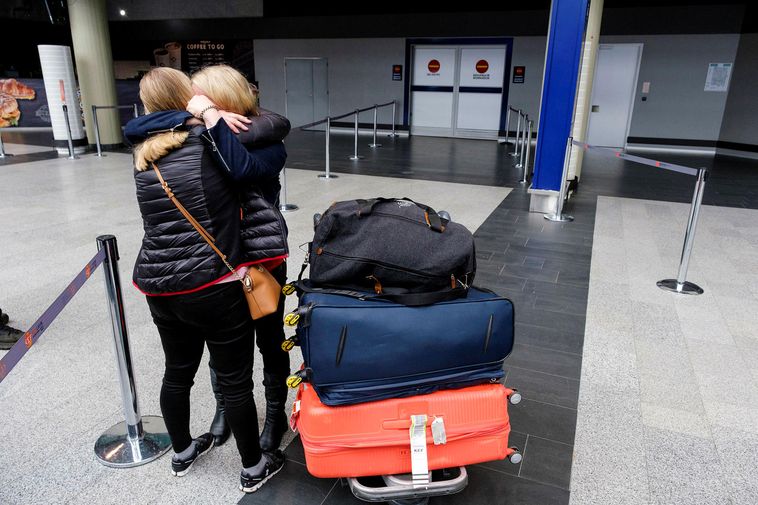 Eight passenger jets arrived at Keflavík International Airport yesterday, carrying about 900 people, Morgunblaðið reports. This was the first day that arriving passengers were offered the option of being tested for the novel coronavirus upon arrival instead of spending 14 days in quarantine, as has been mandatory for all arriving passengers since April 24.

Only passengers from the Schengen area and the European Union are allowed to enter the country, unless they have a residence permit in Iceland or have been granted an exemption by authorities. The European Commission has extended restrictions on non-essential travel to the EU and the Schengen area, of which Iceland is part, until July 1.

For this reason, one US citizen was denied entry into the country yesterday and sent back to the UK, where his flight originated.

All arriving passengers chose to be tested for the virus. The results of testing have not yet been publicly revealed, but will be published later today. Passengers were allowed to await the results at their accommodation.

Testing, conducted at ten booths at the airport, went smoothly yesterday. Through the end of June, it is free of charge, but passengers will be charged ISK 15,000 (USD 113; EUR 100) for the test, starting July 1. Children born in 2005 or later are exempt from testing as well as from quarantine.

Before arrival, passengers are required to fill out a pre-registration form – for adults as well as children. Having it ready upon arrival speeds up the process.

After watching arriving passengers being welcomed by their loved ones with a big hug, health officials stated they would henceforth stress to people the importance of holding off on hugging until test results are in. Samples are sent to Reykjavík for analysis, and in most cases, test results are available within 5-8 hours. While awaiting the results, travelers are asked to keep to themselves as much as possible.