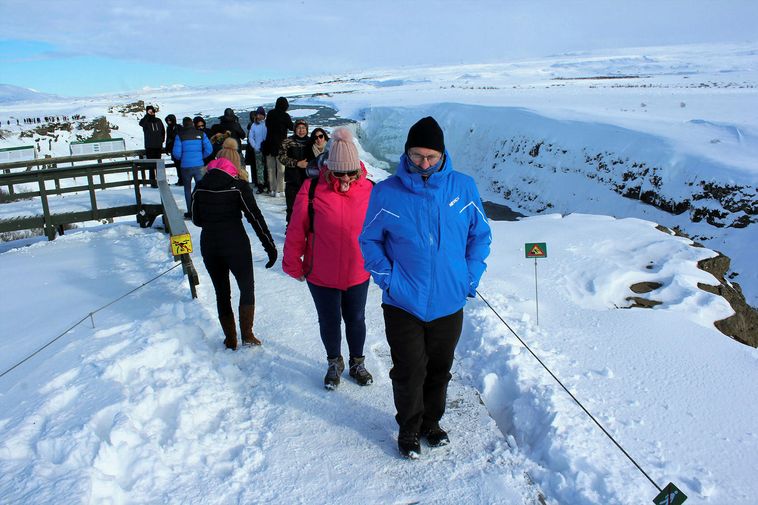 Thousands of British tourists have already booked trips to Iceland this coming winter through the Anglo-German travel and tourism company TUI, according to Hallgrímur Lárusson, CEO of Snæland Grímsson, which works in collaboration with TUI in Iceland.

TUI  Group is the largest leisure, travel and tourism company in the world, Morgunblaðið reports, and operates its own charter flights between the UK and Iceland.

“British citizens show a great deal of interest in Iceland in the wintertime, thanks to the northern lights,” Hallgrímur states. “Spending 3-4 days here has been popular, experiencing Gullfoss, Geysir and the Blue Lagoon. Seeing the northern lights is a bonus.”

He adds that travel agencies abroad, which have been doing business with Snæland Grímsson, are already sending numerous inquires. In addition, he has noticed considerable interest among German tourists in visiting Iceland.

“I’m hopeful that we’ll see a substantial stream of tourists to Iceland this winter,” he states.

He believes airlines ought to make sure tourists are tested for the novel coronavirus before traveling to Iceland. “It would be risky for people, going on an expensive vacation, to take the chance of ending up in quarantine for 14 days once they get here,” he states, referring to the possibility of testing positive for the coronavirus upon arrival in Iceland.

According to Erla Vignisdóttir, manager of sales and marketing at Íshestar riding center, many tourists who already booked riding tours with the company this summer are determined to stick with their plans. The most popular riding tours are 5-8 days long, she states.

Hallgrímur states that many tourists who had booked a trip to Iceland this summer have postponed coming until this fall or next year.

“There is a great deal of interest in Iceland, and reports on how well Iceland has fared in battling the virus have reached customers,” Hallgrímur states. “My belief is that once the borders open [June 15], demand will pick up rather quickly in July, August and September.”