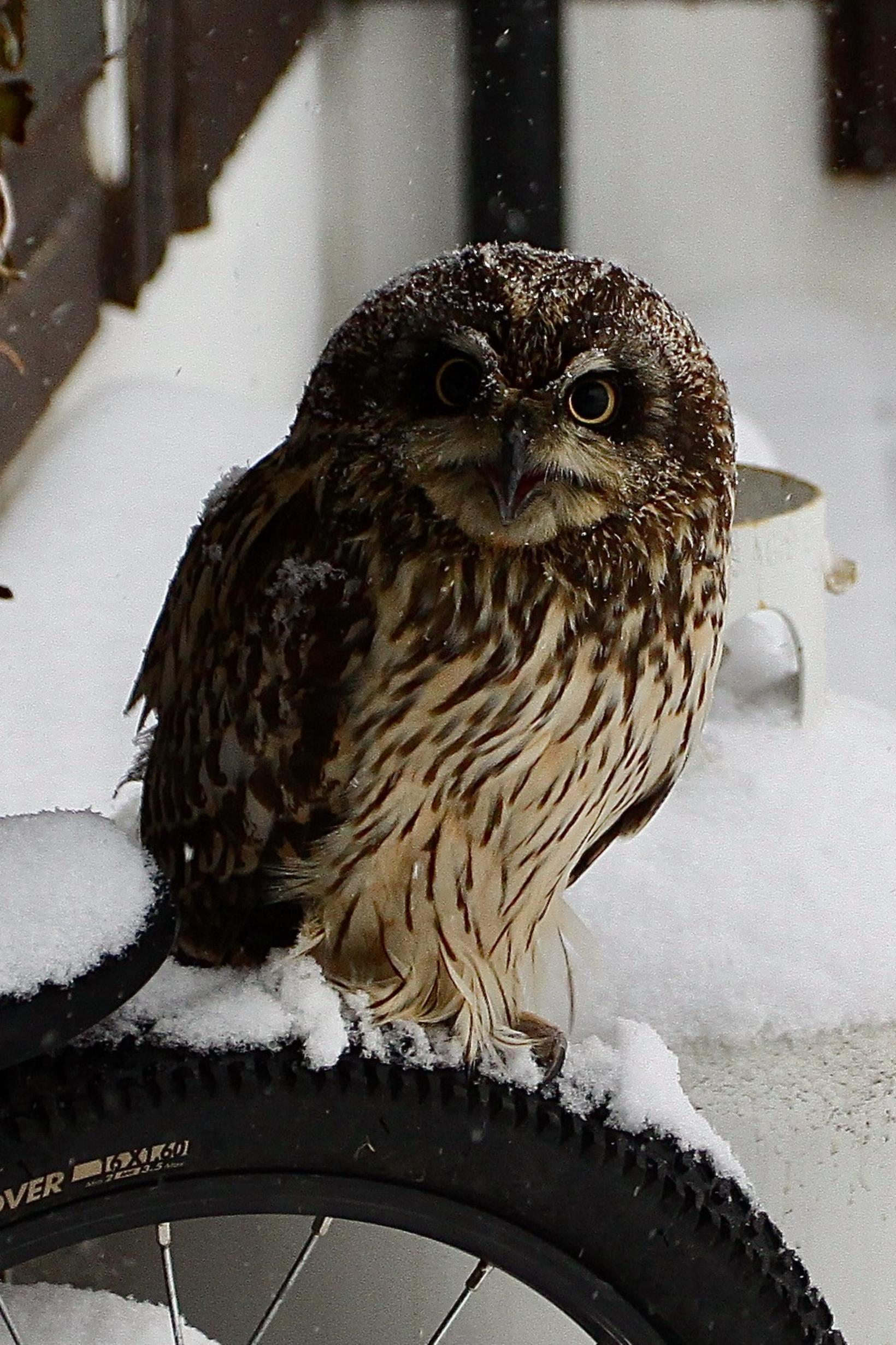 People don’t get many visits these days, but Gísli Árni Gíslason got a welcome surprise visit last Sunday. His visitor made a smooth landing on the deck of his house on Arnarnes point in Garðabær, near Reykjavík.

“Our son and his friends were going outside to play, when they noticed an owl, perched on his bike, here out on the deck,” he tells mbl.is . We have a small shade over our grill, and it was underneath it and enjoying life. At first, I thought it was injured, but it didn’t appear that way. When I approached it, it hissed at me and flew away.”

By then, it had been on the deck for a while. “It remained there for about two hours. As soon as we noticed it, we postponed going outside, and just wathced it and took lots of pictures. I managed to get closer and closer,” Gísli relates. 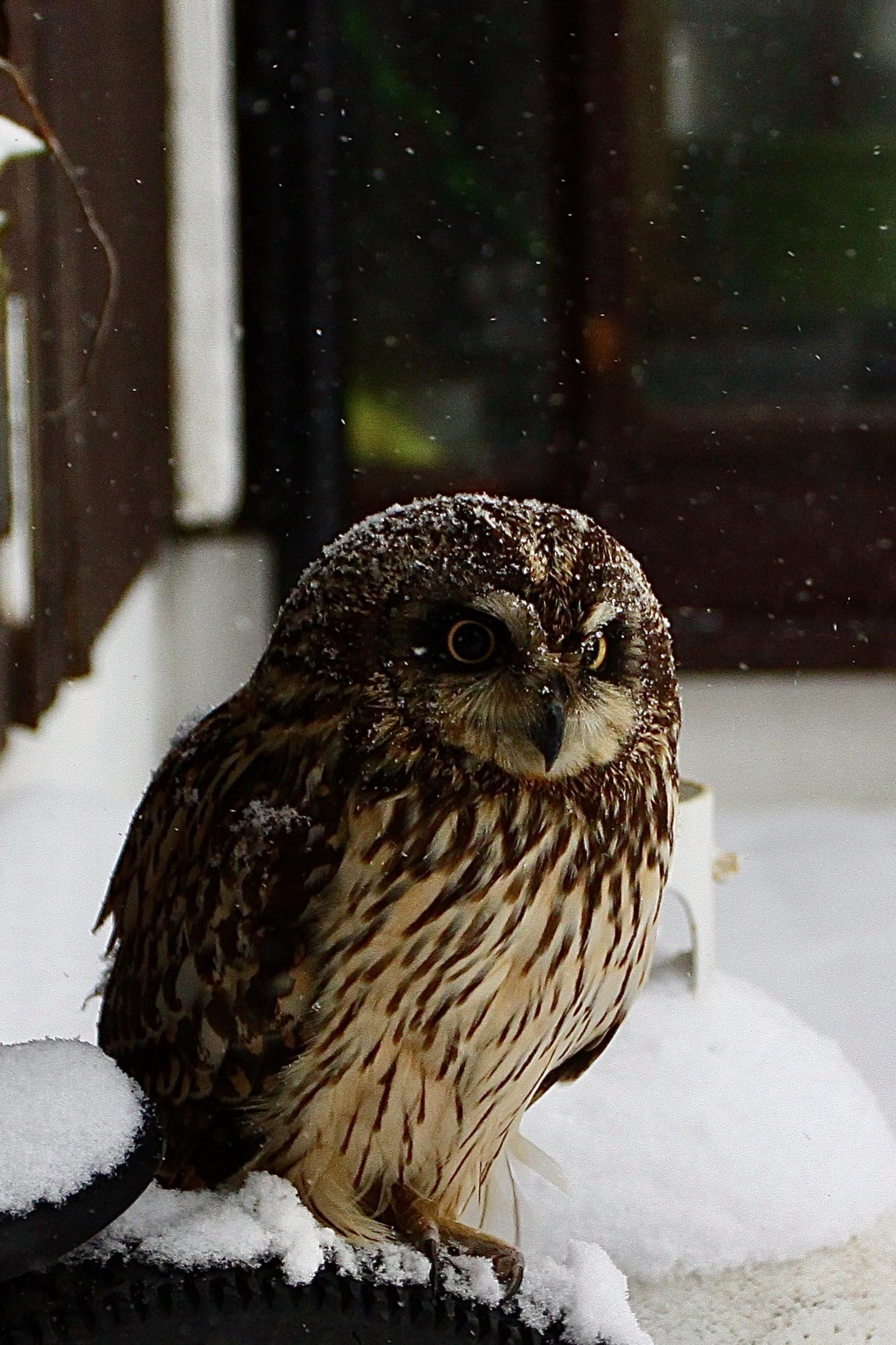 Thinking about the next move. Photo/Gísli Árni Gíslason

They tried giving the owl pieces of liver sausage, which they threw in its direction, but the owl showed no interest in it. “It was extremely calm and kept its eyes closed for a long time, as if it were asleep or resting.”

This is not the first time Gísli spots an owl close to his home, but he has never seen one this close. “We live close to the ocean, and sometimes I’ve seen them fly over at night, but I’ve never seen them this close,” he states.