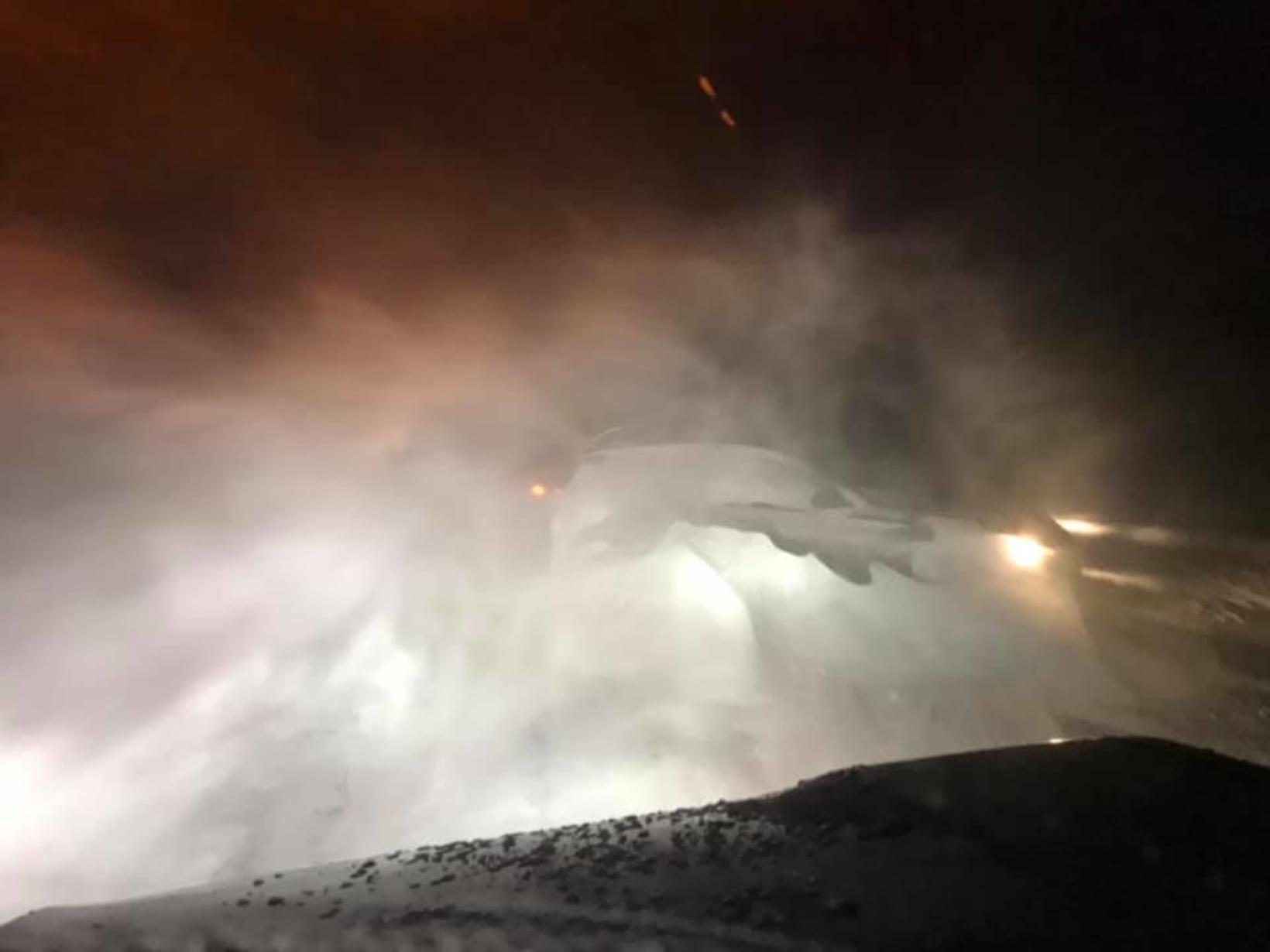 One of the cars that froze to the road last night. From the Facebook page of Kyndill rescue team

The rescue team Kyndill in Kirkjubæjarklaustur, South Iceland, was called out last night at about 6:30 pm to assist tourists, traveling west, who were stuck in their cars by Núpar, east of Kirkjubæjarklaustur, in blowing snow, where visibility was zero, mbl.is reports.

These were six tourists in three vehicles, according to RÚV .

The tourists were successfully transported to a hotel, but their cars were left behind. It turns out the vehicles, too, were stuck – frozen to the road, due to heat from the engine. When this occurred, wind gusts in the area were in excess of 50 m/sec.

Ring Road 1 has been closed since last night between Kirkjubæjarklaustur and Jökulsárlón glacial lagoon. 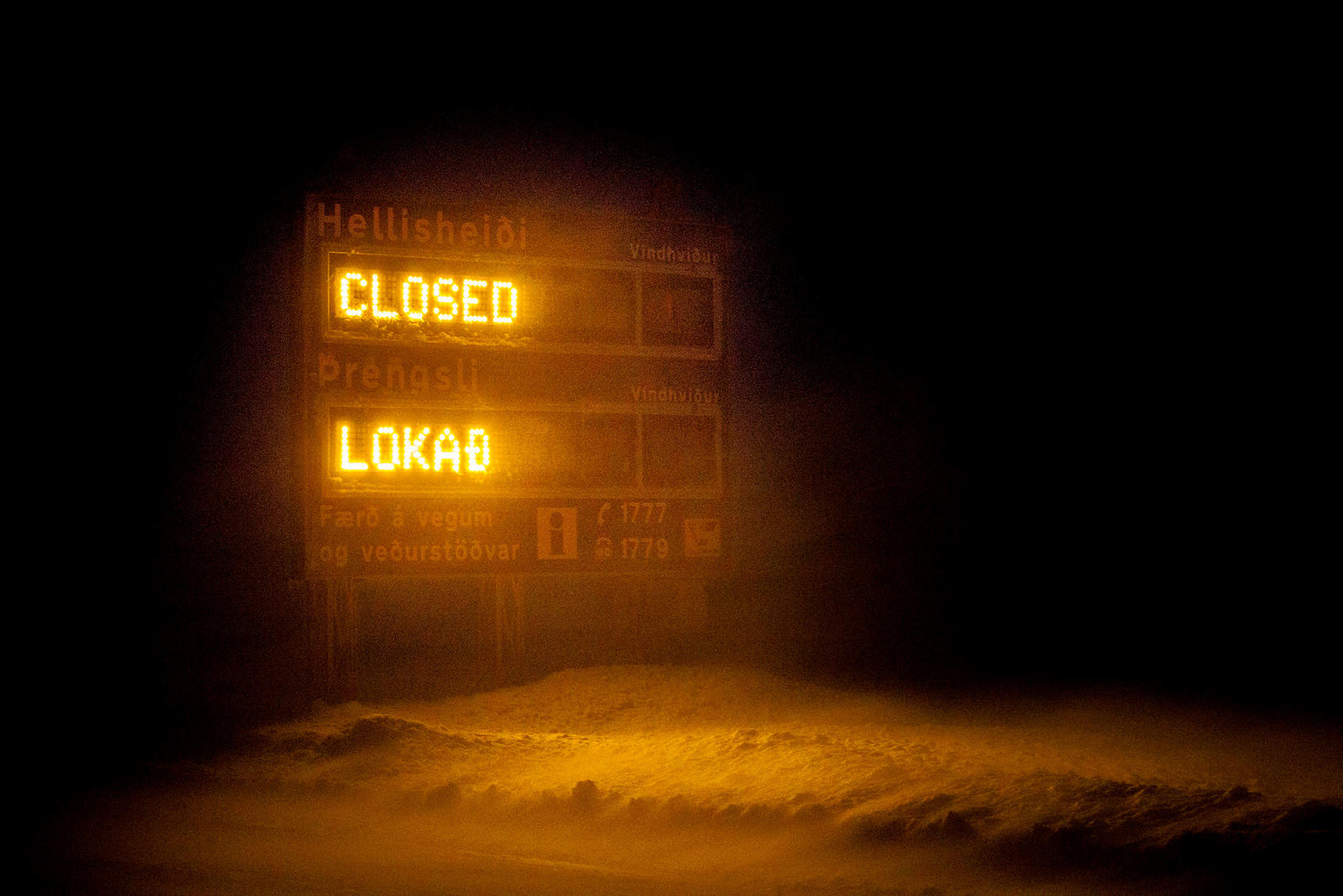 Some travelers disregarded signs, such as this one. Haraldur Jónasson/Hari

In Northeast Iceland last night, rescue teams had to come to the rescue of drivers who had disregarded road closures. The weather was severe last night and conditions for the teams were very difficult.

An orange weather alert remains in effect for much of the country, while there is a yellow alert in the northeast and southwest.

For the latest on weather warnings, go to en.vedur.is .

Looking at travel conditions on safetravel.is , you’re likely to see red in two senses of the term – literally, because numerous roads are marked red, indicating that they are closed, but figuratively as well, since those closures are likely to affect your travel plans.

Klébergsskóli  preschool and grade school in Kjalarnes , Southwest Iceland, is closed today, due to strong winds. Wind gusts in the area are expected to exceed 45 m/sec.

In Skagafjörður , North Iceland, the preschool, grade school and music school are closed for the day, due to the orange weather alert.

In Reykjavík, parents were asked to accompany children under the age of 12 to school today.

International flight service appears to be on schedule today, but Air Iceland Connect has canceled the morning  flight from Ísafjörður, the West Fjords, to Reykjavík.

Strætó bus service will be greatly affected today in the countryside. For updates, visit straeto.is and click on the trumpet in the lower left corner.

Below, you can see the vehicles that froze to the road last night: