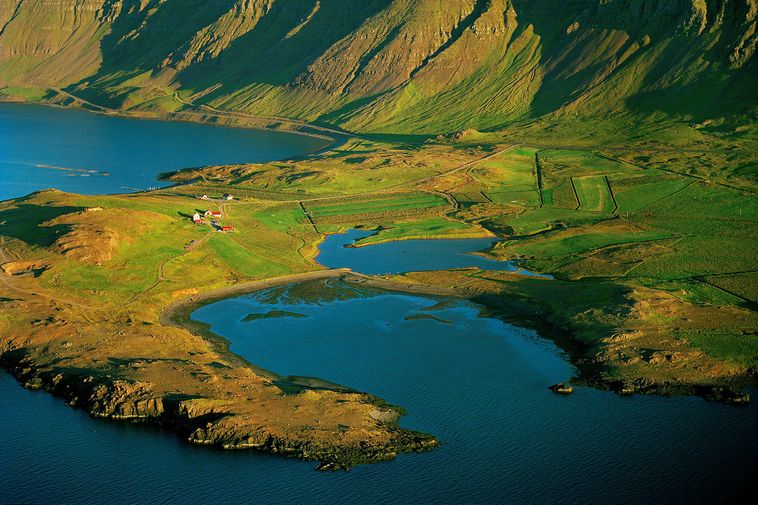 There are plans to build sea baths in Hvammsvík cove in Hvalfjörður fjord, West Iceland - a 40-minute drive from Reykjavík. The plans, which require changes to the current land-use, have been posted by the Kjósarhreppur district, Morgunblaðið reports.

They include a building for locker rooms and a restaurant, as well as a parking lot. A service building for up to 150 people is to be constructed, and traffic and the number of guests will be limited to protect nature and to ensure the best possible experience for visitors.

The sea baths are to be located at the site of the cove’s natural pool. A parking lot for 50 cars is planned, in addition to parking spots for 2-3 buses. The service building will measure 500 m2 (5,400 sq ft). Efforts will be made to use Icelandic material and Icelandic art as much as possible for the project. All the pools will be built of stones from the beach or the vicinity.

The building will have a sod roof and be inconspicuous, seen from the road. Five to six hot and cold pools will be built in the cove, designed to fill and drain with tidal movements. There will be two steam baths and an area for relaxation.

Skúli Mogensen, former CEO of WOW Air, purchased the land Hvammur and Hvammsvík from OR Reykjavík Energy in 2011. At the time, he told Morgunblaðið he had plans to use the land as a tourist destination and outdoor recreational area.