Can Silfra Remain Open to Tourists? 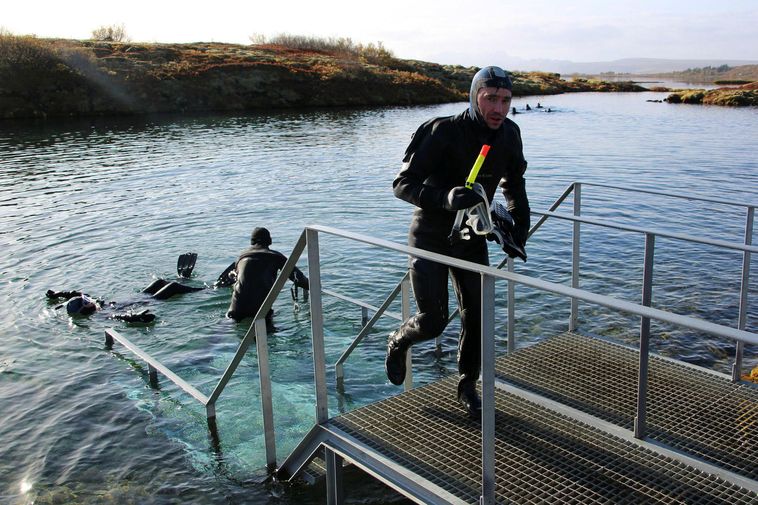 Mechtild Rössler, director of the UNESCO World Heritage Center has sent Icelandic authorities a letter regarding a complaint received regarding the protection of Þingvellir National Park – one of three sites in Iceland on the World Heritage List, mbl.is reports.

Authorities have been asked to provide information regarding tourist services in connection with the fissure Silfra, a popular place for snorkeling and diving. The complaint, sent to UNESCO by the attorney Jónas Haraldsson, has to do with the fact that seven companies, offering diving to tourists, get access to the fissure for a profitable purpose.

Up to 76,000 tourists a year visit Silfra for diving and snorkeling with a negative effect on its look and biological environment. According to the complaint, sent in early August, profit is put before protection, and the operation goes against conditions set for UNESCO’s world heritage sites. Jónas insists that improvements be made, that is, the operation be ceased, or else Þingvellir be removed from the World Heritage List.

Þingvellir National Park has been on the World Heritage List since 2004.  Alþingi, the Icelandic parliament, was established there in 930. For more information on Þingvellir, see UNESCO’s website.

The other two sites in Iceland on the World Heritage List are Surtsey island, inscribed on the list in 2008, and Vatnajökull National Park, inscribed this summer.

Presidential candidate Magnason speaks for the environment, culture and a new constitution