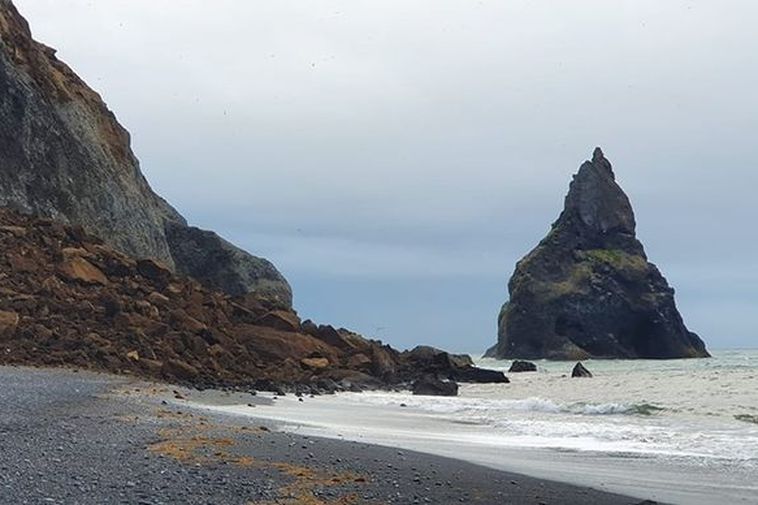 A large landslide occurred overnight on Reynisfjara beach, South Iceland - one of the country’s most popular tourist destinations. The easternmost part of the beach remains closed since yesterday, when rocks fell from cliffs by the beach, resulting in two tourists - a young man and a child - being slightly injured. The police were told that on Sunday, too, rocks were seen falling there.

Police officers from the South Iceland Police discovered the landslide early this morning. On their Facebook page, they report that when monitoring the area, they discovered that a large section of the rock face had collapsed onto the beach and into the ocean, which was colored brown. The Facebook post notes that police will investigate the matter today, along with specialists.

“We’re trying to close this better off,” Björn Ingi Jónsson, project manager for the Department for Civil Protection and Emergency Management, tells mbl.is. The conditions are such that we believe there is a risk of further collapse.”

“The landslide watch of the Icelandic Met Office will be coming to look at this more closely and see if there are more crevices,” he explains. “They will assess whether there is a risk of further landslides. That’s the status at the moment. We don’t have a comprehensive overview of this yet, and there is an enormous amount that has collapsed [from the rock face].”