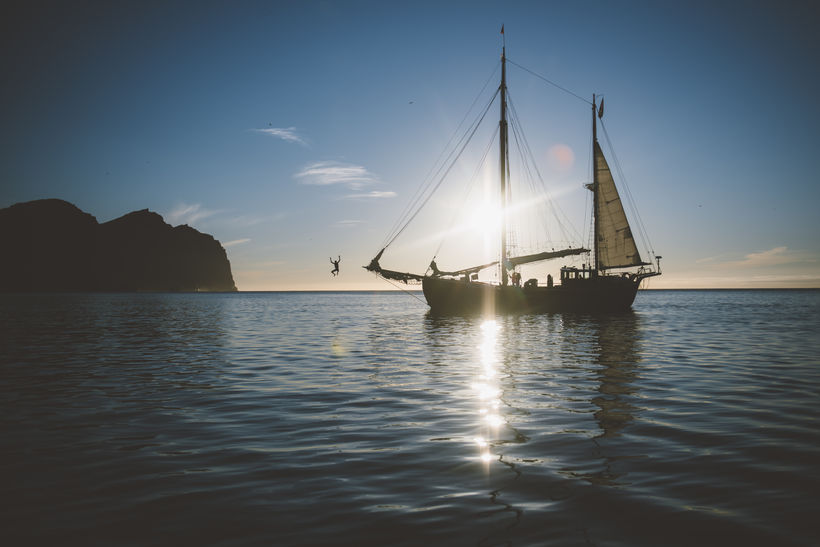 A magical moment on the sailboat. Photo/Kelvin Trautman

A new kind of trips, offered by Inga Fanney Sigurðardóttir and the Ísafjörður-based sailing company Aurora Arktika , has gained attention lately for combining sailing and running. Inga Fanney serves as the running guide, having extensive experience as a mountain guide.

“A sailboat and running trip includes traveling by sailboat to the point of departure for the run,” Fanney tells mbl.is . “That’s where runners go ashore in a light boat and run a certain route, meeting in the end up with the sailboat. Most often, the sailboat sails from fjord to fjord, while the runners cover a similar distance on land.” 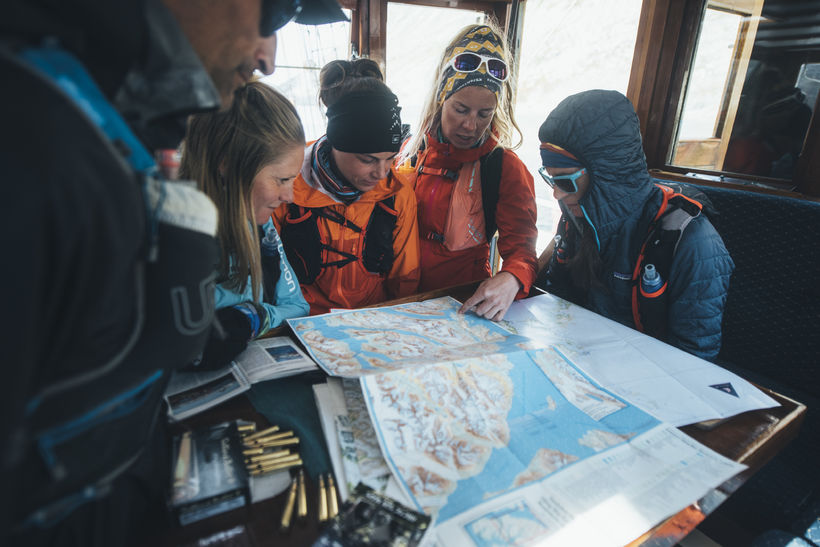 Inga Fanney, planning the next move with the runners. Photo/Kelvin Trautman

Every day, you must play things by the ear, depending on weather, Fanney states. She mentions a trip planned July 8-13 to Hornstrandir, the West Fjords. “The first day, we plan to sail from Ísafjörður fjord to Hesteyrarfjörður fjord and run there. We’ll also use the time for looking at old relics from the whaling station and stop by the doctor’s house.” 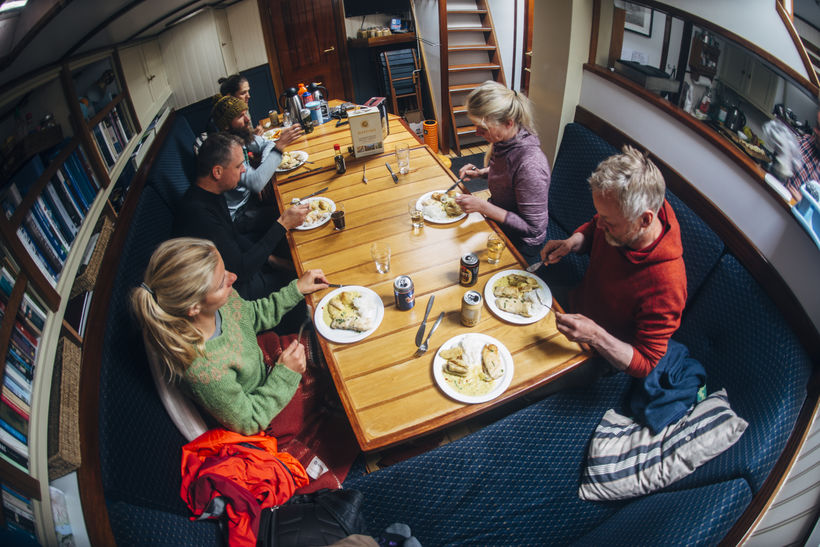 Enjoying dinner on board the sailboat. Photo/Kelvin Trautman

“A typical day starts by getting up on the boat, having breakfast and reviewing the plan for the day. We get ready by putting on our running clothes, making sandwiches and getting our backpack ready. Then the captain takes us ashore in the light boat … We make frequent photo stops, and stop to have a bite to eat. At the end of the run, the captain picks us up and takes us aboard the sailboat.” 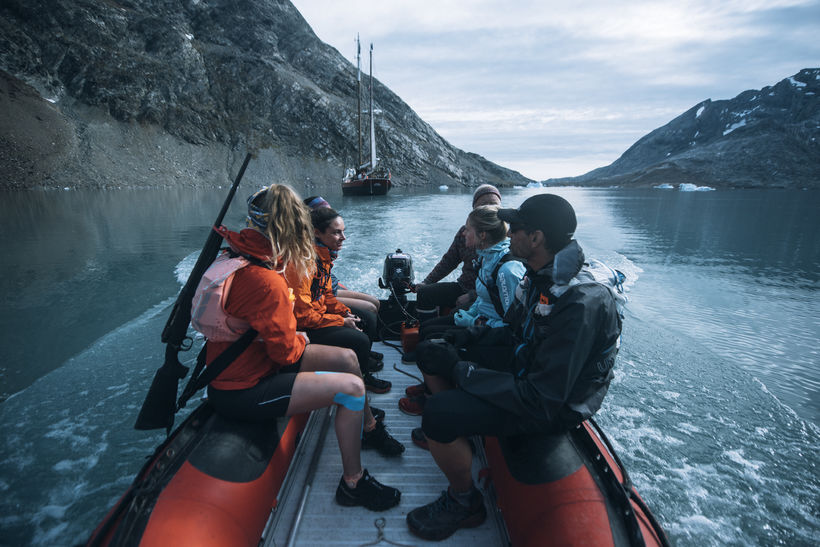 From a trip to Greenland. Photo/Kelvin Trautman

This summer, a sailboat/running trip in East Greenland will be offered for the fourth year in row. Most of the participants will be flying into Kulusuk, where the sailboat awaits them, ready to take them on an eight-day trip in East Greenland. In June, a similar trip in South Greenland will be offered for the first time, where runners will fly into Narsarsuaq to meet with the captain of the sailboat.

The sailboat/running adventures have been popular among Icelanders and foreign tourists alike.