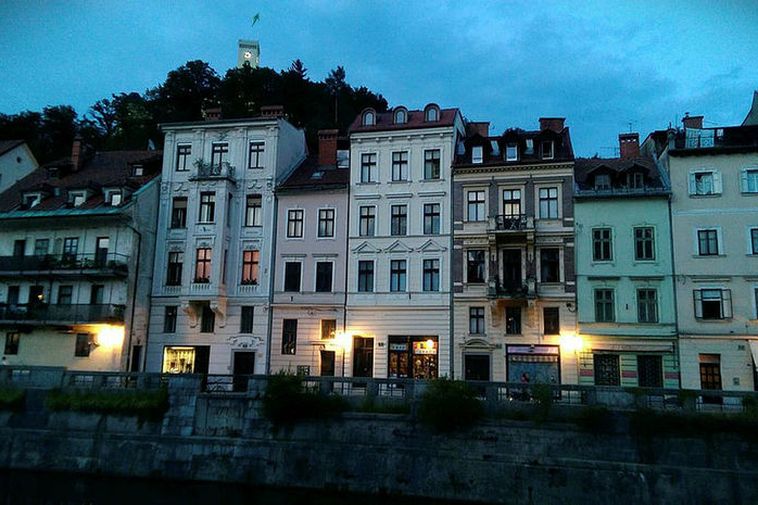 From Ljubljana, the city in Slovenia where the real Urha Polona lives. She, too, is a victim of the fraud. Photo/Wikimedia commons
Vala Hafstað
vala@mbl.is

“This is fraud. Don’t book, buy or rent anything!” These were the words of the person who picked up the phone at an accounting firm in Ljubljana, Slovenia, when a journalist from Morgunblaðið called to inquire about apartments for rent in Iceland. A woman by the name of Urha Polona, an accountant at the firm, is listed as the owner of numerous apartments for rent in Iceland, some of which used to be listed in the real estate section of mbl.is.

Recently, these ads have been used to deceive unsuspecting customers, who have subsequently lost hundreds of thousands of Icelandic krónur. After reporting on the fraud and interviewing people who had fallen into this trap, Morgunblaðið decided to track down the person listed as the apartments’ owner.

What the journalist discovered, once he called the work phone of a person by this name, was that she, too, is a victim of the swindlers. It turns out that her passport was stolen six months ago, making her the victim of identity theft and, as a result, her name is now associated with numerous apartments for rent, all over Europe. She reported the theft to police right away. “This is not limited to Iceland,” she stated. “My name is listed for apartments in more than ten countries [in Europe].”

The swindler using Polona’s name tricked a North American couple into paying ISK 380,000 (USD 3,100; EUR 2,800) as a security deposit for an apartment in Reykjavík. A Polish woman lost ISK 400,000 (USD 3,300; EUR 2,900) for the same reason. A 29-year-old Icelandic man came close to renting an apartment in Grafarvogur, Reykjavík, from the same person, but decided against it at the last minute.

In emails to the victims, the swindler claimed to be a single mother from Slovenia, living abroad. Some were told she lived in Berlin, others that she lived in Dublin. The apartment in Iceland was supposedly one “she” owned following a divorce. A security deposit had to be paid before “she” could fly to Iceland to show the apartment and deliver the keys. Airbnb was said to make sure the deposit was safe. The customers were then referred to a website that was made to look like that of Airbnb, where the victims paid their deposit.

Shortly after the deposit was paid, an email arrived, saying the rent agreement had been canceled, but promising a refund from Airbnb in two to three weeks.

Polona reports she has received numerous phone calls from people who were deceived. Investigation of the case is going slowly, she laments. Apparently, not much can be done.