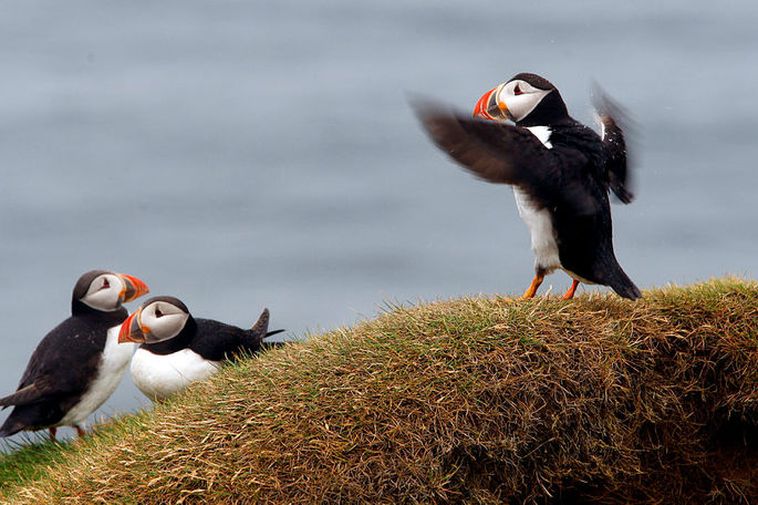 The puffin has arrived in Vestmannaeyjar islands. Numerous puffins were spotted in the Stórhöfði promontory Monday night, according to Morgunblaðið. Eyjar.net, a local news website serving the islands, reports that this spring’s first puffins were spotted by Dalfjall mountain Sunday night.

In Vestmannaeyjar islands, the puffin is just as important a harbinger of spring as is the golden plover. “Summer is clearly here,”  remarked Sigurður Guðmundsson, who spotted the puffins in Stórhöfði on Monday. High winds on the islands in recent days have made conditions for the puffin’s arrival less than ideal.

Erpur Snær Hansen, biologist at South Iceland Nature Research Center, reports that the arrival of the puffin since 1953 has on average been around April 18. Last year, the birds arrived on April 19 and on April 16 the previous year.

The puffin arrives earlier in North and East Iceland. According to Erpur, puffins make their landing first in East Iceland, then in Steingrímsfjörður fjord in the West Fjords, followed by North Iceland and West Iceland. South Iceland is the last part of the country to receive the puffin.