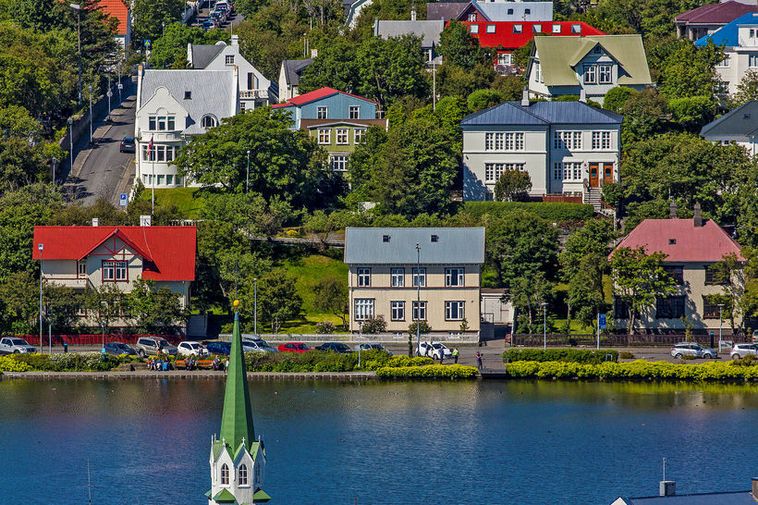 A cat named Grímkell somehow got himself stuck on a tiny island in Lake Tjörnin at the centre of Reykjavik last night. Police were notified that a cat meowing very loudly was stuck on the island and an extensive operation ensued.

A policeman first tried to wade into the small islet but got stuck in mud and had to return back to shore. The next step was to call the fire department to see what they could do to help.

Four fire fighters arrived at the scene and one attempted to wade to the islet like the policeman. He also got stuck and had to return to shore.

Next, a ladder was placed from the shore onto the island so that the fire fighter could get across to it. This almost turned out to be a disaster because before he could get to the cat he got stuck in mud. He finally got himself unstuck, rescued the cat and got back to shore.

According to the Reykjavik Metropolitan Police Grímkell was a gentle, docile cat but was meowing a great deal. The person who first spotted Grímkell out in the island volunteered to take Grímkell back to his owners.