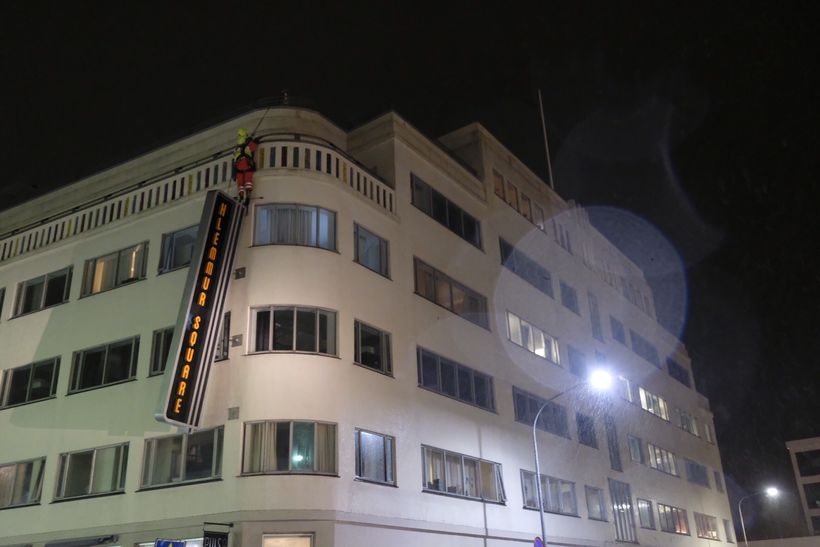 A huge, heavy aluminium sign at Hlemmur Square hotel in central Reykjavik hung by a thread a little earlier this evening and had to be cut down by rescue team members. "There have been too many storms in Reykjavik this winter, some screws must have come loose," said hotelier Klaus Ortlieb, one of the hotel owners.

He adds that the sign has been hanging there ever since the hotel opened some four years ago and regularly undergoes security checks, the last one being in October. 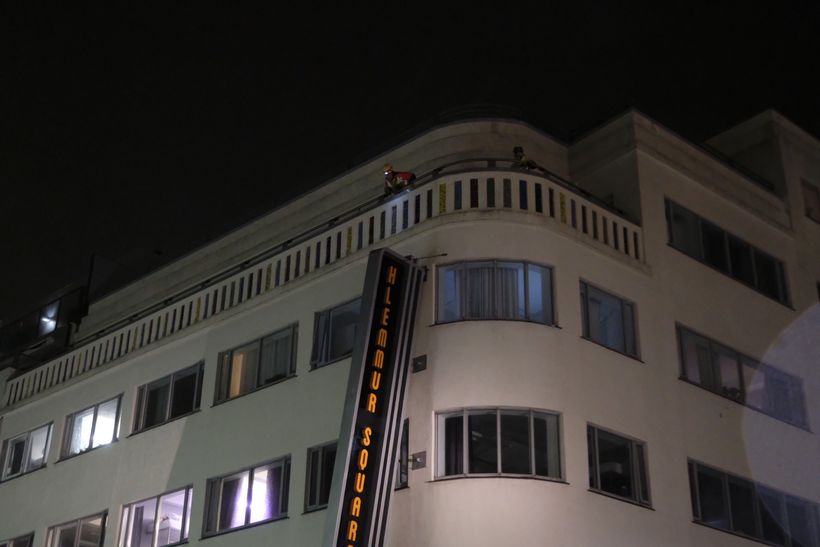 The sign is around four metres tall and half a metre in width and weighs 200 kilos. Ortlieb, who was hosting an event surrounding the first bitcoin ATM in Reykjavik being installed in his hotel says he called the police when the sign came loose as he was worried about pedestrian safety. Their response was to tell him that it was his sign and his responsibility. He then got his staff to divert pedestrians to the other side of the road. 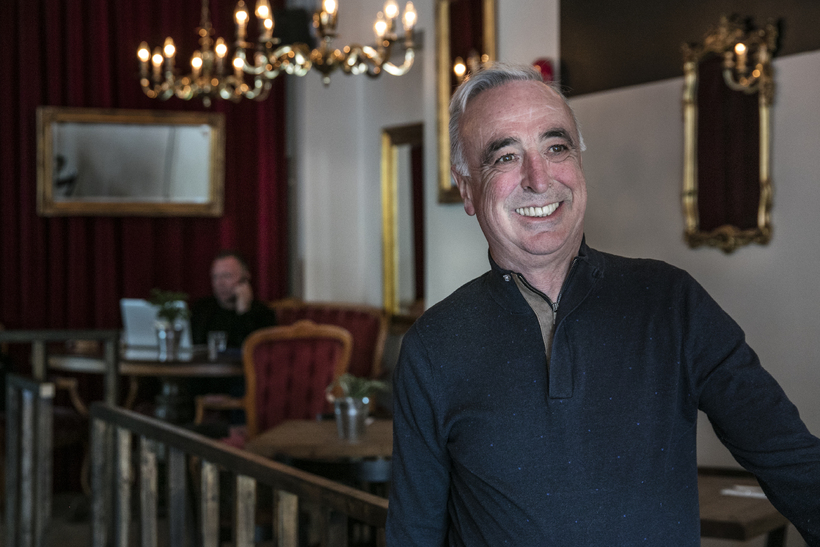 Through some guests at the bitcoin event he got hold of the SAR team who arrived at the scene. "They are absolutely lovely and really helpful," he says of the seven rescue team members who cut down the sign. "I can't say the same for the police."

He added laughing, "I've never seen so many tourists standing in the rain, taking photos." 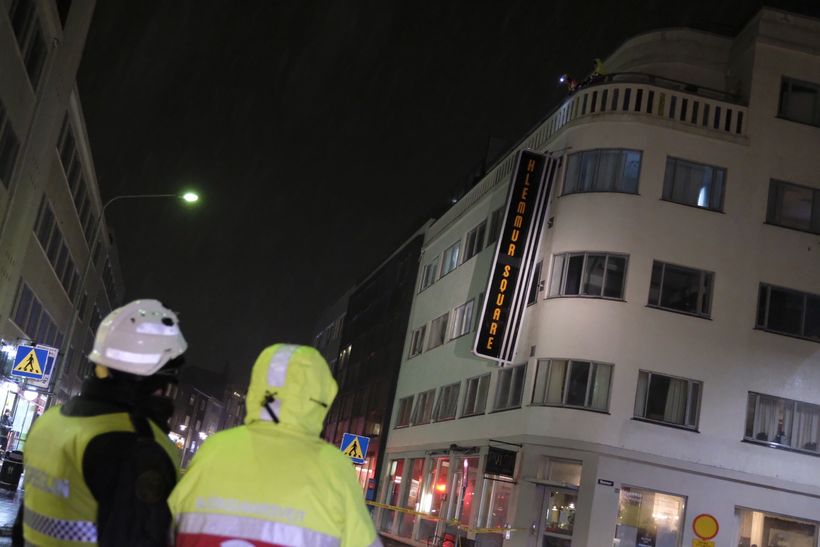