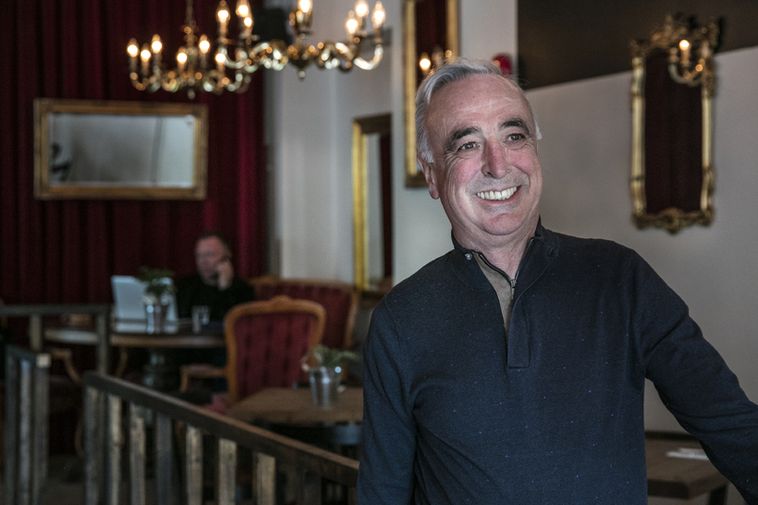 Hlemmur Square hotel, located at Hlemmur square, introduces Reykjavik's first Bitcoin ATM machine tonight. German hotelier Klaus Ortlieb gains no revenue from the machine but says he likes to give something back to Icelandic society.

"I thought it was an interesting idea because it can be hard to change Icelandic kronur into a different currency abroad. Instead of going to the bank, the hotel guests can change Icelandic kronas into bitcoin before leaving Iceland," says Ortlieb in an interview with mbl.is. He adds that the ATM is available to anyone inerested.

German hotelier Klaus Ortlieb has an experience of more than thirty years in the business. His extensive background  spans everything from the elegance of Claridge's in London to the hip Cooper Square,  Hotel on Rivington, The Mercer, Gotham hotels and many more New York to the glamorous Hotel Modern in New Orleans.

According to Ortlieb people have to simply put cash into the ATM to buy bitcoin which is then transferred into the bitcoin account of the person. You therefore have to have a bicoin account, or create a bitcoin wallet as it's called, before using the ATM.

The bitcoin ATM is connected to a bitcoin market and the company running the machine takes a service charge of between 3- 5 percent. In addition to bitcoin you can purchase Zcash, Ethereum, Litecoin and Bitcoin Cash. „Our guests are tech savvy and they will take a lot of interest in this. In the world in general there is a growing interest in bitcoin. "

Asked whether such an ATM is trustworthy he replies that his staff have already tried it. "They put cash into the machine and within a few moments they had bitcoin transferred into their bitcoin wallets."

Asked about the business model around the ATM machine he replies, " I don't get any revenue out of this machine. I'm doing this to give back something to the community."

Tonight, Hlemmur Square is hosting a special event to introduce the machine to the public between 7 and 9 pm, with a live DJ and offers on drinks.