Why do tourists visit Iceland in February? 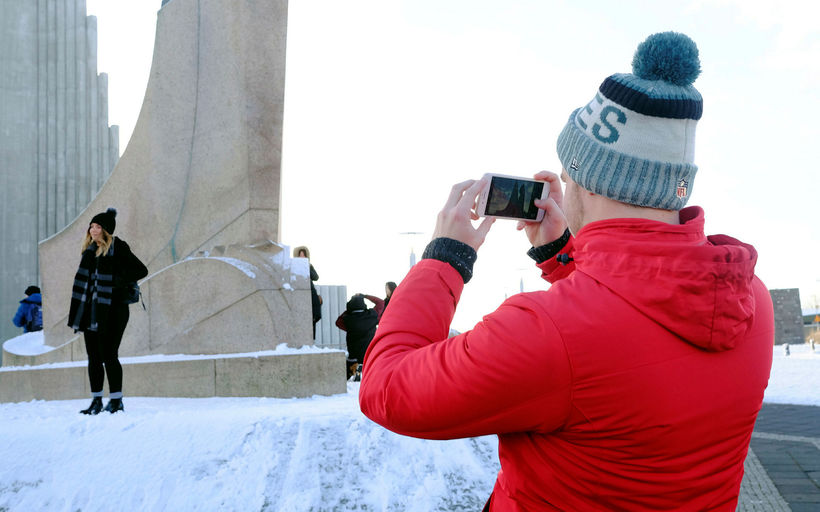 There are plenty of tourists in Iceland in February despite the cold and snow. Photo/ Ásdís Ásgeirsdóttir

This weekend's edition of Morgunblaðið published interviews with tourists visiting Iceland to find out what on earth they are doing in Iceland in stormy, cold February!

"We are from Italy, but I was born here," says Rósa Ýr Rancitelli who is visiting Iceland with her husband Alessandro Amadei and their youngest daughter, Dorothea Líf. "My mother is Icelandic and I lived here until I was five. I speak a little Icelandic," she says and laughs. "We're from a tiny village near Rimini on the East coast of Italy. My dad is Italian. He stopped over in Iceland on his way to the US and met my mum. He ended up staying here for ten years!" she laughs and says that her parents now live in Italy.

"I'm here because I love the Icelandic winter and we wanted to visit my grandmother who is 98 years old. I love the snow and the storms. We don't get that in Italy." Her husband says he likes Iceland in winter. "It's not too cold. I appreciate how relaxed everything is here.  Much more so than in Italy. It's a small city and you can walk everywhere. The landscape is unique." And what's the difference between Italian and Icelandic women? "The Icelandic ones are more beautiful," he replies and they both laugh. 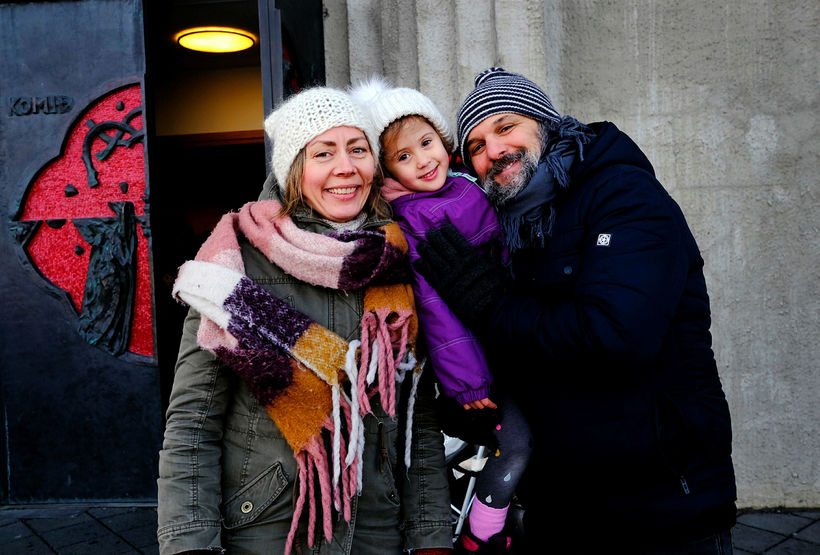 Rósa, Dórothea and Alessandro are happy about the Icelandic winter. Mbl.is/ Ásdís Ásgeirsdóttir

Trip to the Secret Lagoon

New Yorkers Rose Feuer, Harold Trieber and Sarene Shanues are in Rammagerðin, a tourist shop on Skólavörðustígur where they are shopping.

"We thought we'd see the Northern Lights, which we still haven't seen. And coming to Iceland was on everyone's wish list. We don't let the cold stop us, it's colder in New York. But we thought that the landscape would probably be beautiful covered in snow and that there would be fewer tourists, which was true. It's been wonderful. Absolutely. To see the expanse of wilderness and see the sun rise," she says. "And the people are really friendly," adds Harold.

"We've been across South Iceland, we saw the black beach and stayed in Vík. We also went on a Golden Circle tour and to the Secret Lagoon." 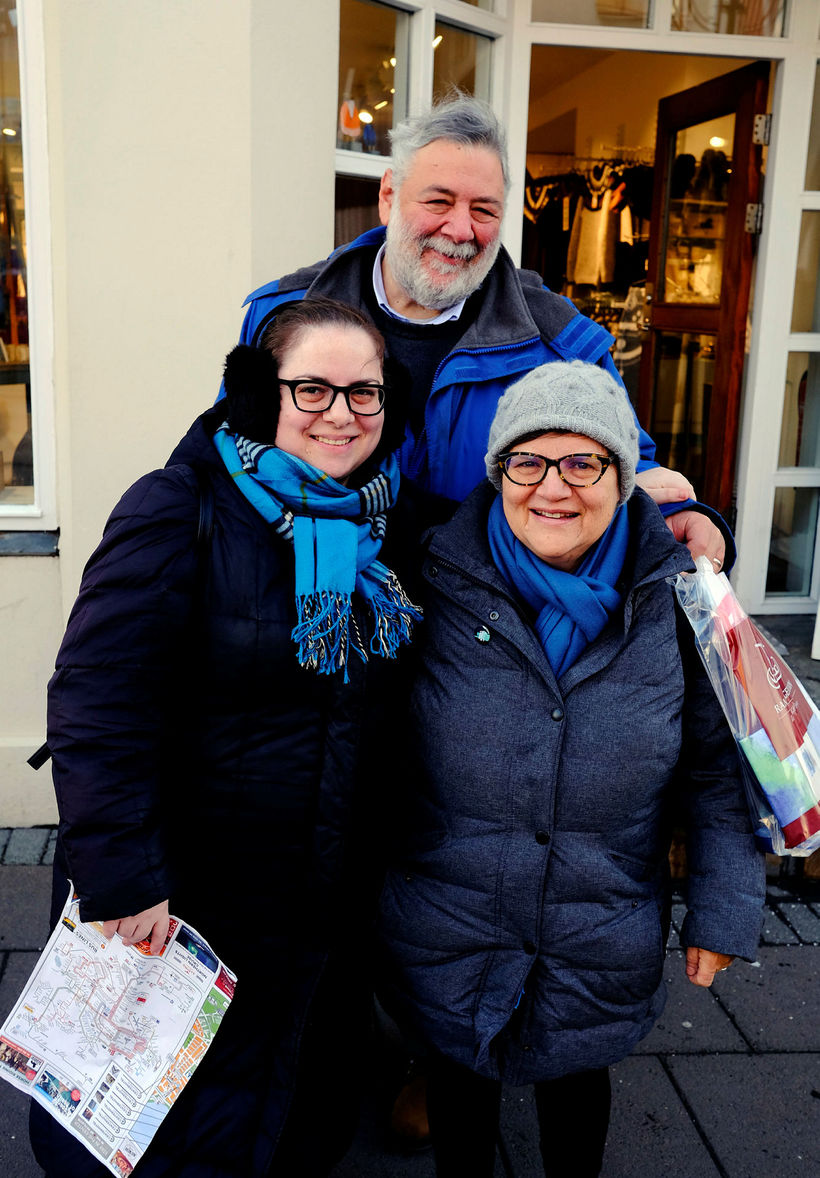 The New Yorkers are happy about their stay in Iceland despite not having seen the Northern Lights. Mbl.is/ Ásdís Ásgeirsdóttir

Here to see the Northern Lights

Four friends from China are at the statue of Viking explorer Leifur Eiriksson at Hallgrímskirkja church. They are from South China and are called Man Chen, Suki Chen, Suyi Zhao and Chinki Chen. They all work in the design industry where the met and decided to go on a trip to the Nordic countries. "We're here for the first time. We came to see the fantastic nature here and the Northern Lights." They like the winter, they say. "It never snows in China, at least not where we live. We knew a little bit about Iceland which we read on the internet." What surprised them the most was the vastness, the open spaces. "We can see the mountains from the city. And see very far. " 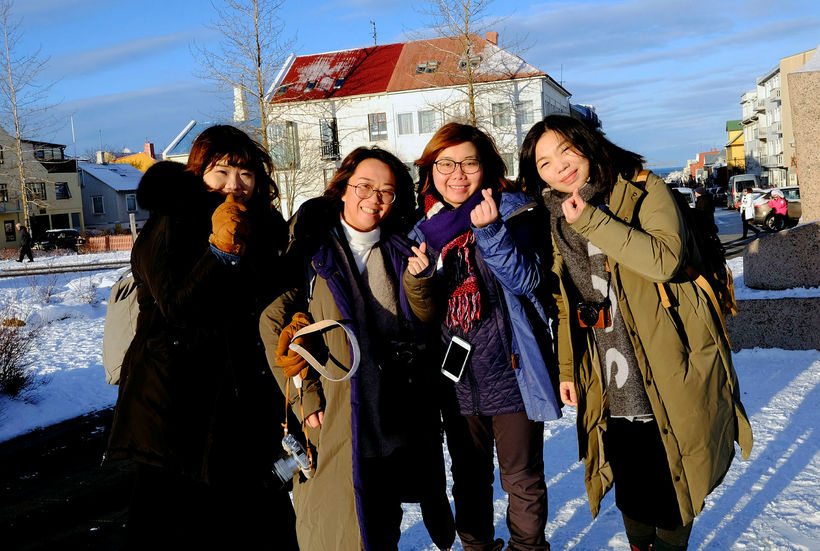 Erasmus students on a trip

Ainhoa Arriero Castano and Beatriz Cabezas Rodriguez are from a town near Madrid in Spain. One of them is an excange student with the Erasmus programme.

"I'm studying biology through Erasmus. I came here last August. I'm staying for a year," says Ainhoa. "I love being here, I'm without words. Everything is amazing and so different to Spain, both the culture and the language," she says. "I'm used to the cold now," she says smiling. Her friend Beatriz is studying in Belgium and is here visiting her friend. Both think that Icelandic men are quite different to the Spanish ones. "They're so cold here. They keep their distance." 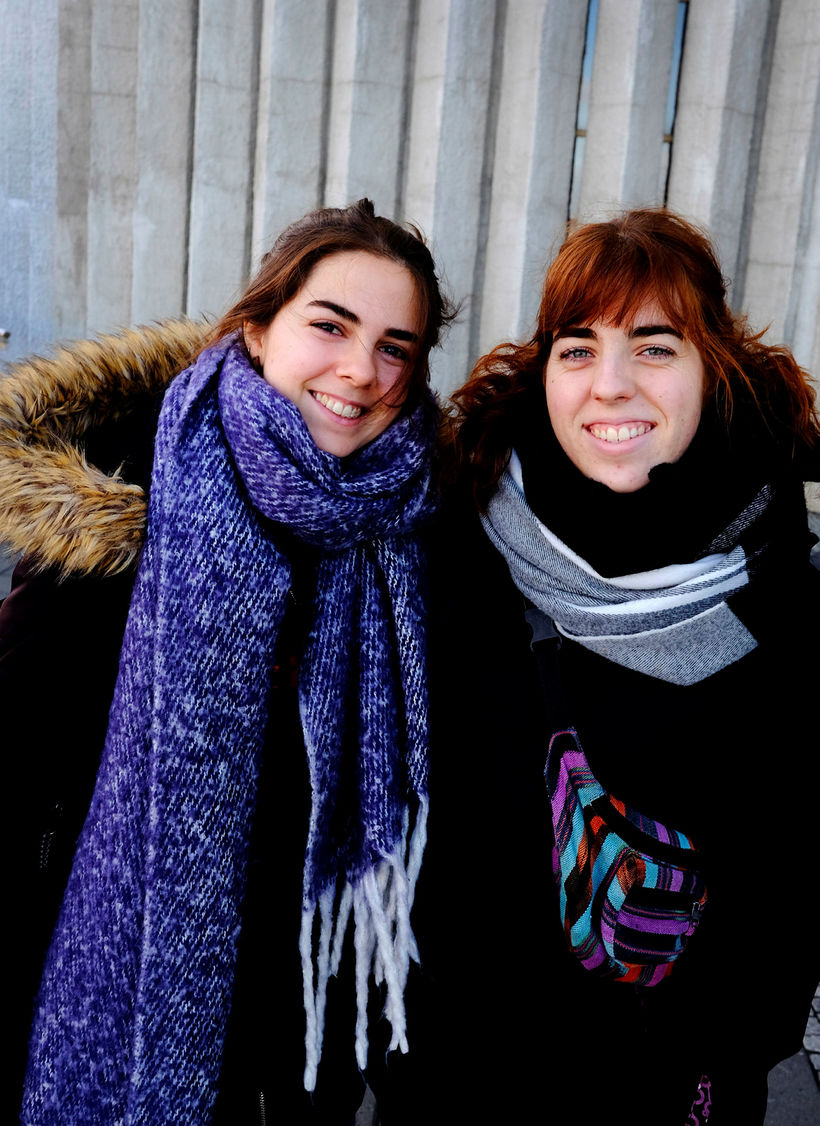 Friends from Spain think that Icelandic men are more aloof than the Spanish ones. Mbl.is/ Ásdís Ásgeirsdóttir