Nature sailing in the high north 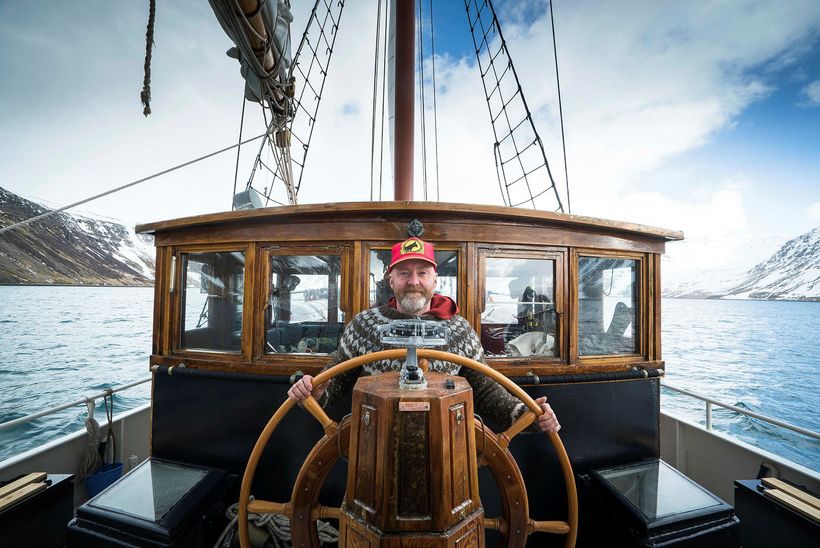 Sigurður Jónsson, also known as Búbbi from Ísafjörður, treats the clients on his schooner like good guests and travelling companions as he shows them the magnificent Icelandic nature from the point of view of the sailor that he is. On board he cooks succulent dishes for them and only uses ingredients straight from the nature that surrounds him.

According to an article in Morgunblaðið, all his life Sigurður has had a love relationship with the sea and the mountains of the Westfjords, and now he invites tourists on board on his sailboats to enjoy his famous hospitality. 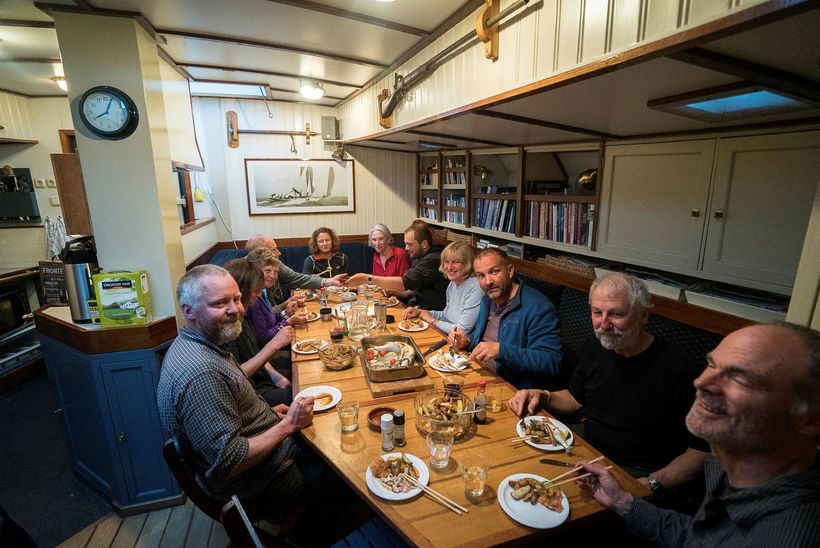 Sigurður cooks delicious meals for his guests and travelling companions.

Homelike ambience in the midst of nature

"It´s not only about the sailing but about the mountains and the nature. The schooner is in fact a floating mountain cabin that sails between destinations where people can go mountain climbing, skiing or enjoy the nature in other ways," Sigurður says.

Sigurður's schooner has been described as classy restaurant in the evening, when he cooks marvellous food with natural Icelandic ingredients such as fresh fish, lamb and vegetables, along with fresh spices like thyme. 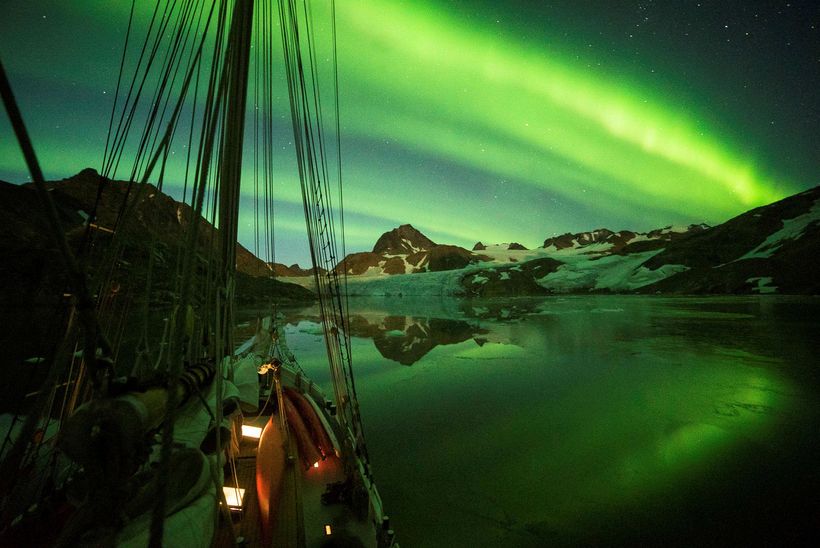 The marvelous northern lights often show up at the sailing trips.

"I see it as if I'm inviting people home. These are my guests and I treat them like we all do when we get good guests over for dinner," says Sigurður and points out that a big part of the experience is to enjoy this homelike ambience while travelling with him in his beloved nature.

"In the beginning my plan was just to do something I enjoy. This all started as a summer job in 2005, but became a year-round work in 2008. I studied to become a ship technician and to begin with that was my job during winter. After a while having two different jobs, I found that I was doing neither job well enough so I had to choose between the two." Sigurður chose the sailing and does not regret that decision. "This is what I love and what I do during my time off. All days at work are fun," he says. 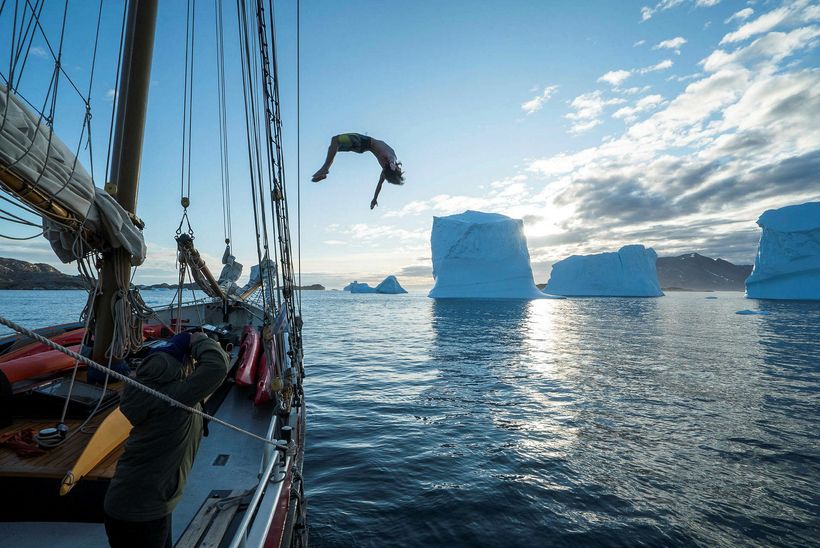 Today Sigurður keeps two schooners, Arktika and Aurora, and sails with foreign tourists to Greenland and Jökulfirðir, or "glacier fjords"; five fjords in Westfjords , situated south of the Hornstrandir peninsula . He says t he calmness, the few people and the snow is what the tourists are pursuing.

"These trips last from five days up to a few weeks. We mostly stay here in the Westfjords but we also sail up to the East Coast of Greenland," Sigurður explains, but he has also taken tourists to Jan Mayen, which is a Norwegian volcanic island situated in the Arctic Ocean, north of Iceland, East of Greenland. Those trips are shorter. 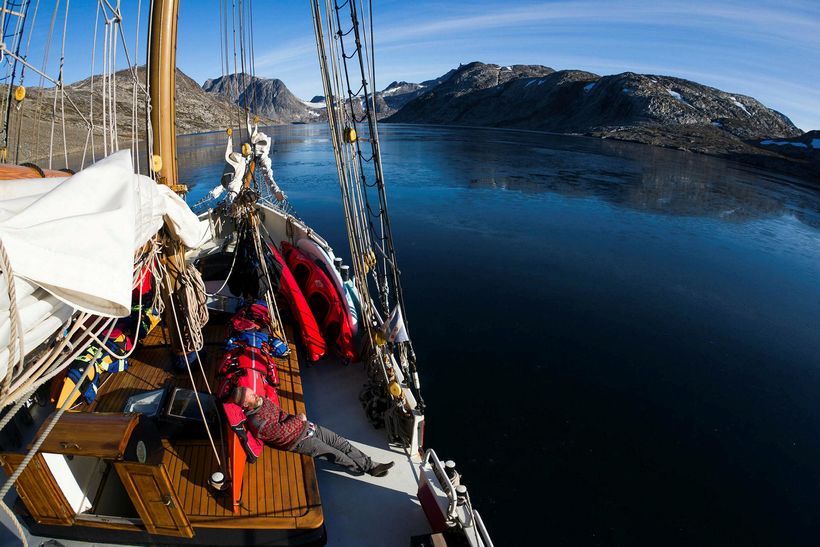 Relaxing on the schooner surrounded by the mountains and the sea.

The first months of the year Sigurður mainly does skiing trips, where he sails people in and out of snowy fjords. "People can walk up the steep mountain sides and ski down," Sigurður says, and adds that people do not have to have any prior sailing, skiing or mountain climbing experience to come on a trip with him.

„My clients are all in a different shape, but mostly they are people that love the outdoors and want to experience the nature in another way then driving around Iceland," Sigurður says and emphasizes that on all his trips nature is enjoyed and treated with respect. 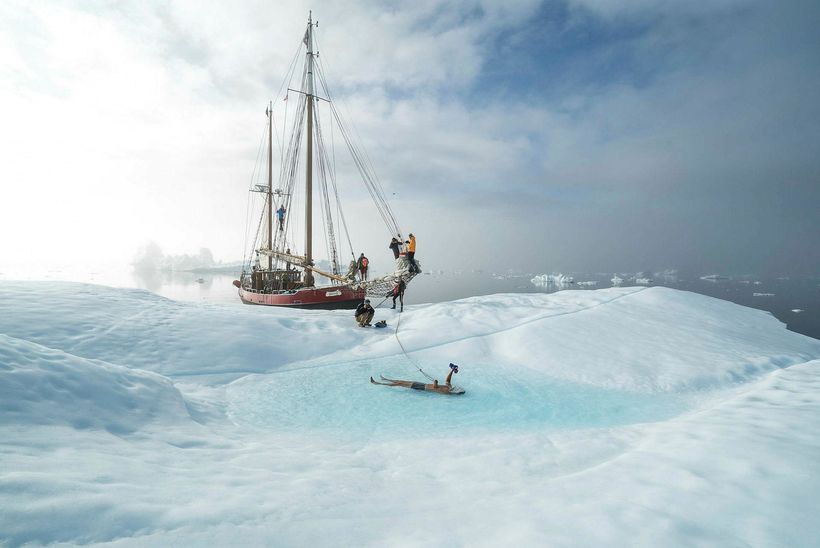 Sailing to the north of the north.