Swan takes down a drone in Iceland 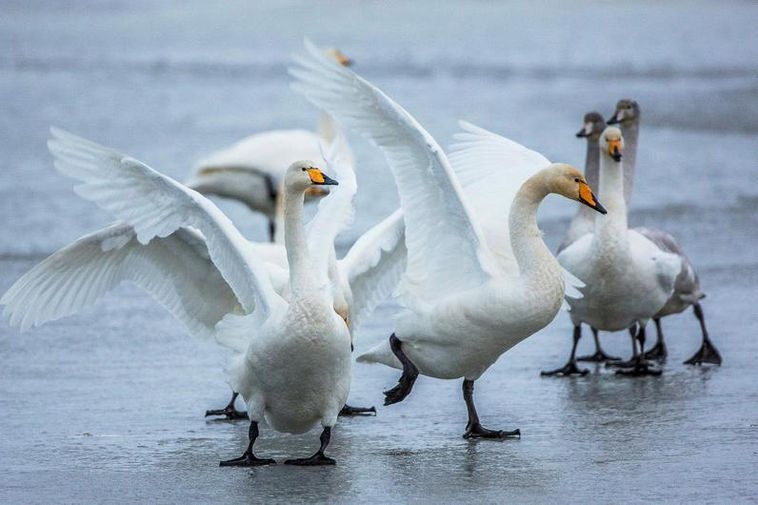 Swans didn't appear to like being photographed by a drone. mbl.is/Ómar Óskarsson

A swan knocked down a drone flown by a group of Indian tourists yesterday in Iceland. Eye witness Bergsveinn Reynisson says that a gropu of 300 swans were flying when a drone appeared on their eye level.

"They didn't look too happy about the drone coming closer. It's as if something was invading their privacy," says Reynisson speaking to today's Morgunblaðið. "Finally one of the swans knocked the drone out with its wing."