Friends Leon Drannaschk from Berlin and islander Elmar Erlingsson brought in the eighth puffling yesterday to Sæheimar research centre to be weighed. Photo/Sæheimar

It's that time of year again in Iceland, the annual baby puffin, or puffling, rescue in the Westman Islands.

Usually it's the children of the islands who run around coming to the aid of pufflings  who have wandered out of their nesting holes and into town. This is an annual occurrence in the islands when the fledglings are trying to find their way from their nests and into the ocean.

Puffins nest in clifftop colonies, digging a burrow in which a single egg is laid. The puffin chick, known as a puffling,  feeds on whole herring and after about six weeks the fledgling makes its way from its burrow at night towards the sea.

Many pufflings get lost along the way and are found all over the town of Vestmannaeyjar, much to the delight of the younger generations who are happy to help them out.

The lost birds are bundled up into buckets, shoe boxes or simply scooped up into children's arms who then take them to be weighed, to check up on stocks, and then down to the seashore where they're released.

Yesterday afternoon, eightpufflings had been weighed at Sæhemar in the Westman Islands. The height of the puffling gathering is in September and last year, over 2000 pufflings were weighed at Sæheimar before being released. 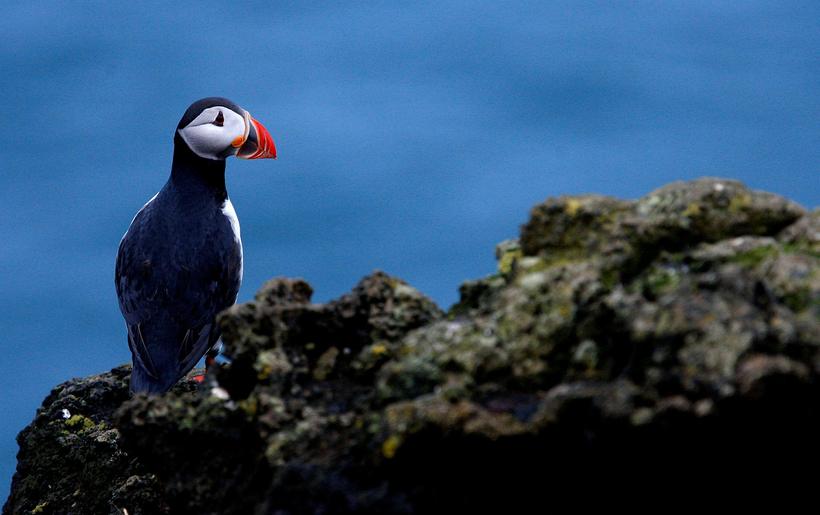