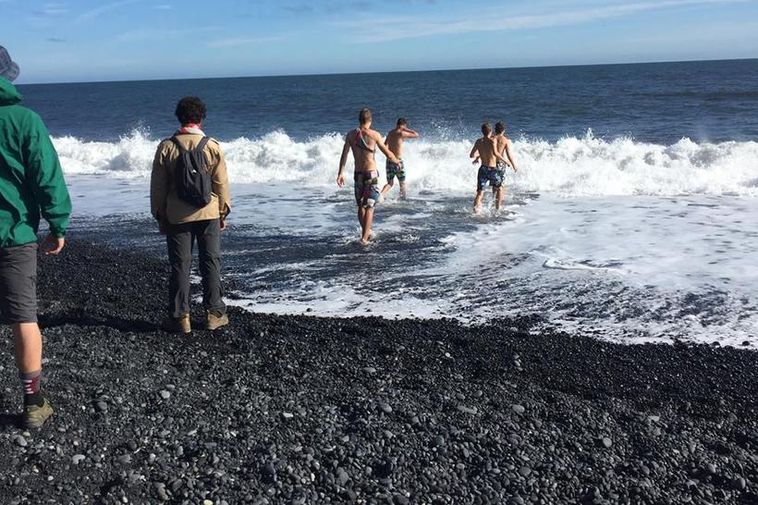 By no mean should anyone ever go swimming at Reynisfjara beach. People need to stay far away from the surf because of sneaker waves. Photo/Vigdís Hauksdóttir

A group of boy scouts were observed swimming at Iceland's most dangerous beach yesterday, diving in and letting the waves catch them. The undercurrent at Reynisfjara is extremely strong and the beach has claimed two lives recently.

Former MP Vigdís Hauksdóttir spotted the young men in the waves. "What I found most incredible is that the group was a group of scouts. We were very shocked by this behaviour," she says. She was travelling with a group of Scandinavian tourists.

"Icelanders have been trying their hardest to warn people of the dangers of the beach. There are fences all over the place, and plenty of signs, even in Chinese, the access to the beach is nice and the restaurant has been developed. It's all as best as it could be."

She adds that she finds it sad that locals are blamed for when something happens at the beach.