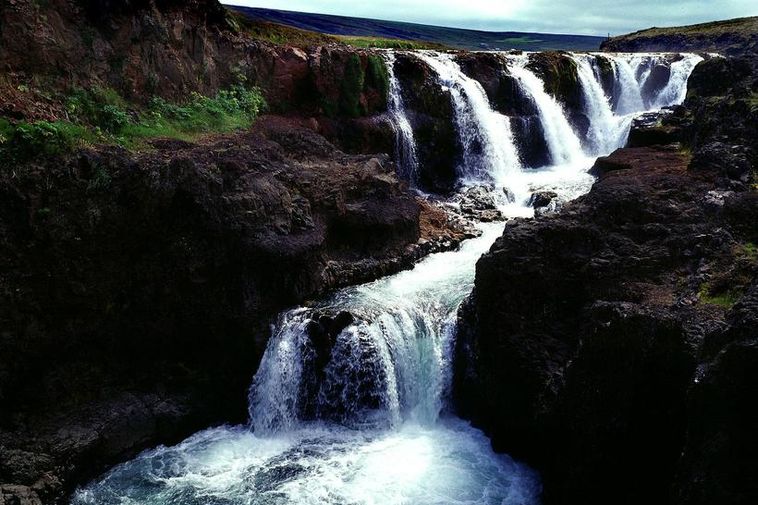 Kolugljúfur is a deep and magnificent canyon in the Víðidalsá river. mbl.is/Brynjar Gauti

"We've been really worried that an accident is waiting to happen here. Tourists go right to the very edge and on top of that they stand on the bridge where there's heavy car traffic," says Örn Óli Andrésson, farmer at Bakki in Víðidalur, North West Iceland.

He's speaking about the conditions at Kolugljúfur, a canyon that has fast become very popular with tourists. He's now taking measures to improve safety in the area and will be starting to charge per visit.

The Icelandic Tourist Bureau has listed Kolugljúfur as one of the ten most dangerous tourist spots in Iceland. Kolugljúfur is a deep and magnificent canyon in the Víðidalsá river. The river plunges into the canyon forming the Kolufossar waterfalls. The canyon is named after a female troll called Kola who according to legend used to live just near where the bridge is now.

Andrésson adds that tourist traffic has rapidly increased and this summer he's seeing around 35 cars per day, 3- 5 larges coaches and 3-4 smaller ones.