Icelandic farmer outraged as tourist poops next to postbox 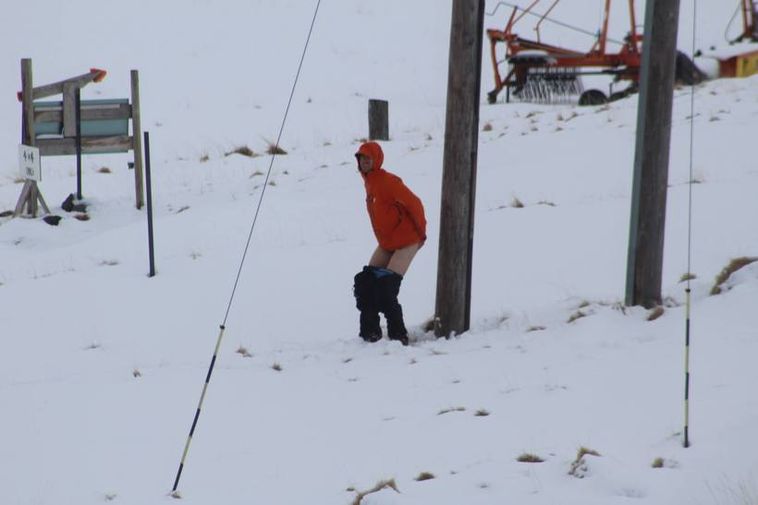 The man decided to poo at the post box. He just smirked when the farmer told him it was disgusting. Photo/Þorkell Daníel Eiríksson

Farmer Þorkell Daníel Eiríksson in Fljótsdalur, South Iceland,  was less than pleased at the sight of a tourist with his pants down doing a number two at the farm's post box in the driveway. He has had enough of tourists pooping wherever they please in Iceland.

In fact, Eiríksson was so upset that he took photos of the occurance and shared them on his Facebook page. The post has gone viral in Iceland. "I've had it up to here with tourists doing this and it's only getting worse," he wrote.

"This shithead decided to do a shit just by our home, he almost shat into the post box itself," said Eiríksson speaking to mbl.is.

He adds that the man had parked his car next to the post box and then proceeded to go to the toilet. The man then walked on skis up to the farm where Eiriksson stopped him in his tracks and asked him where he was going. "I told him this was not a parking lot and certainly not a toilet,and he just replied, "so" and started arguing. I asked him whether he did this kind of thing at home and how he would feel if I did the same thing in his home, and he just answered "yes." I told him I thought this was disgusting and he just gave a smirk."

Fljótsdalur is the innermost farm in the lush Fljótshlíð valley and Eiriksson says that plenty of tourists stop there to go to the toilet. "It's certainly not a good experience. And sometimes when you take the dog out for a walk and he rolls around in something and you start wondering, is that from a sheep, a horse, or a human?"

He has suggested to the district council that a public toilet should be put up in the area. "But then the question is why should the county put money towards people that leave nothing behind."  Well- that is to say, nothing but poo.